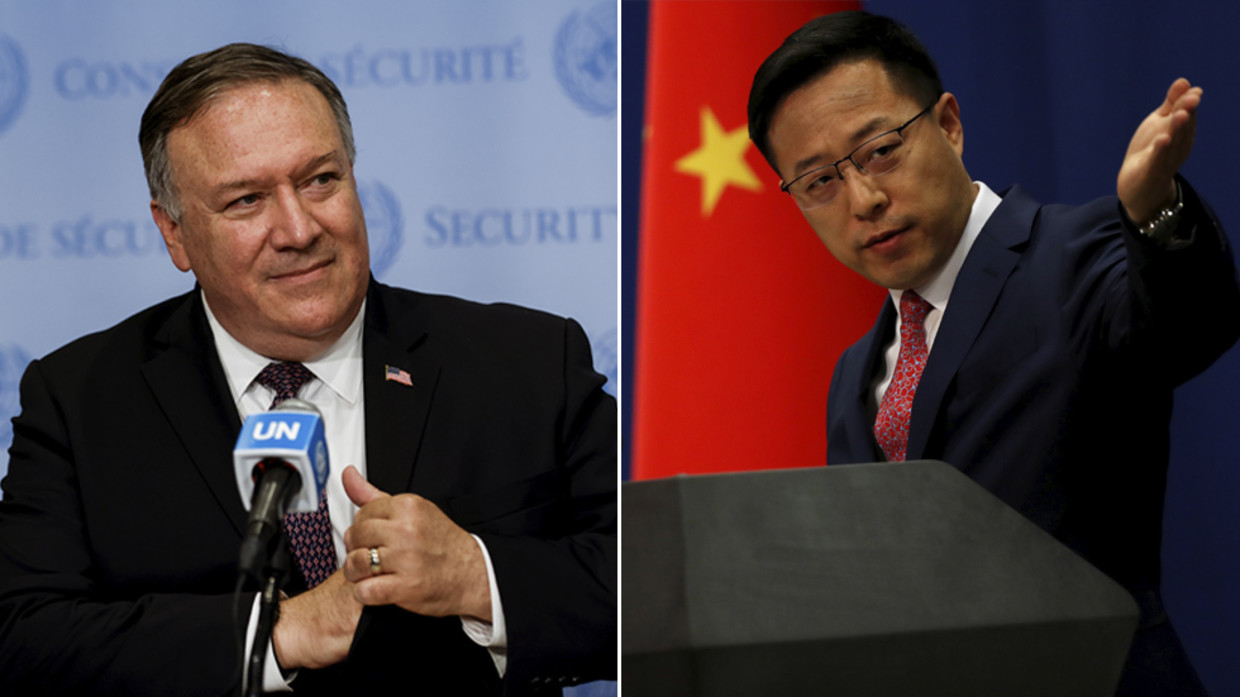 Beijing has said the US has no right to demand sanctions on Iran are reinstated because it was Washington that “had broken its promises” by ditching the 2015 nuclear deal.
China’s Foreign Ministry spokesperson Zhao Lijian told reporters the US has no right to demand the so-called “snapback” of sanctions on Iran, because Washington unilaterally abandoned the 2015 agreement on the Iranian nuclear program, known as the JCPOA, two years ago.
“The participants of the JCPOA and the vast majority of the UN Security Council members do not believe that the US request has any legal grounds, and that the ‘snapback’ mechanism should be activated,” he said.
On Thursday, US Secretary of State Mike Pompeo wrote a letter to the Security Council urging it to reinstate the sanctions on Tehran, which were lifted in accordance with the JCPOA. However, even the US’ European allies, including the UK, France and Germany, did not support this move.
Zhao cited this as evidence that the position of the US is deeply unpopular, especially given that Washington “has broken its promises” by ditching the JCPOA.
This fully shows that the unilateral position of the United States runs contrary to the broad consensus of the international community. The US’ attempt to undermine the JCPOA will not succeed.
The US left the JCPOA in 2018, when it accused the US of secretly violating it. The move was condemned by the EU, Russia and China, which are also parties to the agreement.
The International Atomic Energy Agency, tasked with inspecting Iran’s nuclear sites, confirmed at the time that Tehran was complying with the deal.
After the US imposed several rounds of sanctions on Iran, the Islamic Republic began gradually scaling down its commitments under the JCPOA but stopped short of abandoning it completely. Iran has repeatedly said it will return to full compliance if the EU accords it sanctions relief.