Iran detains UAE ship and its crew after fishermen killed 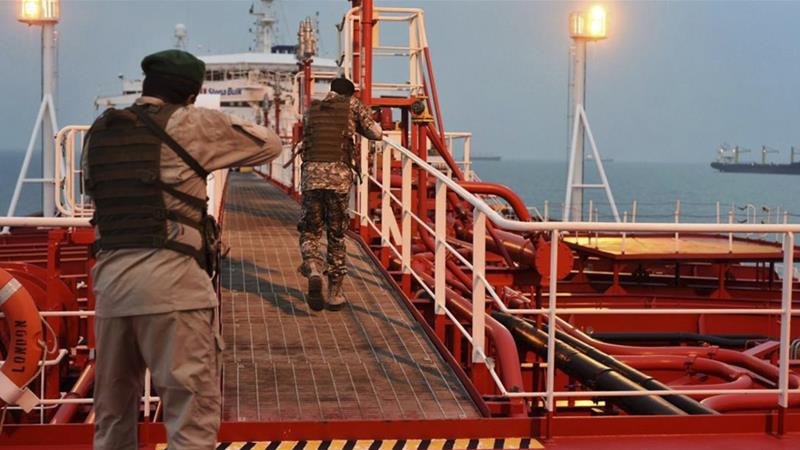 * * * Iran on Thursday said it seized a United Arab Emirates-registered ship violating its territorial waters this week after the UAE coastguard killed two Iranian fishermen on the same day.
The foreign ministry said the boat was seized on Monday after UAE coastguard vessels "opened fire on several Iranian fishing boats ... leading to the deaths of two fishermen".
"On Monday, an Emirati ship was seized by the border guards of Iran and its crew were detained due to illegal traffic in our country's waters," state-run TV quoted a ministry statement as saying.
"On the same day, UAE guards shot dead two Iranian fishermen and seized a boat ... The UAE has expressed regret for the incident and in a letter on Wednesday announced its readiness to pay compensation."
Iran summoned the UAE charge d'affaires in Tehran over the incident.

The UAE foreign ministry declined to comment when contacted by the Reuters news agency.
Although incidents regarding fishing boats are frequent between Iran and its Gulf Arab neighbours, Iran warned of "any aggression against its interests and citizens", saying in the statement: "Tehran will take all necessary measures to protect its vessels and citizens in the Persian Gulf."
'Big mistake'
UAE official news agency WAM reported on Monday the Gulf state's coastguard tried to stop eight fishing boats that violated its territorial waters northwest of Sir Bu Nu'Ayr island, without reporting any casualties.
The incident comes amid high tensions between the two countries following last week's surprise announcement that the UAE has agreed to normalise ties with Israel under a US-brokered deal.
Iran has condemned the agreement, with President Hassan Rouhani calling it a "big mistake" and warning "against opening the path of Israel to the region", without elaborating on what that would mean.
Rouhani's remarks were seen as "threats" by the UAE which on Sunday summoned the Iranian charge d'affaires in Abu Dhabi to protest "unacceptable and inflammatory" rhetoric.
The UAE, which downgraded its relations with Iran in 2016 amid fierce rivalry between Tehran and Emirati ally Saudi Arabia, said the remarks "had serious implications for security and stability in the Gulf region".
Establishing diplomatic ties between Israel and Washington's Middle East allies, including the oil-rich Gulf states, has been central to US President Donald Trump's regional strategy to contain Iran.

'We will go after them'
Anwar Gargash, the Emirati minister of state for foreign affairs, has repeatedly said the UAE's decision to open diplomatic ties with Israel had nothing to do with Iran.
However, the UAE's government long has considered Iran its top regional threat and recent tensions between Tehran and Washington have seen a series of incidents near it.
Deployed Patriot missile batteries visible from one major Dubai highway remain pointed north towards Iran.
Abu Dhabi's Crown Prince Sheikh Mohammed bin Zayed Al Nahyan, who serves as the UAE's day-to-day ruler, long has warned Israel may strike first to destroy Iran's nuclear programme if it is not contained. That would start a regional war that would see Tehran target the Emirates, he has repeatedly told US officials.
"This is the Middle East and we will do what we need to do," Sheikh Mohammed was quoted as saying in a February 2009 US diplomatic cable published by WikiLeaks. "When the Iranians fire their missiles we will go after them and kill them."
Thursday's announcement by Tehran of the incident comes a day after Trump said the United States will activate a controversial mechanism aimed at reimposing UN sanctions on Iran.