CyberBoat-330 Is A Russia-Iran Collaboration For Shallow Seas 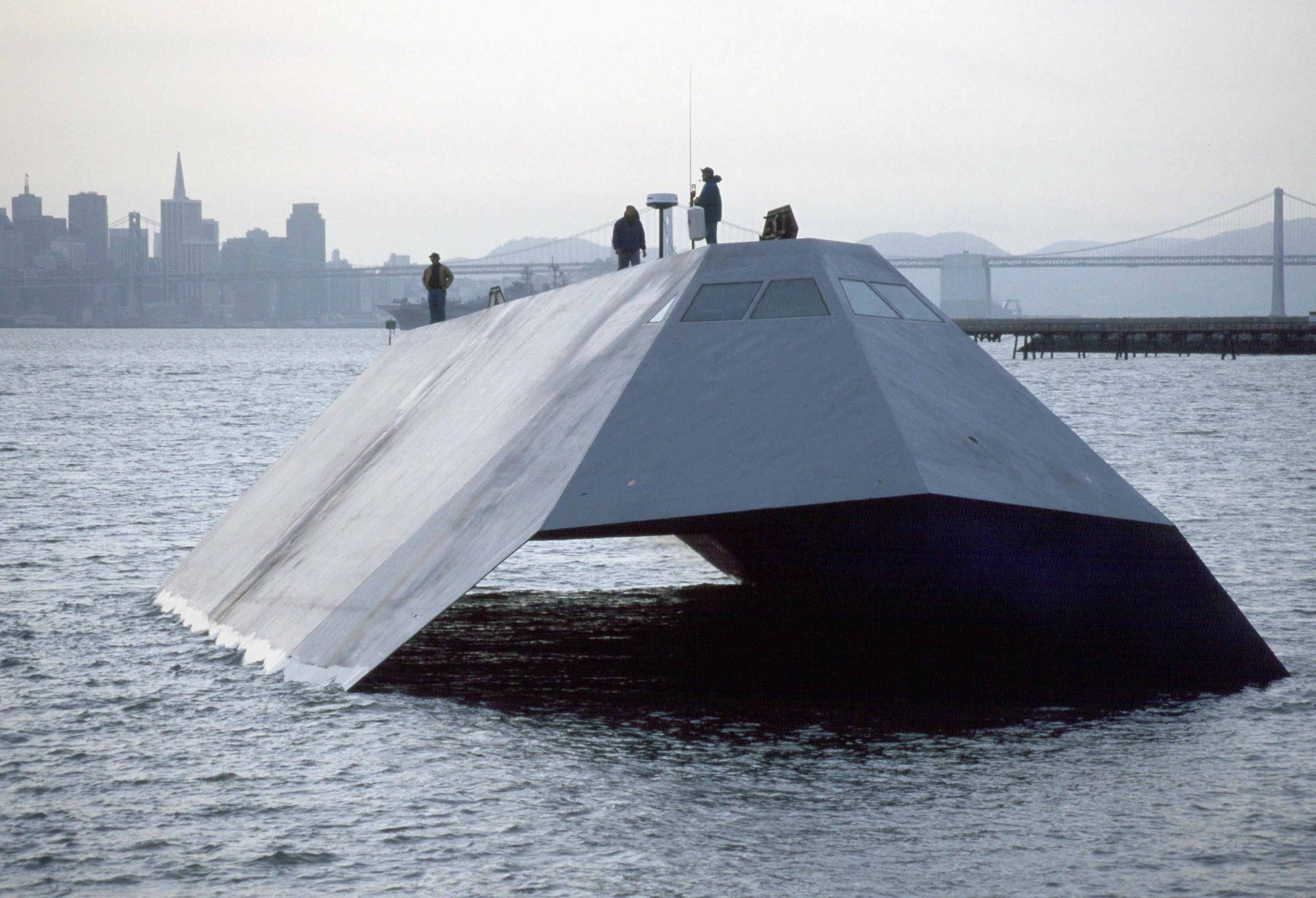 Kelsey D. Atherton Contributor
Aerospace & Defense
I am a defense technology journalist, based in Albuquerque, New Mexico.
Great swaths of the Caspian Sea are shallow waters, too small for vessels with a deep draft to navigate or patrol. Bordered by Russia on the north and Iran on the south, the challenges of patrolling this largest inland lake has led to a surprising technical collaboration: the “CyberBoat-330,” a small autonomous robotic craft.
The vehicle was demonstrated at the Army 2020 Exhibition in Russia. Built by St. Petersburg Polytechnic University, the craft was designed to specifications from Iranian colleagues. Weighing in at 1,100 pounds, the craft only has a draft of just over a foot, allowing it to easily skim the surface of shallow stretches.
“This may be the first such Russian-Iranian cooperation project to specifically design an unmanned maritime vehicle,” said Samuel Bendett, a CNAS Adjunct Senior Fellow who researches applications of Russian military unmanned system and AI. “The Russian Navy is specifically interested in such maritime systems as a complement to its ships, to add additional ISR and other capabilities, such as [Anti-submarine warfare]. We also know that Iran is interested in the development of unmanned maritime vehicles as mission multipliers.”
Functionally, the CyberBoat-330 is most akin to a fast jet-ski covered in cameras. It has an aluminum composite body made with an ultra-high molecular weight polyethylene, allowing it to be especially resistant to corrosion. On the sides of the craft are cylinders containing a floating foam coated in Kevlar, with the goal of making the CyberBoat unsinkable despite damage.
The CyberBoat is powered by a two-stroke engine, capable of speeds of up to 70 mph for an hour-long print. The internal combustion engine, when in use, also charges the CyberBoat’s batteries. With a solar panel and an electric motor, the CyberBoat can stay active for nearly 6 days straight, traveling a range of 400 miles.
“The Polytechnic U representatives also claimed that they are receiving lots of proposals from abroad to build similar USVs, but they would like the Russian MOD to be first in line for such technology,” says Bendett, an adviser to the CNA Russia Program who specializes in Russian unmanned military systems. “Interestingly enough, many unmanned/autonomous maritime projects like this one are self-initiated - the organization, enterprise or a university create a system they believe will be in demand by the [Ministry of Defense], in the hopes of getting a long-term military contract.”
Radar, satellite communication links, and sensors make the CyberBoat-330 a kind of scouting and surveillance platform. It can be controlled remotely by a human or left to navigate autonomously. While the researchers created a dedicated ground station for the robot, it can also be controlled with special software from a computer, tablet, or smartphone.
At the Army 2020 expo, the CyberBoat-330 carried a special tool for taking water samples, giving it a role in both science and survey. Given the interest of military customers, it is unlikely future vehicles based on the CyberBoat-330 platform will be content to simply sip the seas, instead of fighting over them.
--- ---...