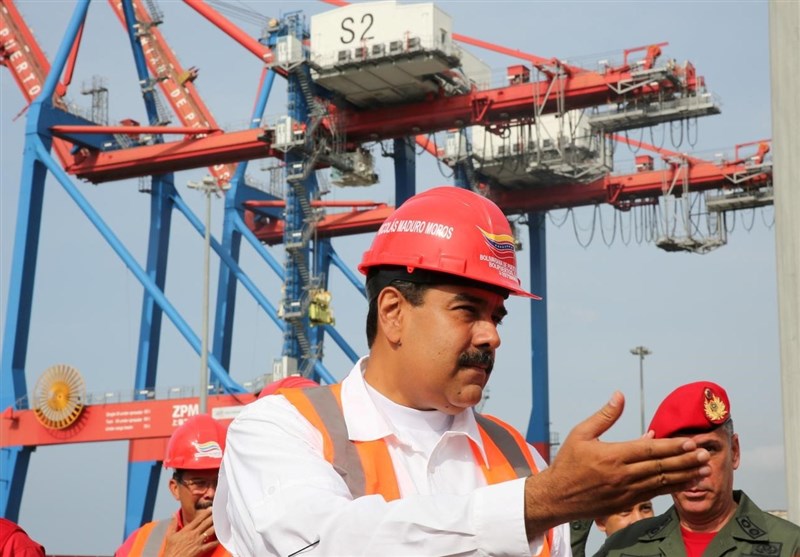 TEHRAN (Tasnim) - An Iranian-flagged vessel loaded a cargo of alumina in Venezuela this month after delivering supplies for an Iranian supermarket in the South American nation, three sources familiar with the shipment said.
The Golsan, a general cargo ship with a capacity to carry 22,882 tons, is currently sailing east across the Atlantic Ocean, but still signals its destination as the La Guaira port in Venezuela, according to Refinitiv Eikon data, according to Reuters.
The vessel is owned by Mosakhar Darya Shipping Co and managed by Rahbaran Omid Darya, both Tehran-based companies.
The companies share an address. Rahbaran Omid Darya did not respond to an email requesting comment. Reuters could not reach Mosakhar for comment.
Neither Venezuela’s information ministry nor Iran’s mission to the United Nations responded to requests for comment on the shipment.
The two OPEC countries have escalated their trade links in recent months as the US sanctions have affected their economies. Iran sent Venezuela five fuel tankers in April to help resolve paralyzing gasoline shortages and airlifted in equipment to help restart output at Venezuela’s largest petroleum refining complex.
Officials in Caracas and Tehran have not specified how Venezuela has paid for the fuel shipments or the refinery equipment. US officials have said Venezuela’s President Nicolas Maduro’s government is paying with gold.
The growing economic ties between Iran and Venezuela have irked Washington, which is seeking to oust Maduro and thwart Iran’s growing influence.
--- ---
...