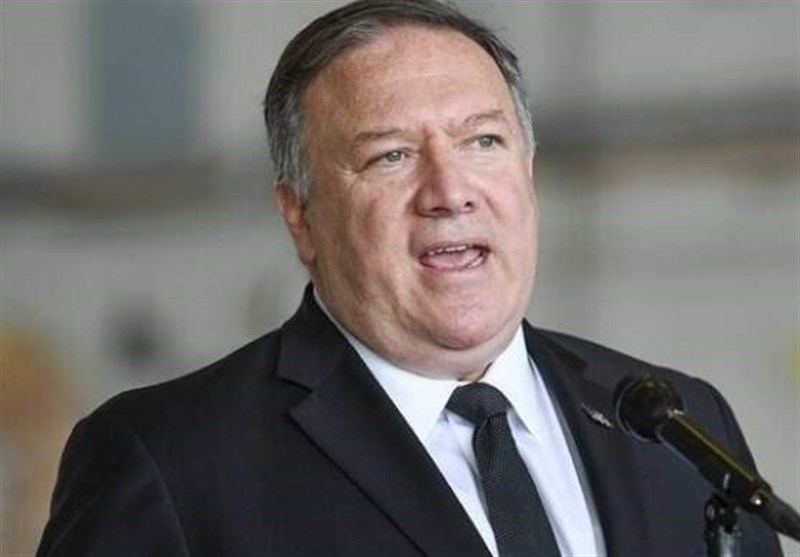 * * * “Fully understandable that @SecPompeo is furious about having to leave Foggy Bottom after 2.5yrs of one embarrassing failure after the other. ‘Max Pressure’ failed, & so have the outlaw charlatans behind it. Soon he'll be on ash heap of history, as proud Iranian people stand tall,” Saeed Khatibzadeh said.
Khatibzadeh made the remarks in a Sunday tweet in response to an offensive tweet by US Secretary of State Mike Pompeo in which he had insulted the Iranian nation by describing elections in Iran as “a joke” and claiming that Iranian people are starving as a result of the pressures caused by US sanctions.
Pompeo’s tweet came after the office of the Leader of the Islamic Revolution Ayatollah Seyed Ali Khamenei posted a tweet in which it described the chaotic situation in the United States following the recent presidential vote as a spectacle.
“This is an example of the ugly face of liberal democracy in the US,” the office’s tweet said.
On Saturday, Democratic presidential nominee Joe Biden was declared the winner of the highly controversial US election after he surpassed the 270 electoral votes he needed to oust President Donald Trump.
Following the declaration, Trump said he refuses to concede defeat, insisting that he will carry on with his legal challenges.
Trump, a hawkish critic of the landmark 2015 nuclear deal between Iran and six world powers, officially known as the Joint Comprehensive Plan of Action (JCPOA), unilaterally withdrew Washington from the agreement in May 2018, and unleashed the “toughest ever” sanctions against the Islamic Republic in defiance of global criticism.
The US unleashed the so-called maximum pressure campaign and targeted the Iranian nation with draconian restrictive measures in order to bring it to its knees, but Iran's economy keeps humming and is getting back on its feet.
--- ---...

Iranian MPs Call on President to React to US Breaches of JCPOA ...