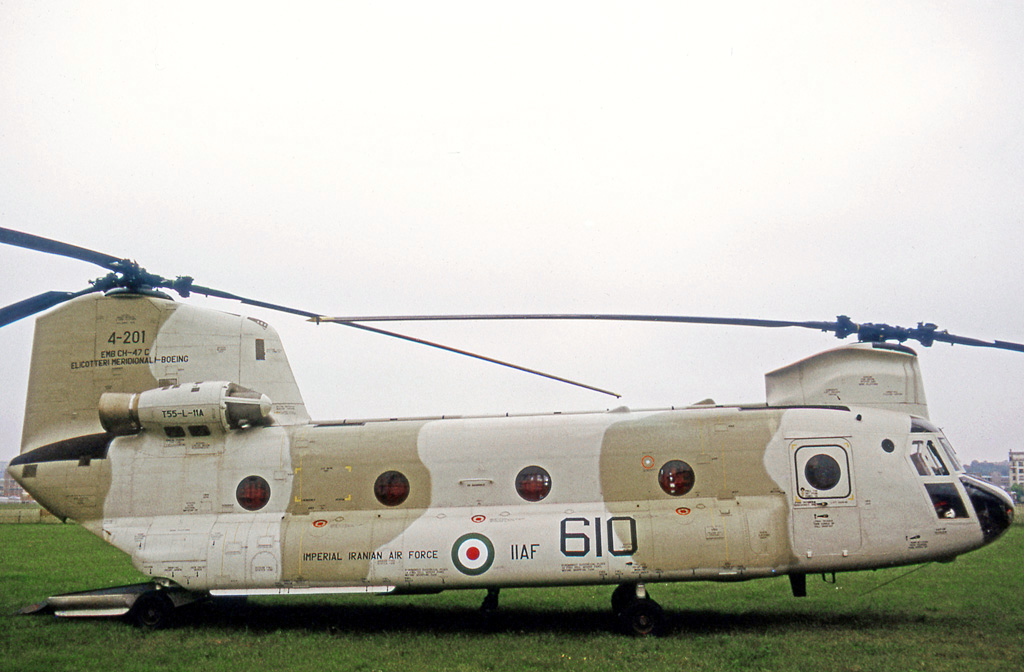 The 1978 Iranian Chinook shootdown was an incident on 21 June 1978, when four Boeing CH-47 Chinook of the Imperial Iranian Air Force strayed into Soviet airspace during a training mission, with the end result being that two of the aircraft were shot down by the PVO.
Shootdown
During the 1970s, numerous incidents, probably including Project Dark Gene occurred on the Soviet-Iranian and Afghan-Iranian border, causing the Soviets to station a regiment of MiG-23s at the Ak-Tepe AB, near the border with Afghanistan, in what was then the Turkestan Military District. One of the most serious of these occurred in the early morning of 21 June 1978, at 06:21 AM, when a Soviet radar site near the village of Bagir, not far from Ashkabad, detected four slow moving contacts which came from Iran and penetrated 15 to 20 kilometers into the Soviet airspace near Dushak, in Turkmenistan.
Five minutes later, these targets were detected by the radar site of Ak-Tepe Air Base, and deputy commander of the 152 IAP, Lt.Col. J. A. Miloslavsky, ordered one MiG-23M, flown by Capt. A. V. Dem'janov, to scramble. Once over the area, Dem'janov found only one helicopter, but misidentified it as a friendly Mil Mi-6. In addition, he got a command from the command post, "not to turn weapons on and not to come too close to the target". Because Dem'janov's answers to calls from the GCI station sounded uncertain, he was finally ordered back to Ak-Tepe AB and instead, at 06:52 AM, Lt.Col. Miloslavsky dispatched another MiG-23M, flown by Capt. Valery I. Shkinder.
Shkinder approached four contacts, identified them properly as Boeing CH-47 Chinook helicopters of the Imperial Iranian Air Force and got an order to attack. At the time, the Iranian Chinooks were flying in two pairs to the northwest along the Qaraqum Canal, but when their crews detected the interceptor over them, they made a turn to the southwest and flew towards the Kopet mountains and the Iranian border.
Diving behind the two rear Chinooks, Capt. Shkinder fired two Molniya R-60 IR-homing air-to-air missiles. Both missiles found their mark and struck the rearmost helicopter, the wreckage of which crashed near the village of Gjaurs, killing all eight crew members. Capt. Shkinder informed his base of the destruction of the first target and got an order to attack the second helicopter. Turning around, he positioned his MiG-23M behind the damaged helicopter and opened fire with GSh-23L 23-mm gun, spending a total of 72 rounds in two passes and hitting the starboard engine of the CH-47C. The Iranian pilot was lucky enough to manage a landing near the Soviet border post at Gjaurs. All four crew members survived, but were subsequently captured by Soviet border guards. The remaining two Chinooks escaped, crossing back into Iranian airspace.
Aftermath
Despite a severe loss of life for the IIAF, the incident was played down by both sides, and the Soviets subsequently permitted the damaged Chinook to be repaired by Iranians and flown back to Iran, together with all four crewmembers: Capt. Valery Shkinder was also not decorated for his feat, with the proposal for him getting a Combat Red Flag Award with Kremlin rejecting the proposal "due to a very complex international situation". Ten years later in 1988 in a similar incident, two Soviet MiG-23s shot down a pair of Iranian AH-1Js that had strayed into western Afghan airspace. The Soviets were occupying Afghanistan at the time and were withdrawing. 15 years before this incident at least another shoot down had occurred in which an Imperial Iranian Army Aviation (IIAA) Aero Commander 560 had been shot down by a Soviet MiG-17P.
Project Dark Gene was an aerial reconnaissance program run by the Central Intelligence Agency and Imperial Iranian Air Force from bases inside Iran against the Soviet Union. The program was run in conjunction with Project Ibex, which was a more traditional ELINT mission. The first operations were during the 1960s with support of Iran's former Shah. Dedicated aircraft, air-bases, and U.S. personnel were stationed at numerous sites in Iran and would regularly fly across the border into the USSR through potential holes in their radar coverage. The intention of the program was to test the effectiveness of Soviet air defence and interception and resulted in one confirmed and possibly more combat losses in engagements with Soviet aircraft.
--- ---... 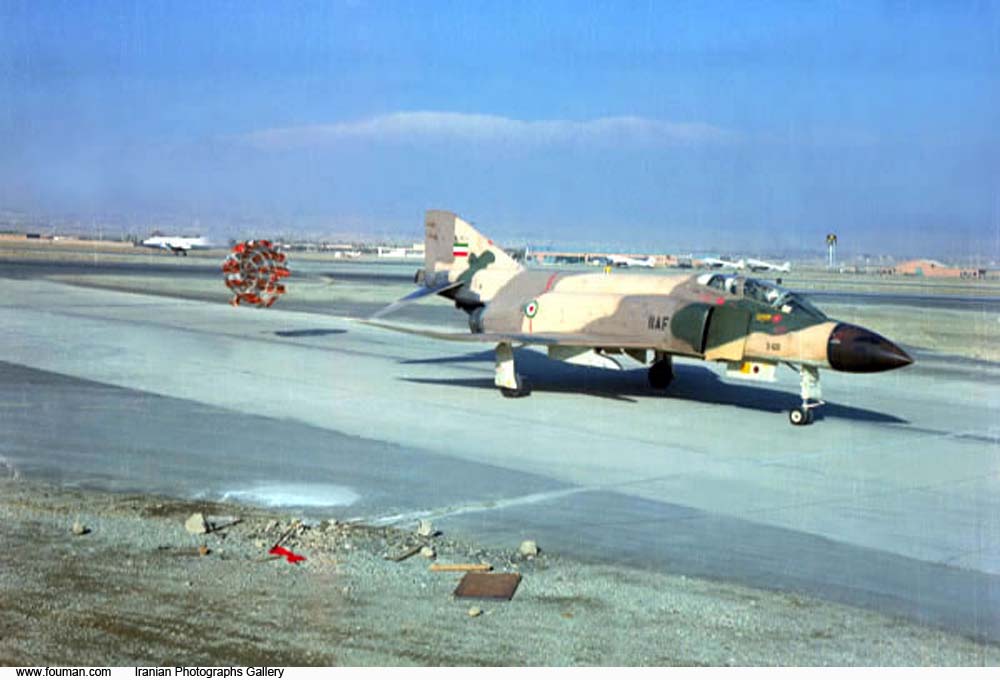 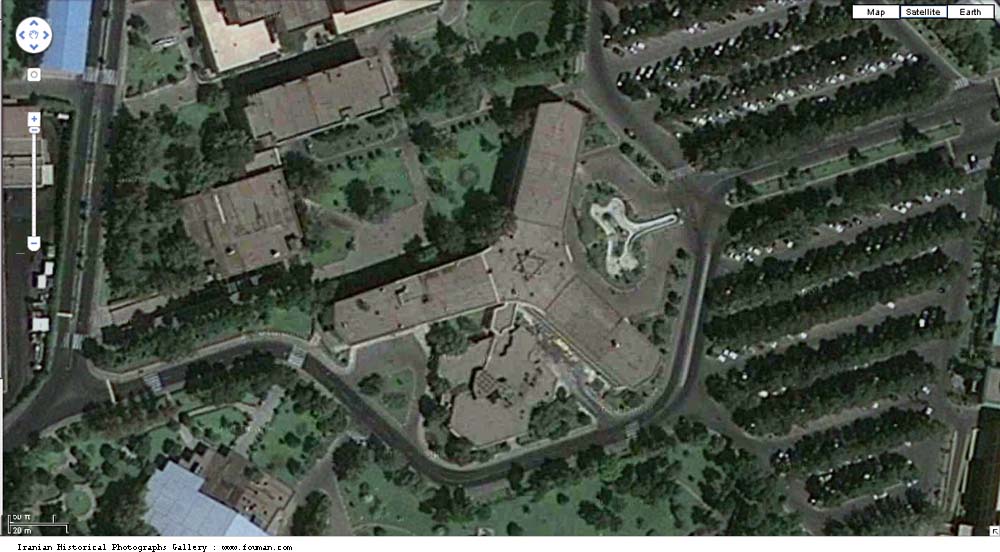 1host2u.com 19/09/1976 History
(Wikipedia) - The 1976 Tehran UFO Incident was a radar and visual sighting of an unidentified flying object (UFO) over Tehran, the capital of Iran, du...View Details»