Mahmoud Namjoo wins the first gold medal for Iran in Bantamweight 56 kg during the 1949 Men's World Weightlifting Championships held in Scheveningen, Netherlands from September 4 to September 6, 1949. There were 38 men in action from 13 nations.
Mahmoud Namjoo (Persian: محمود نامجو‎, September 22, 1918 – January 21, 1989) was an Iranian bantamweight weightlifter. He competed at the 1948, 1952 and 1956 Olympics and placed fifth, second and third, respectively. At the world championships he won three gold, one silver and two bronze medals between 1949 and 1957, becoming the first Iranian weightlifter to win a world title. Namjoo was also the first Asian weightlifter to set a world record; during his career he set four: one in clean and jerk in 1949 and three in the total, in 1948, 1949 and 1951. 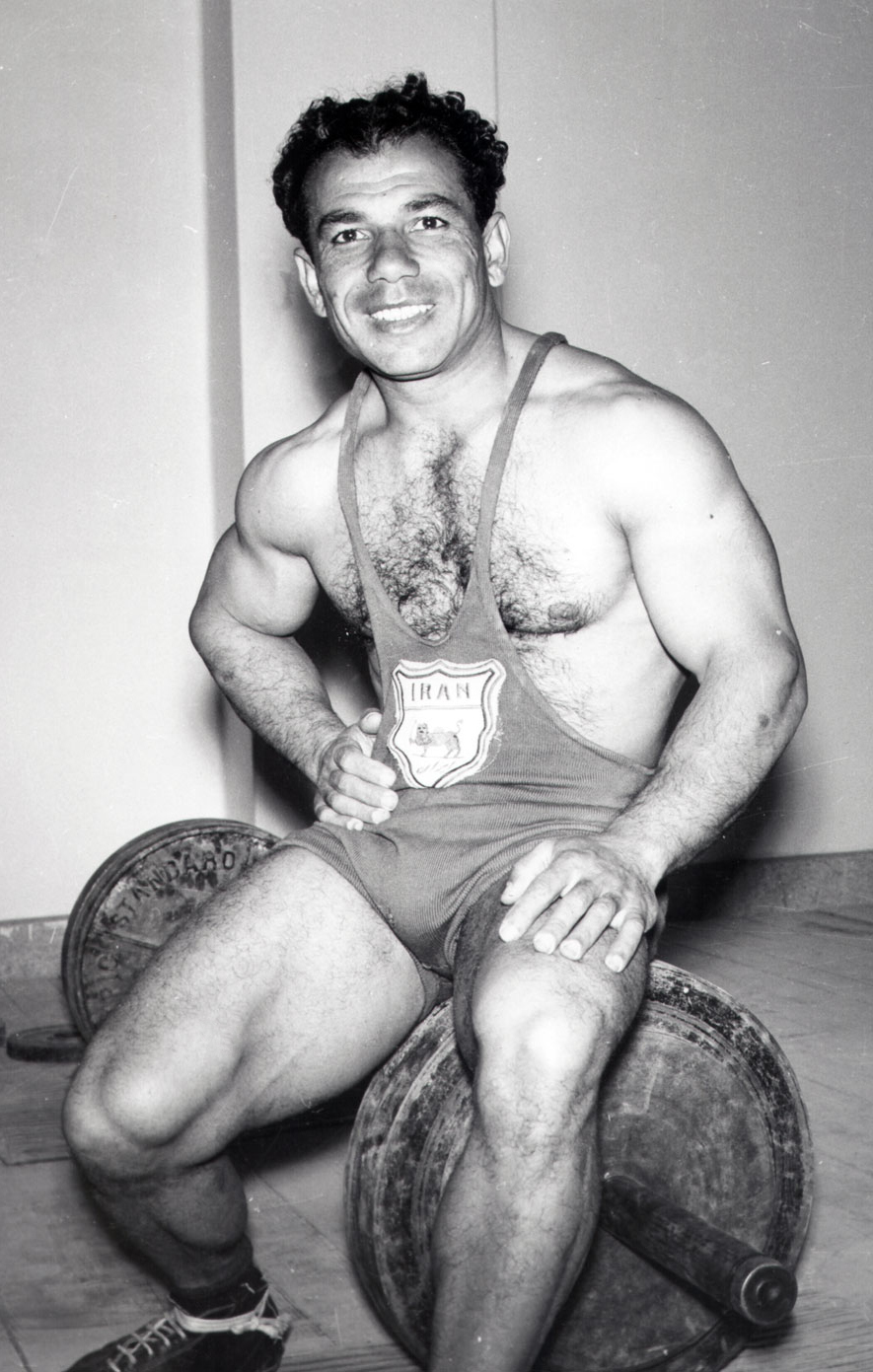 Namjoo was born in Rasht in 1918 and in 1937 moved to Tehran, where he worked at a carpentry workshop. He took weightlifting in a gym nearby. Besides weightlifting he also competed in bodybuilding, and won the Mr. Universe title in his weight division in 1948, placing fifth in 1955. In 1956 he spent two months working as a weightlifting coach in Turkey. He continued training in his forties and unsuccessfully tried to qualify for the 1960 Olympics. He died of pancreatic cancer aged 70.
--- ---
...