Iran, six other nations lose right to vote in UNGA over unpaid dues 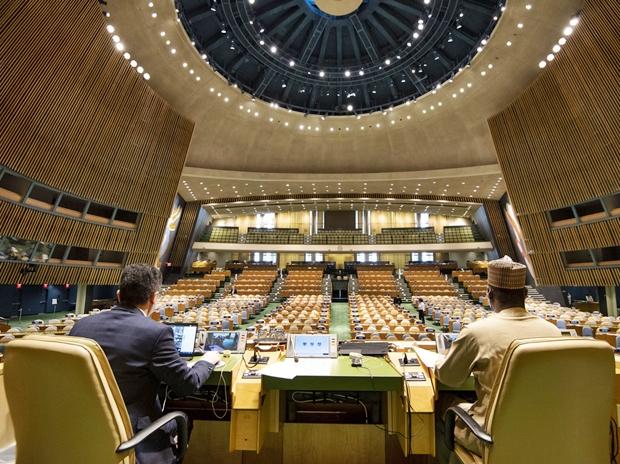 Iran and six other nations lost their right to vote in the United Nations General Assembly (UNGA) because they have not paid their dues, UN Secretary-General Antonio Guterres said on Monday, reported Jerusalem Post.
The other countries losing their UNGA voting rights are Niger, Libya, the Central African Republic, Congo Brazzaville, South Sudan and Zimbabwe.
Three more countries - Comoros, Sao Tome and Principe and Somalia - will be allowed to continue to vote despite missing dues payments, because they sufficiently demonstrated that they are incapable of paying.
Guterres wrote a letter to General Assembly President Volkan Bozkir of Turkey that the countries in arrears to the UN will have their UNGA voting rights suspended in accordance with the UN Charter, which calls for the suspension of voting rights if a member state fails to pay its fees for more than two years, reported Jerusalem Post.
Under the article, a member-state in arrears in the payment of its dues in an amount that equals or exceeds the contributions of two preceding years can lose its vote in the General Assembly.
Iran owes USD 16.2 million, more than any other country. Meanwhile, Iran has blamed US sanctions for blocking the Islamic Republic from paying its required contribution to the UN, reported Jerusalem Post.
Iranian Foreign Ministry spokesman Saeed Khatibzadeh said the funds designated for UN payments are frozen in two South Korean banks, due to US sanctions. He said the Islamic Republic has a total of USD 7 billion in those banks, reported Jerusalem Post.
Khatibzadeh demanded that the UN guarantee the payments are safely transferred without using US banks.
"Given that the United States has encroached upon Iran's international assets before, the Islamic Republic of Iran insists that the UN not use an American intermediary bank to receive our country's membership fee, or that this organization guarantee the financial transfer channel," Iran International News quoted Khatibzadeh as saying, cited Jerusalem Post.
(Only the headline and picture of this report may have been reworked by the Business Standard staff; the rest of the content is auto-generated from a syndicated feed.)
--- ---
...