RHEL is now free for dev teams, and it's even free in production for up to 16 systems.
Jim Salter - 1/20/2021, 4:30 PM
CentOS Linux is dead—and Red Hat says Stream is “not a replacement”
Last month, Red Hat caused a lot of consternation in the enthusiast and small business Linux world when it announced the discontinuation of CentOS Linux.
Long-standing tradition—and ambiguity in Red Hat's posted terms—led users to believe that CentOS 8 would be available until 2029, just like the RHEL 8 it was based on. Red Hat's early termination of CentOS 8 in 2021 cut eight of those 10 years away, leaving thousands of users stranded.
CentOS Stream
Red Hat's December announcement of CentOS Stream—which it initially billed as a "replacement" for CentOS Linux—left many users confused about its role in the updated Red Hat ecosystem. This week, Red Hat clarifies the broad strokes as follows:
To summarize: we're making CentOS Stream the collaboration hub for RHEL, with the landscape looking like this:
Fedora Linux is the place for major new operating system innovations, thoughts, and ideas—essentially, this is where the next major version of Red Hat Enterprise Linux is
born.
CentOS Stream is the continuously delivered platform that becomes the next minor version of RHEL.
RHEL is the intelligent operating system for production workloads, used in nearly every industry in the world, from cloud-scale deployments in mission-critical data centers and localized server rooms to public clouds and out to far-flung edges of enterprise networks.
Although CentOS Stream could be considered appropriate and perfectly adequate for enthusiasts and home-labbers, the lack of a long, well-defined life cycle made it inappropriate for most production use and, especially, production use by shops that chose a RHEL-compatible distribution in the first place.
New no-cost, low-cost, and simplified RHEL access
As of February 1, 2021, Red Hat will make RHEL available at no cost for small-production workloads—with "small" defined as 16 systems or fewer. This access to no-cost production RHEL is by way of the newly expanded Red Hat Developer Subscription program, and it comes with no strings—in Red Hat's words, "this isn't a sales program, and no sales representative will follow up."
Red Hat is also expanding the availability of developer subscriptions to teams, as well as individual users. Moving forward, subscribing RHEL customers can add entire dev teams to the developer subscription program at no cost. This allows the entire team to use Red Hat Cloud Access for simplified deployment and maintenance of RHEL on well-known cloud providers, including AWS, Google Cloud, and Microsoft Azure.
Considering the previous public outrage about CentOS 8's early demise, we reached out to Red Hat for clarification regarding availability guarantees—specifically, whether any guarantee was given that the terms of the free small-production use will stay valid for the length of general support for the RHEL version they cover. After some deliberation, this was the official answer:
A Red Hat subscription gives you access to all available versions of Red Hat Enterprise Linux except for those in extended support. This access ends when the subscription ends, as does access to all related documentation, support, services, patches, etc., so it’s important to think about the subscription separately from the platform.
The Red Hat Developer program isn't a fly-by-night or quickly-produced program; it has existed since early 2015 with multi-system deployments supported from 2018. The big change today is that now a small number of production systems can now be included under the subscription for individuals, but the program itself is tried and true. We've never removed anything from the program, only added to it, highlighted by today's announcement.
The Individual Developer subscription is currently set up as a one year subscription. Renewals will be a simple process as close to "clicking a button" as possible. We have no intent to end this program and we’ve set it up to be sustainable—we want to keep giving the users that want to use RHEL access to it. The primary reason we need a subscription term is because it is legally difficult to offer unlimited terms globally and as new laws come into effect, for example GDPR, we need to be able to update the terms and conditions. This is similar to how our customers buy Red Hat subscriptions for fixed terms, not in perpetuity.
Our intent is to keep small-production use cases as a key part of the Red Hat Developer program and the Individual Developer subscription to help bring enterprise-grade Linux to more users. 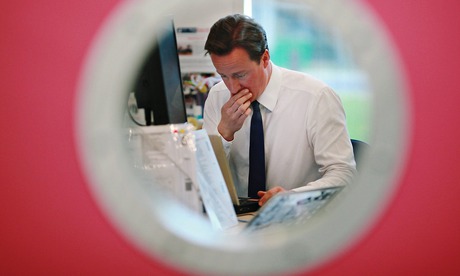