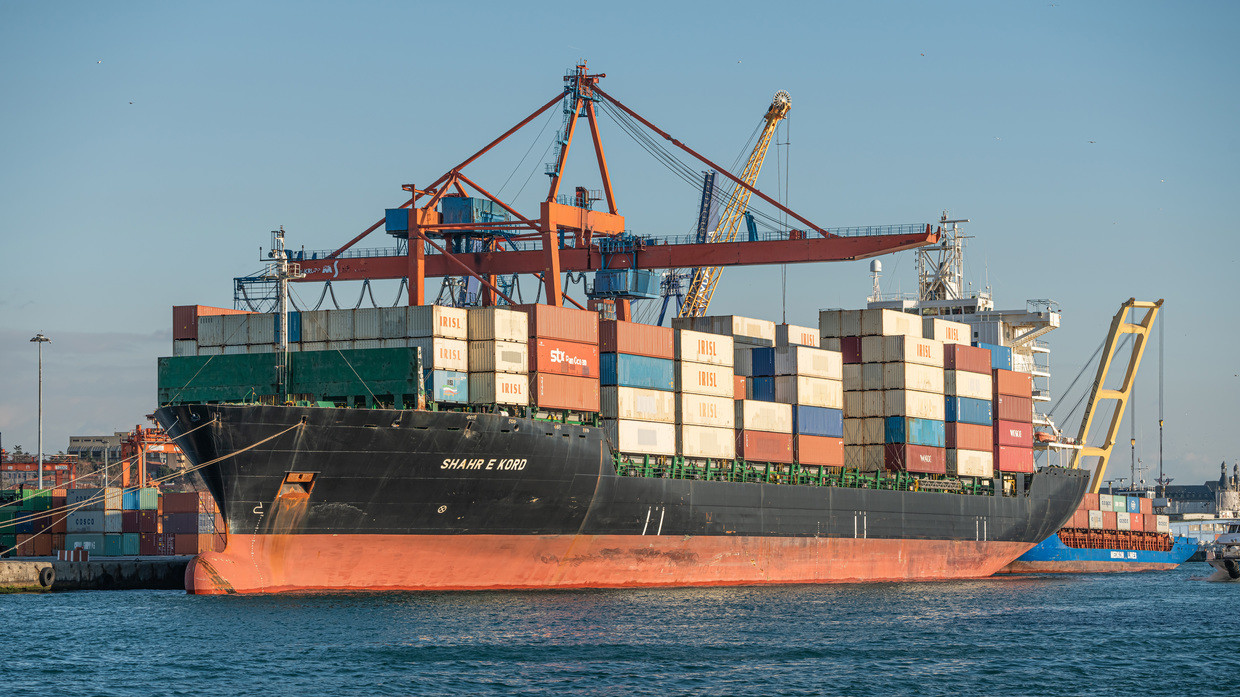 An Iranian commercial vessel has been damaged by an explosive device in an alleged terrorist attack as it traveled through the Mediterranean to Europe, a spokesperson for the country's national shipping company said on Friday.
There were no casualties, but a small fire was caused by an explosion in the ship's hull and had to be put out by the crew, said Ali Ghiasian, a spokesman for Iran’s shipping group.
"Such terrorist acts amount to naval piracy, and are contrary to international law on commercial shipping security, and legal action will be taken to identify the perpetrators through relevant international institutions," he told Iranian outlet Nornews.
The vessel, the Shahr-e Kord, will continue for Europe once repairs have been carried out, Ghiasian said.
Video footage purportedly taken during the incident showed smoke coming from the front of the ship, while pictures appeared to show that a blast had ripped into one of the containers on board the vessel.
Tehran has not blamed anyone for the attack, and no individual or group has claimed responsibility, but some mainstream media have linked the incident to ongoing tensions between Israel and Iran.
This week, Israel accused Tehran of being behind an explosion on the Israeli cargo ship Helios Ray in the Gulf of Oman in February, after it left Saudi Arabia for Singapore.
Iran denied it was behind the attack, in which an explosive device blasted holes in both sides of the vessel's hull, forcing it to return to the port of Dubai, according to Reuters.
On Thursday, the Wall Street Journal reported that Israel has bombed at least a dozen ships carrying Iranian oil in the last two years, allegedly over fears Tehran is funding extremism in the Middle East. The report, which Israel has not confirmed or denied, cited US and regional officials, and claimed Iranian ships had been attacked with naval mines.