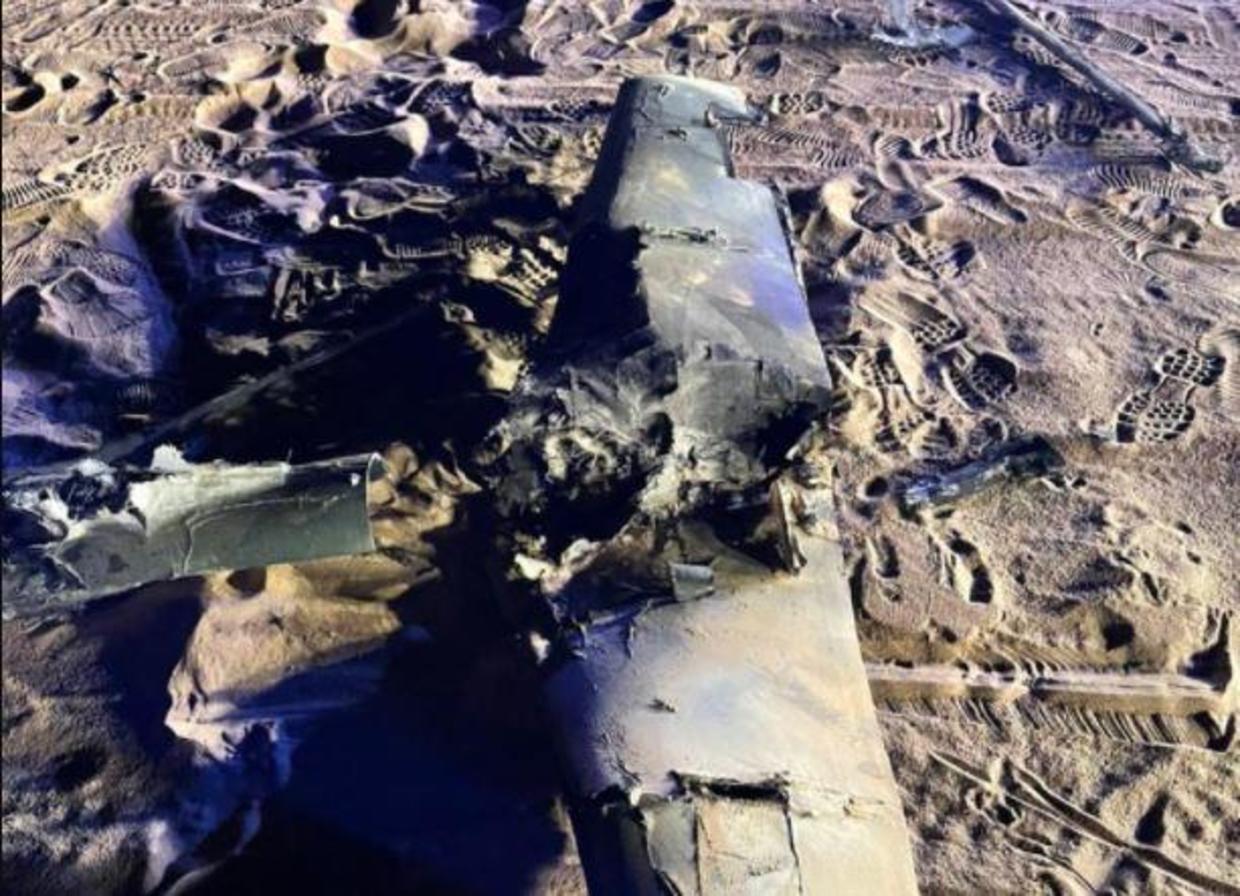 Saudi Arabia said on Friday that its air defense systems had intercepted a ballistic missile over the southern city of Najran. It was the latest in a series of escalating attacks by Iranian-backed Houthi rebels, who have consistently targeted Saudi infrastructure in retaliation for the Saudi-led war against their insurgency in neighboring Yemen.
Another missile struck an Aramco petroleum distribution terminal in the city of Jizan overnight, leading to a fire at one of the terminal's tanks, the Saudi Energy Ministry said in a statement.
The Houthis were quick to claim the attacks, along with attempted kamikazi drone strikes.
"Our armed forces targeted military and vital headquarters and installations belonging to the Saudi enemy, with eighteen drones and eight ballistic missiles," Houthis military spokesman Yahya Sareaa said in a televised statement on Friday, vowing the strikes would continue.
Saudi state media showed images of debris said to be from several explosive-laden drones, which the Ministry of Defense said were launched at the kingdom by the Houthis. The ministry condemned the "cowardly" attacks in a statement posted on Twitter and accused the Houthis of threatening energy supplies.
The latest attacks come just days after Saudi Arabia offered a new proposal to end the war in Yemen, in which the kingdom has backed the government against the Houthis. Saudi Foreign Minister Prince Faisal Bin Farhan laid out the plan on Monday, which would include an immediate U.N.-supervised ceasefire, the reopening of the airport in Yemen's rebel-held capital Saana, and the Saudi-led military coalition lifting its blockade on the rebel-held port of Hodeidah.
As a gesture of goodwill, the Saudi-led coalition on Friday cleared four fuel ships to dock at Hodeidah, a strategic port on the Red Sea, according to local media reports.
The Houthis have rejected the overtures and reiterated their demand for the Saudi coalition to immediately lift the entire air and sea blockade aimed at choking off supplies to their territory, which covers most of Yemen.
"How come those who have launched the war now claim they are eager to mediate peace in our country?" Houthi leader Abdul-Malik al-Houthi said in a televised address on Thursday. "Lifting the blockade and other humanitarian matters could not be part of any political or military negotiations. We would never accept that."
Meanwhile, Washington's special envoy for Yemen Tim Lenderking headed back to the region on Friday in a new push to bring Yemen's warring parties to the negotiating table. The veteran U.S. diplomat returned only two weeks ago from his second trip to the region, where he held shuttle meetings across four countries to try to broker a ceasefire.
The Houthis' chief negotiator Mohamed Abdel Salam said on Friday that Oman-mediated talks with the U.S. envoy and the Saudis were still underway, even as the Houthi forces launched the new attacks on Saudi Arabia.
"Exchanging ideas and proposals are currently underway with the U.S. and the U.N. envoys as well as with the Saudis, via the brothers in the Sultunate of Oman," he told the Aljazeera Arabic network. "Discussions are revolving around humanitarian efforts, in addition to other presumed steps towards reaching a ceasefire, and paving the way for political dialogue."
But Saudi Arabia's leaders say the latest Houthi attacks are further evidence that the rebels aren't really interested in ending the war.
"The attack on the petroleum distribution station in Jizan and the attempt to target civilians is a confirmation of the terrorist Houthi militia's rejection of the Kingdom's initiative to end the Yemeni crisis, and an affirmation of the Iranian guardianship over the political and military decision of the militia," the Saudi Ministry of Defense said in a Friday statement.
The war in Yemen entered its seventh year this week. The U.N. humanitarian office estimates that the conflict — considered by many a proxy war between arch rivals Saudi Arabia and Iran, played out at the expense of the Yemeni people — has claimed at least 233,000 lives, mostly civilians.
The U.N. has said the conflict is driving the worst man-made humanitarian crisis in the world.
While the U.S. still backs Yemen's government, in February, President Joe Biden announced the end of U.S. support for offensive operations by the Saudi-led coalition, and he called for an end to the conflict.
"This war has to end," Mr. Biden said in his first major foreign policy speech after taking office.