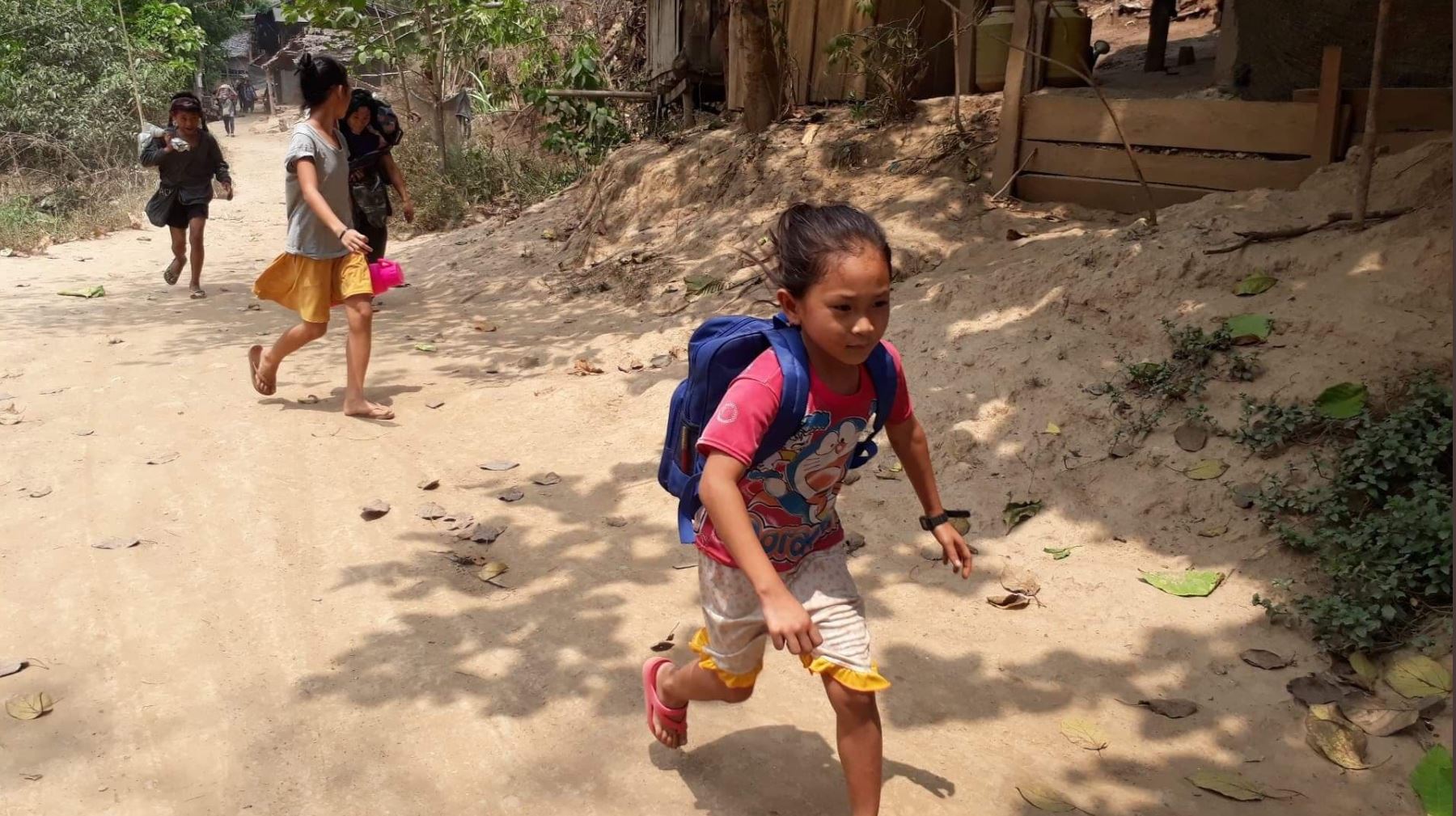 * * * Western leaders condemn military’s brutal crackdown as 13 more people reported killed on Sunday.
Some 3,000 people from Myanmar’s southeastern Karen state fled to neighbouring Thailand after the military bombed an area held by an ethnic armed group, as Western countries condemned the escalating violence in the troubled Southeast Asian nation.
The military launched air raids on five areas in Mutraw district near the eastern border, including a displacement camp, the Karen Women’s Organization said on Sunday.
“At the moment, villagers are hiding in the jungle as more than 3,000 crossed to Thailand to take refuge,” a statement from the group said.
“We demand an international response to the atrocities taking place to send the message that the military cannot longer act with impunity,” it added.
Thai Public Broadcasting Service also reported about 3,000 had reached Thailand. There was no immediate comment by Thailand’s authorities.
Violence also continued elsewhere in Myanmar, as people gathered to mourn those killed on Saturday, the bloodiest day of the anti-coup protests since the military seized power from the civilian government of Aung San Suu Kyi in a coup on February 1.
In Bago, near the country’s biggest city of Yangon, soldiers opened fire on people gathering to mourn 20-year-old student Thae Maung Maung who was among those killed on Saturday. There were no immediate reports of casualties, three people in the town told the Reuters news agency.
“While we are singing the revolution song for him, security forces just arrived and shot at us,” a woman called Aye who was at the service said. “People, including us, run away as they opened fire.”
A further 13 people were recorded dead in incidents elsewhere in Myanmar on Sunday, according to a daily briefing from the Assistance Association for Political Prisoners (AAPP), an advocacy group that is tracking deaths and detentions. It says 459 civilians have now been killed in the nearly two months since the coup, while more than 2,559 have been detained.
‘Absolutely outrageous’
The air assaults on Karen state are the most significant attack for years in the region controlled by the Karen National Union (KNU).
The Karen Peace Support Network said the attack took place after helicopter recconaissance of the area with two fighter jets dropping nine bombs on the night of March 27 killing three people and badly wounding seven. There were more air attacks on the following morning and afternoon including along the Salween River that marks the border.
The armed group signed a ceasefire agreement in 2015 but tensions have surged since the military seized power.
The KNU and the Restoration Council of Shan State, also based on the Thai border, have condemned the military’s takeover and announced their support for public resistance.
KNU says it has been sheltering hundreds of people who have fled central Myanmar in the face of the increasingly deadly crackdown in recent weeks.
Tom Andrews, the United Nations Special Rapporteur for Myanmar said the army was carrying out “mass murder” and called on the world to isolate the generals.
“UN Sec Council can act against junta atrocities in Myanmar. It’s their job,” he wrote on Twitter. “Members should urgently produce a resolution on Myanmar and put it to a vote. Nations who stand w the people of Myanmar can work together to stop the flow of junta revenue & weapons & hold them accountable.”
US President Joe Biden was among Western leaders condemning the weekend’s bloodshed.
“It’s terrible, it’s absolutely outrageous,” Biden told reporters in Delaware. “Based on the reporting I’ve gotten an awful lot of people have been killed totally unnecessarily.”
The European Union’s foreign affairs representative Josep Borrell Fontelles described the situation in Myanmar as “shame and horror: and urged the military to stop the “callous violence”.
Foreign criticism and sanctions imposed by some Western nations appear to have had little effect on the generals so far, while the protesters calling for the restoration of democracy and the release of Aung San Suu Kyi show little sign of wavering.
“We salute our heroes who sacrificed lives during this revolution and We Must Win This REVOLUTION,” one of the main protest groups, the General Strike Committee of Nationalities (GSCN), posted on Facebook.
The country has been in turmoil since the military detained Aung San Suu Kyi and took control of the country triggering a mass uprising demanding a return to democracy.
The military has defended its power grab, claiming there was fraud in the November election which Aung San Suu Kyi’s National League for Democracy won by a landslide. The Elections Commission has rejected the military’s claims.
--- ---...