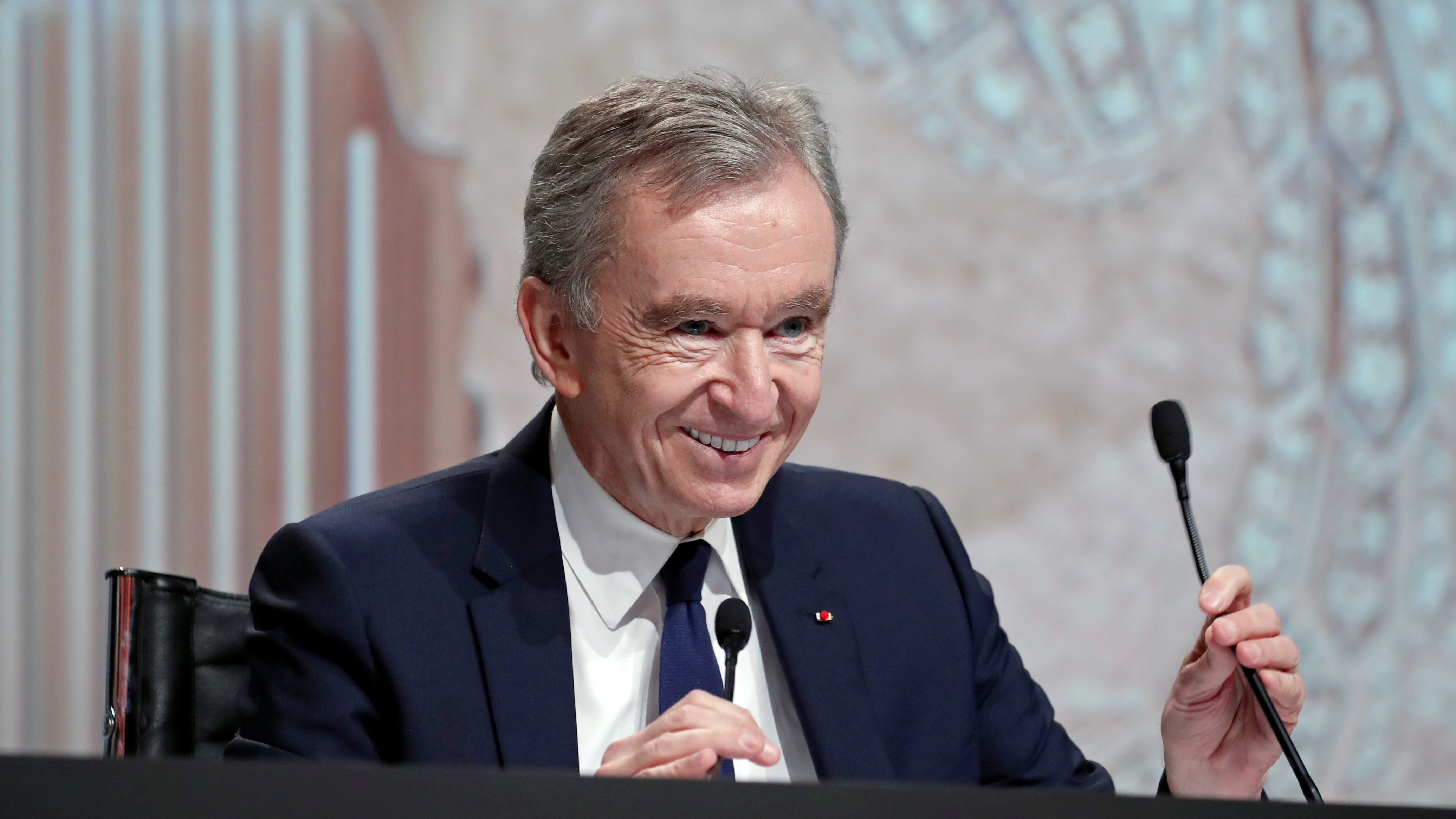 By Marc Bain
Fashion reporter
May 24, 2021
Update: Since this story was published, Bezos reclaimed the top spot. As of 8am ET on May 25, Forbes estimated his net worth at $188.2 billion, ahead of Arnault’s $187.6 billion.
Bernard Arnault, CEO and majority owner of French luxury group LVMH, has surpassed Amazon founder Jeff Bezos to become the world’s richest person.
His estimated net worth currently stands at $186.3 billion, according to Forbes, nudging him past Bezos’s $186 billion in estimated wealth. Tesla founder Elon Musk stands third, with a net worth of $147 billion.
Whereas Bezos built his fortune as the proprietor of the internet’s “everything store,” Arnault made his name and money from a collection of companies specializing in finely made leather goods, couture fashion, and high-end spirits. LVMH is the parent behind a number of globally known names in luxury, including Louis Vuitton, Dior, Celine, Moët, Hennessy, and now Tiffany. Arnault, 72, maneuvered his way into a controlling stake of the company in the late 1980s, in a saga that earned him the nickname “the wolf in cashmere.” He was instrumental in forging it into what is today the world’s largest luxury seller.
Over the past several months, as LVMH has seen its sales come roaring back from the pandemic, particularly among Chinese and US shoppers, its stock price has soared, and Arnault’s wealth with it. By November, he had become the world’s second-richest person and was gaining ground on Bezos.
At the time, the Arnault family held 47.5% of LVMH’s shares, according to the company’s last annual report (pdf). In recent months, Arnault has spent about $538 million buying up more stock, the price of which keeps growing.
Amazon, meanwhile, has seen its sales surge through the pandemic, but its share price hasn’t grown consistently since the end of last year. Its stock may be hugely undervalued, however, at least according to one analyst. If the market agrees and drives its price up, Bezos could reclaim his throne again.
--- ---
...