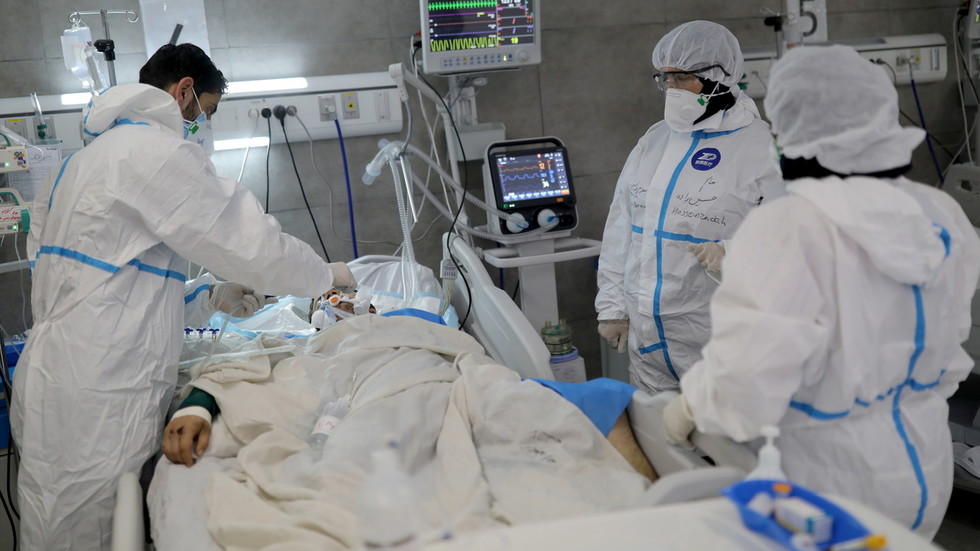 The Iranian health ministry announced on Thursday that the country had surpassed the tragic milestone of 100,000 Covid deaths despite the recent implementation of tighter restrictions amid a “fifth wave” of infections.
The 100,000-dead mark was surpassed on Thursday, with Iranian officials recording a further 564 deaths in the past 24 hours, as well as 31,266 new infections. The latest figures bring the country’s tallies since the start of the pandemic to 4.5 million cases and 100,255 fatalities.
While Iran is already the worst-hit country within the Middle East, health officials have warned that the true scale of the outbreak is being underreported in the ministry’s figures, with the situation likely significantly worse than the data suggests.
On Wednesday, Iran’s Deputy Health Minister Iraj Harirchi told ISNA news agency that the government expects infections and hospitalizations to “have stabilized in 14 provinces,” although “fatalities are expected to be on a relatively rising trajectory in coming days.”
The increase in fatalities from Covid comes amid a rise in cases which officials have attributed to a “fifth wave” which began in late June and has seen infections spread due to the prevalence of the highly transmissible Delta variant.
In response to the recent flood of infections, Iran has imposed new restrictions including prohibiting travel between provinces until August 27 at the earliest and closing government buildings, banks and non-essential shops until August 21. However, authorities have accused some citizens of breaching restrictions by engaging in “unnecessary travel,” further spreading the virus.
--- ---
...