Chinese embassy points to ‘real threat to the world’ 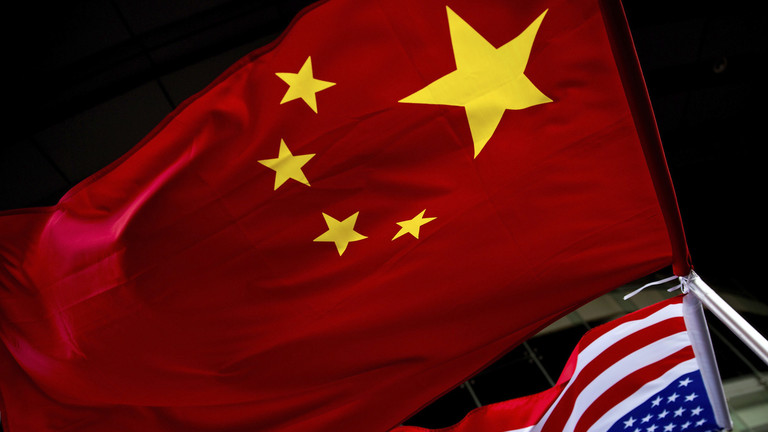 The Chinese Embassy in Russia has shared a list of US bombings and invasions since World War 2
Chinese diplomats have published a list of US military adventures in recent decades, arguing that Washington was the “real threat” to the world, as the EU, the US, the UK, NATO, and the UN chief have all accused Moscow of an “unprovoked” attack on Ukraine.
The Chinese embassy in Russia on Saturday reposted an image originally shared by China’s Foreign Ministry spokesperson Lijian Zhao earlier this week showcasing the United States’ “Democracy World Tour.” Listing many of the incidents where the US had either bombed or invaded other countries since the end of the Second World War, the image noted that these nations represented “roughly one-third of the people on earth.”
“Never forget who's the real threat to the world,” Zhao captioned the photo.
The embassy added the same caption to its post, but in Russian.
Никогда не забывайте, кто представляет настоящую угрозу миру. https://t.co/PzNQFbLAcZ
— Chinese Embassy in Russia 中国驻俄罗斯大使馆 (@ChineseEmbinRus) February 25, 2022
The embassy went on to point out that 81% of wars between 1945 and 2001 were launched by the US, accusing Washington of “pouring oil” on the conflict in Ukraine.
Among the 248 armed conflicts that occurred in 153 regions across the world from 1945 to 2001, 201 were initiated by the #US, accounting for 81% of the total number. pic.twitter.com/Kjn81VIVXP
— Chinese Embassy in Russia 中国驻俄罗斯大使馆 (@ChineseEmbinRus) February 25, 2022
A key question here is what role the #US, the culprit of current tensions surrounding #Ukraine, has played. If someone keeps pouring oil on the flame while accusing others of not doing their best to put out the fire, such kind of behavior is clearly irresponsible & immoral. pic.twitter.com/m7BOmzUgO9
— Chinese Embassy in Russia 中国驻俄罗斯大使馆 (@ChineseEmbinRus) February 25, 2022
On Saturday, Zhao took yet another swipe at Washington with an image listing “bomb attacks, sabotage, attempted regime change” by Washington. The diplomat accompanied the post with a hashtag #NeverForget.
China was one of the three nations that abstained from the voting on a United Nations resolution condemning Russia’s “aggression” against Ukraine after it was vetoed by Russia. The resolution demanded the immediate withdrawal of troops engaged in the Kremlin’s “special military operation” in Ukraine. Bloomberg reported on Saturday that at least two of China’s largest state-controlled banks limited financing to purchase raw materials from Russia, reportedly out of concern about US sanctions.
--- ---
...

How India balanced all sides in the Russia-West conflict ... 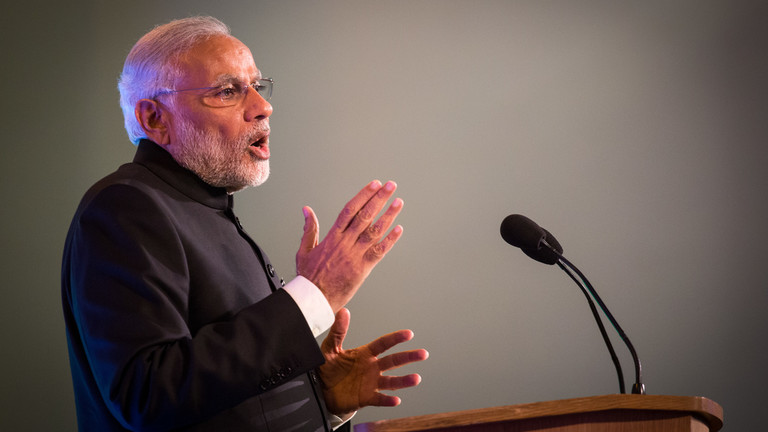 rt.com 06/04/2022 Politics
Refusing to condemn Russia’s military operation in Ukraine, India has been managing a multi-aligned foreign policy, to its benefit By Alexei Arora, a...View Details»