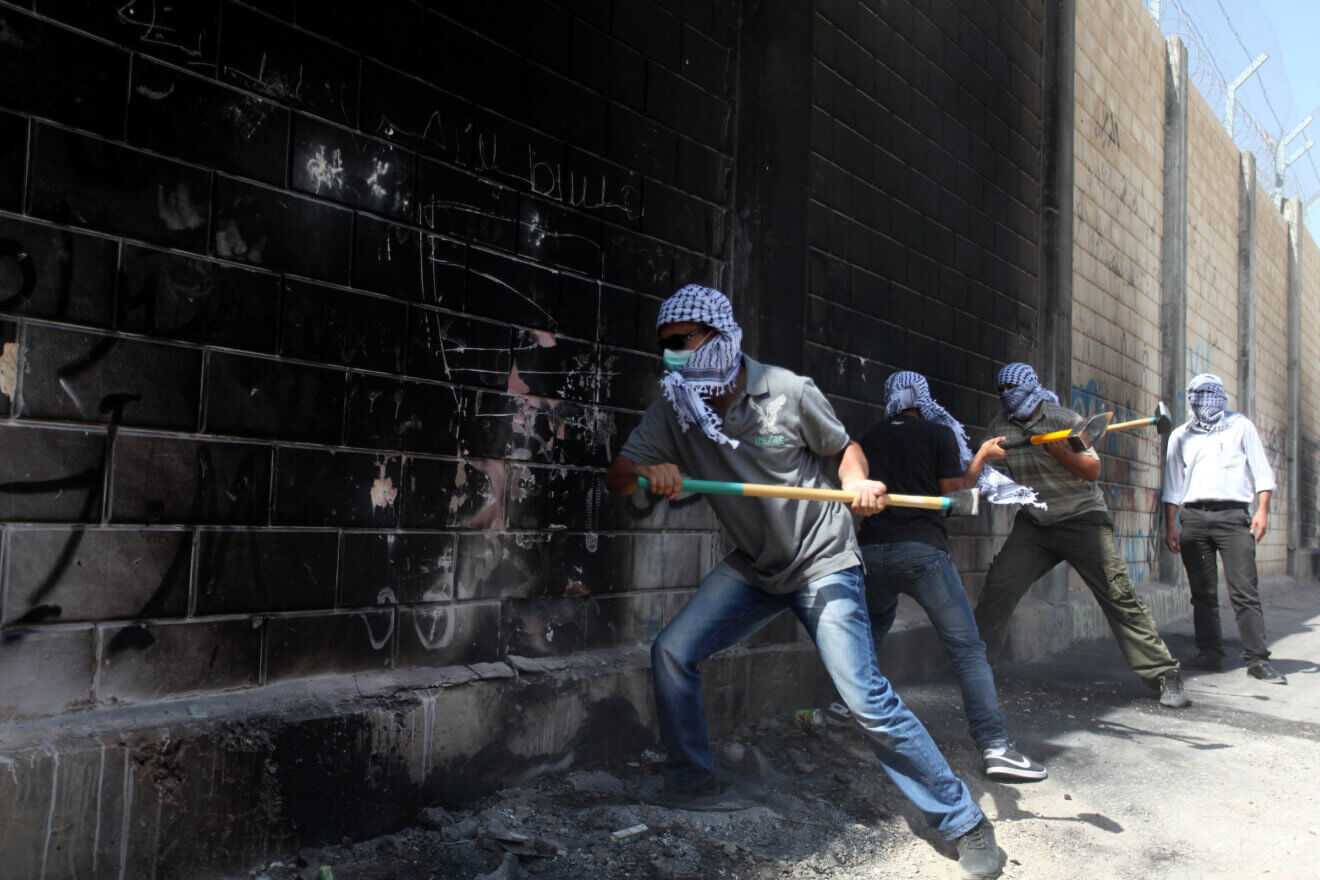 Harvard Law School's International Human Rights Clinic's recent report declaring that Israel is practicing apartheid is a victory for Palestinian human rights.
By Steve France April 5, 2022
In case you missed it, Harvard Law School’s International Human Rights Clinic (IHRC) lately issued a report that finds Israel’s treatment of Palestinians on the West Bank amounts to the crime of apartheid. The study, “Apartheid in the Occupied West Bank: A Legal Analysis of Israel’s Actions” came out on February 28 in the wake of five longer, wider-ranging, apartheid reports published since 2020 – and just before the UN Special Rapporteur on Human Rights in the occupied Palestinian territories published another apartheid report on March 21.
Prepared by the law school’s human rights clinic in partnership with Ramallah-based Addameer Prisoner Support and Human Rights Association, the report was released without fanfare and received minimal press coverage. And it has, so far, drawn no public condemnation by the Israel lobby. The state of Israel reacted only with a perfunctory, non-substantive statement by its UN ambassador, Gilad Erdan, that “those who wrote the report on behalf of Harvard . . . decided to delegitimize the Jewish state because of their antisemitic views.”
Although only 22 pages long, the report includes 130 footnotes that deftly back up the text and let readers drill down further. The narrow focus shines a searching light on the customized legal instruments and processes implemented since 1967 to deprive West Bank Palestinians of their human, civil and political rights.
The precise description of the lawfare by which Israel has, with impunity, intimidated, confused, humiliated, bullied, imprisoned, tortured and killed Palestinians since 1967 generates a compelling cumulative impact. Individual items in the litany are not in themselves news but to see them depicted in their coordinated entirety is to see how the Israeli machine of injustice does its anti-human work.
Given the potency of the report and the prestige of the Harvard brand, there is little doubt that the lobby will eventually go after the IHRC. The Israeli ambassador’s phrasing in his comments hints at the probability that there will be attempts made to pressure Harvard and Harvard Law School to disassociate themselves from “those who wrote on behalf of Harvard,” i.e., the IHRC.
In the meantime, the authors of the report have been circumspect, as has the UN body to which the report was submitted. The United Nations Independent International Commission of Inquiry on the Occupied Territory, including East Jerusalem, and Israel, which was convened by the UN Human Rights Council in May 2021, had called on civil society groups to document possible apartheid violations. (Addameer and the legal aid and research group Al-Haq had sent in another such report in January this year, titled “Entrenching and Maintaining an Apartheid Regime over the Palestinian People as a Whole.”) Link here.
After a meticulous outline of the crime of apartheid in international law, including a clear explanation of how and why ethnic groups, such as the Palestinians (or the Rohinga of Myanmar), are considered “racial groups” under the law, the Harvard-Addameer study maps the “dual legal system that entrenches Jewish Israeli supremacy” on the West Bank.
It begins by quoting what the commander of IDF forces in the West Bank proclaimed to the Palestinians in 1967:
“[A]ll authority of government, legislation, appointment and administration pertaining to the area or its residents will now be exclusively in my hands and will be exercised only by me or by any person appointed therefore by me or acting on my behalf.”
Fifty-five years later, this dictatorial power, which might be understandable in the immediate aftermath of a recent occupation of enemy territory, has been unwaveringly exercised and institutionalized. The power is deployed by way of military orders, more than 1,800 of which have rained down on the Palestinians, but never on the Israeli settlers in illegal Jewish-only settlements that have spread throughout the Occupied Palestinian Territory.
--- ---...