Iran is planning to expand air and sea travel while relaxing visa rules to host hundreds of thousands of World Cup fans.
By Maziar Motamedi
Published On 12 Apr 202212 Apr 2022
Tehran, Iran – Iran has reached a series of agreements with Qatar as it mobilises plans to host fans of the men’s football World Cup that will be held in its neighbouring country later this year.
The Qatari transport minister, Jassim bin Saif al-Sulaiti, was hosted by Iran’s roads minister Rostam Ghasemi during a two-day visit to the resort island of Kish, which culminated in the signing of agreements on Monday, including for operations to link the Doha Flight Information Region (FIR) with the Tehran FIR.
The two countries also agreed to increase the number of flights between them, according to state media.
The increased cooperation is meant to facilitate fans’ stay on Kish island, which is a 40-minute flight or a six-hour boat journey away from Doha, in addition to boosting boat routes and flights that would take fans back and forth at regular intervals.
Al-Sulaiti also met Saeed Mohammad, the head of the Organization of Free Trade-Industrial Zones of Iran.
Cooperation on the World Cup was the subject of one of 14 agreements Iran’s President Ebrahim Raisi and Qatar’s Emir Tamim bin Hamad Al Thani signed in late February in Doha. The two leaders also discussed Monday’s agreements in a phone call last week. 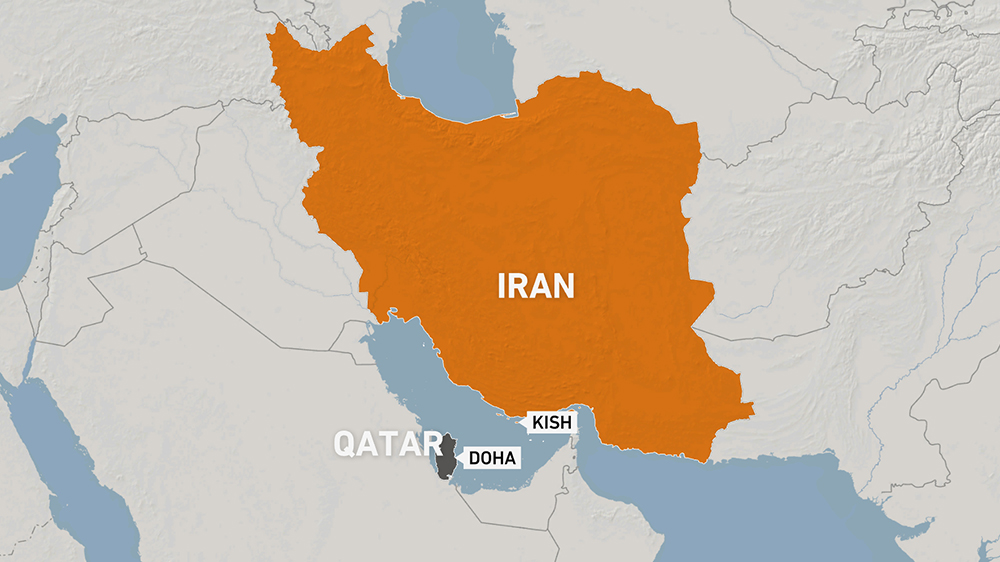 While Kish is the main focus, Iranian authorities also hope to be able to utilise other islands and cities of the southern Hormozgan Province to welcome fans.
They also wish to potentially extend some of the measures beyond the World Cup, which starts in November, in order to boost tourism and travel ties between the two countries, but the details are still unclear.
Ghasemi said he expected hundreds of thousands of World Cup fans to stay in Iran.
“We are now planning to create the grounds for foreign fans and tourists to travel to Iran during their leisure times to visit our country’s attractions as well,” the Iranian roads minister said.
Stays in Iran will likely be much cheaper for foreign visitors than those in Qatar, in part because of the battering the Iranian rial has taken due to sanctions imposed by the United States in recent years.
Iranian authorities hope fans staying on Kish and travelling back and forth during the World Cup could benefit the country’s tourism sector, which has been significantly affected in recent years by the combined effects of the COVID-19 pandemic and the sanctions.
Mohammad Mohammadi, the head of Iran’s Civil Aviation Organisation, said there are now 72 flights between Iran and Qatar daily. That number, he said, could be boosted to 100 flights per day.
Mohammadi also said Iran could facilitate cargo transfer between the two countries during the World Cup period.
Iran is also trying to employ new cruise ships to facilitate sea travel to Qatar. Deputy Roads Minister Ali Akbar Safaei promised several new cruise lines will be activated by Eid al-Fitr in May.
To encourage and facilitate more travel, Iran is also expected to waive visas required for incoming visitors from Qatar.
Leila Azhdari, who heads the foreign tourism department at the Iranian tourism ministry, said the foreign ministry had agreed to waive visas for travel from Qatar for two months during the World Cup, which will end on December 18.
Visitors, she said, can apply for free single or multiple-entry passes for 20-day stays during those two months, the exact dates of which will be announced later.

Afghanistan’s neighbours gather in Tehran to discuss its future ...
aljazeera.com 27/10/2021 News
Iran says the main goal of the event is to emphasise the call for the formation of an ‘inclusive’ government in Afghanistan. By Maziar Motamedi Publis...View Details»