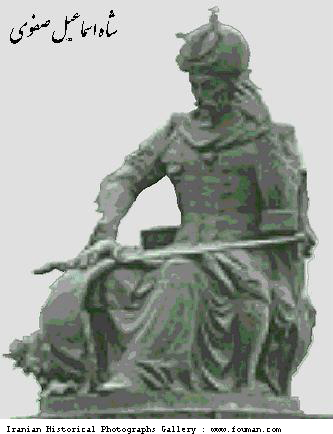 After 12 years of fighting with over 50 tribal, and regional leaders, the coronation ceremony of Shah Ismail, the founder of the Safavid dynasty took place in Tabriz. By declaring Shiite, the official faith he created a new center of power among Muslims. His other source of power came from being Turk and being backed by important Turkish tribes such as Shamloo, Afshar, Qajar, etc. He was a great poet that wrote many poems in Turkish. The name Safavid was derived from Sheikh Seyfeddin's name. On June, 15, 1502 Shah Ismail ordered reviving of Persian carpet tradition. This event is of great importance because people wonder where the quality of Persian carpets comes from. After the fall of Sassanid empire, carpet weaving had changed due to cultural invasion of nomadic tribes that were fond of creating basic geometrical shapes on kilims which were suitable for tents rather than houses and palaces. However Persian carpet was to remain a piece of art with different themes and designs where complicated shapes of plants, animals, people, etc come together in harmony in great detail that sometimes requires months of continuous work that can not be expressed by anything except love of the art. The contribution of the Safavid dynasty to Islamic arts also is of undeniable nature just after one takes a trip to the Safavid capital: Isfahan....

english.irib.ir 26/11/2013 Arts
The art of carpet weaving has existed in Iran since ancient times and is one of the most distinguished embodiments of Iranian culture and art. His...View Details»