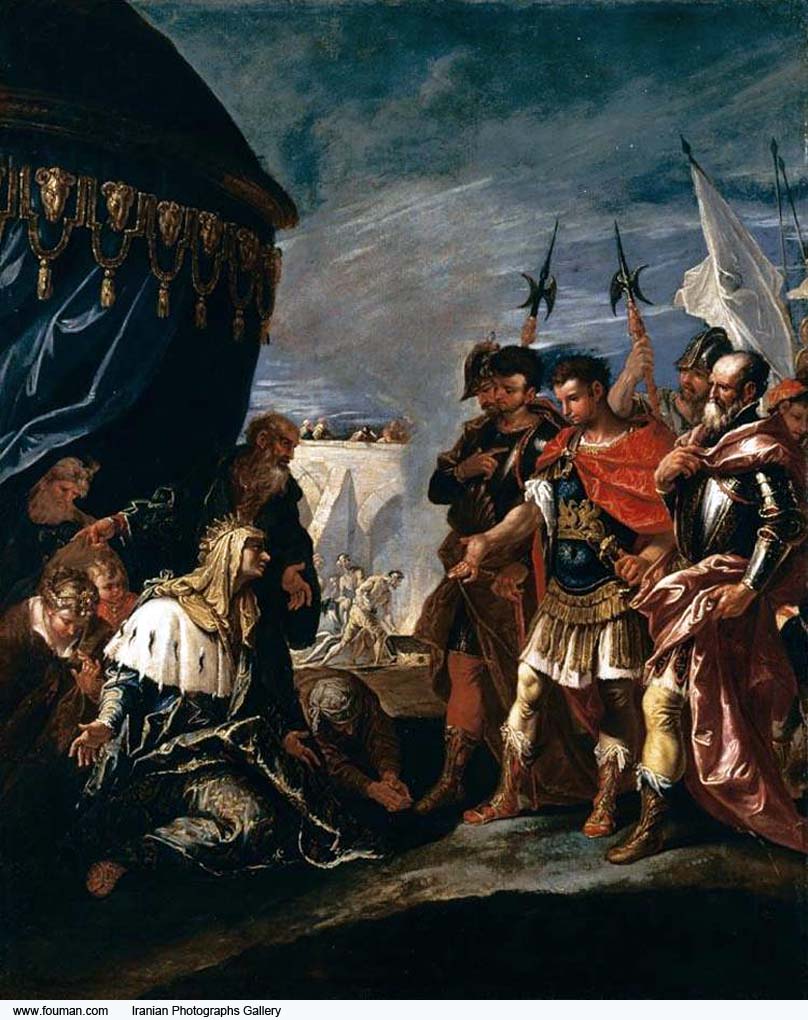 Sisygambis, the mother of Dariush 3rd passed away five days after Alexander's death. She who had given birth to seven sons and seen their death, must have lived a painful life. When she was young, Artaxerxes 3 had killed all his brothers and nephews during a power struggle. Then she witnessed fall of the Persian empire and she was taken captive together with her daughters : Barsineh and Drypetis, and her daughter-in-law Statira, and his five year old grandson Ochus. At the time Alexander, a homosexual warrior called himself son of god, he kept himself busy with destroying cities, plundering civilians and raping captive children. But he died like anyone else; thus leaving the empire in civil wars and more bloodshed that lasted for more than 300 years.... 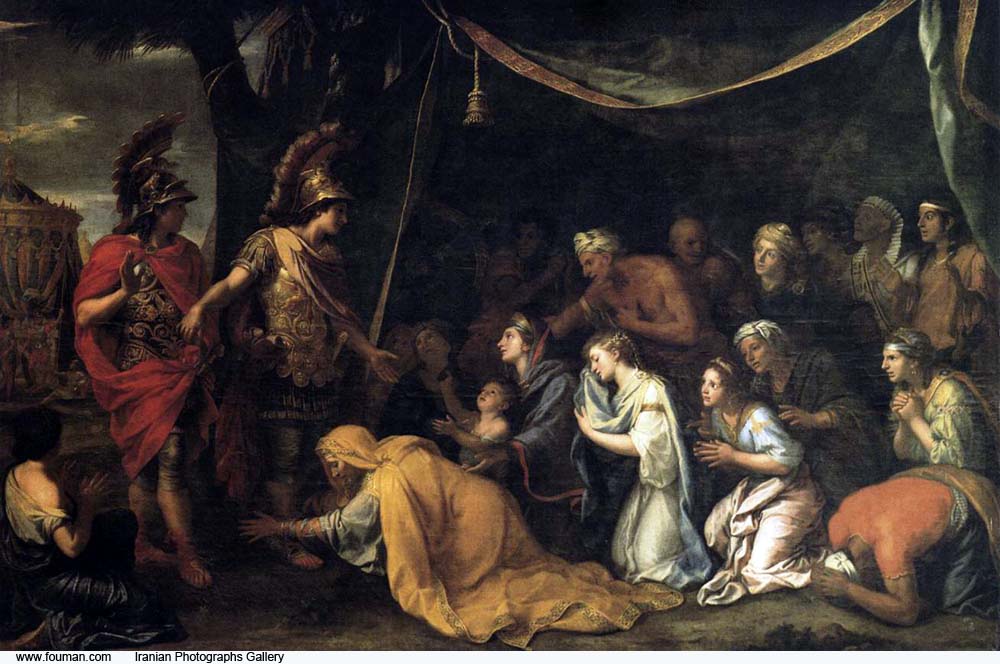 1host2u.ir 01/01/2012 Media
The Family of Dariush before Alexander by Charles Le Brun. Dariush 3rd fled the battle and his family including his mother, wife, two daughters and hi...View Details»

The Battle of Issus... 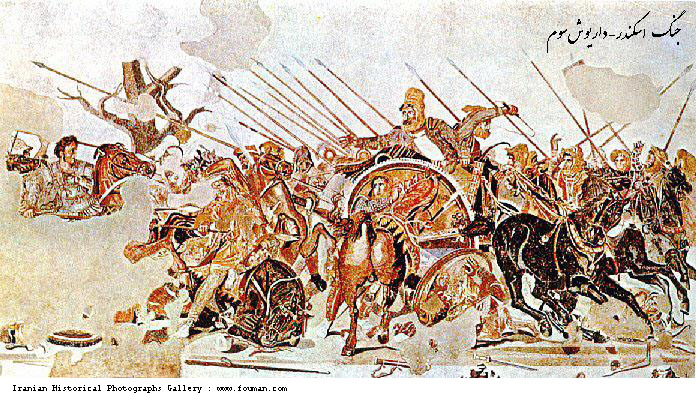 1host2u.com 06/11/333BC History
When the forces of Alexander and his general Parmenion joined at Pillar of Jonah, Dariush 3rd forces were on their back passing the Armenian gate. The...View Details» 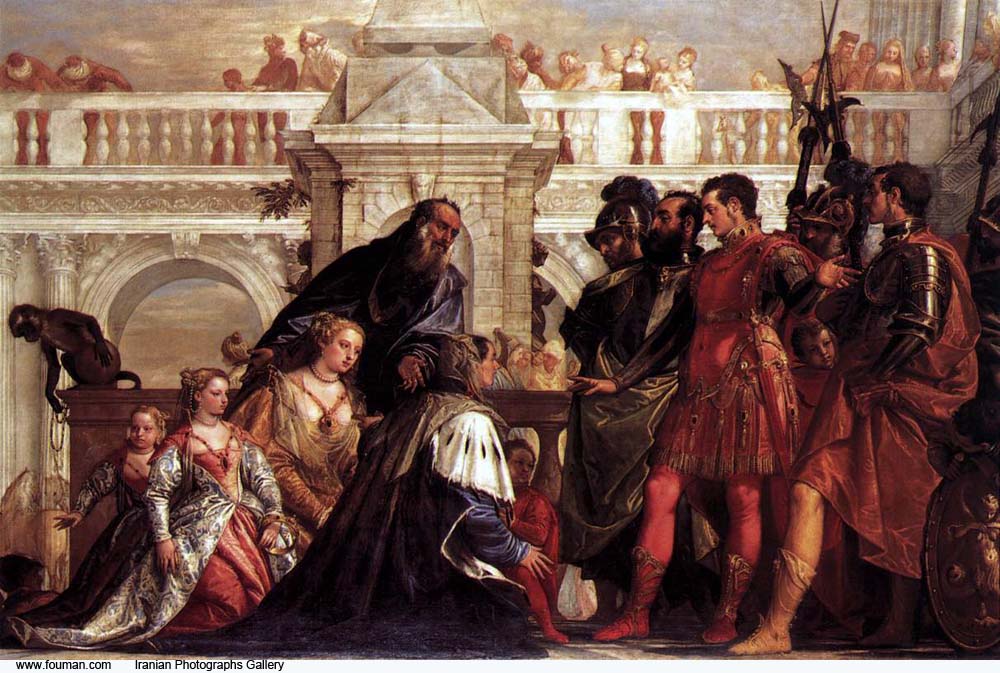 1host2u.ir 01/01/2012 Media
Sisygambis, mother of Dariush 3d and the rest of his family: his wife, daughters, and 5 year old son became captive after Dariush deserted at the Batt...View Details» 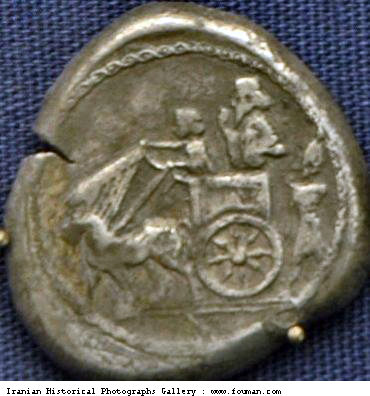 1host2u.com 06/07/343BC History
Nakhthorhebe gave sacrifices to gods on this full moon night to help him in the war with Artaxerxes 3 Ochus. The Persian king was determined to get ba...View Details»