Iran Sides With Palestinians Against Israel 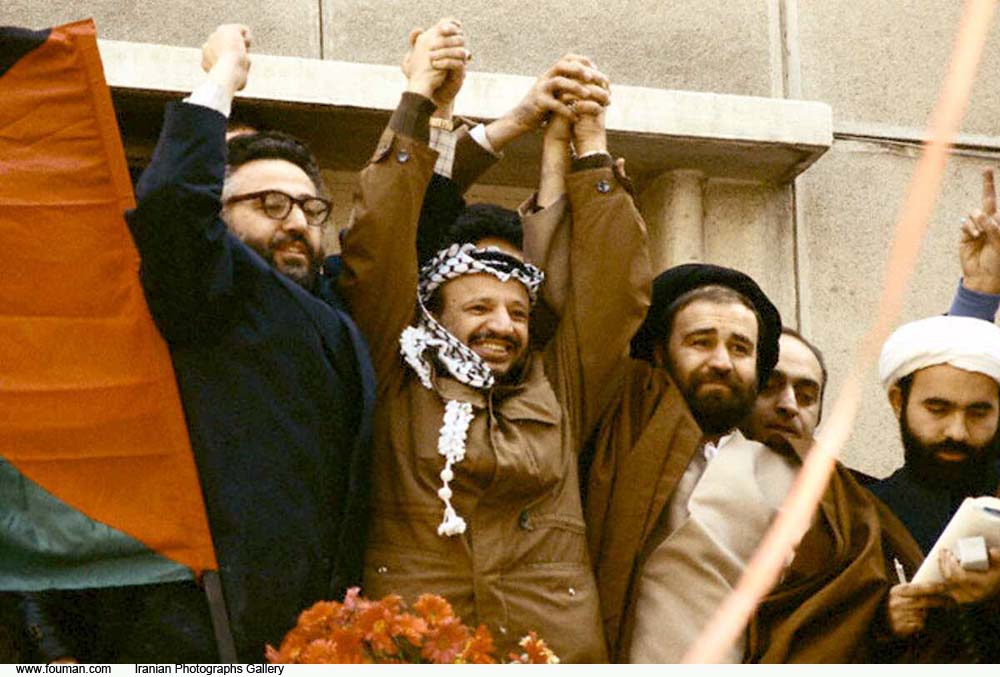 One of the most determining dates in contemporary Iranian history is today when during a ceremony Yasser Arafat, the leader of the PLO inaugurated the Palestine embassy in Tehran. The building allocated for this purpose was the embassy of Israel. Ahmad, Ayatollah Khomeini's son represented his father in the ceremony and Dr. Ebrahim Yazdi, one of the prominent leaders of Iranian National Freedom Movement made a historical speech denouncing Israel atrocities and praising Palestinians rights. Meanwhile, the ministry of foreign affairs of the interim revolutionary government ordered all Israel diplomats, embassy staff, and advisors to leave the country while Iranian citizens were ordered to leave Israel immediately. All diplomatic relations were halted and Iran declared that it does not recognize the state of Israel anymore.
This action immediately angered western countries. Iran later started to play an active role against the Zionist regime in Lebanon that led to creation of Hezbollah. Iran's alliance with Syria and Palestinian resistance created a counter balancing weight against colonial policies that took away Palestinians homeland in 1948. Ironically, Iran was a major player on the opposite side for more than 30 years. As a matter of fact, as long as the Arabs see Iran as an outsider as today, all efforts to help Palestinians prove futile as seen in the past 30 years....