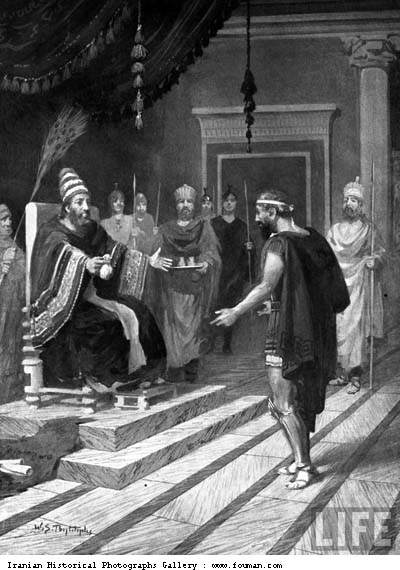 Artaxerxes 2 of Achaemenid empire suppressed the revolt in Cyprus which used to be a naval base for the Iranian army for two centuries. In a treaty made in 386 B.C., Athens officially acknowledged Iran's rule over Cyprus as the world's single superpower of the time and guaranteed not to meddle in its affairs. Artaxerxes 2 ruled until 358 B.C. and his reign was the last years of Iran's integrity. The following years were associated with acts of treason and conspiracy that led to dissolving of the Achaemenid empire in 330.
Cyprus changed hands until it became part of the Roman empire. The Ottomans ruled over Cyprus until she was surrendered to the British in an agreement made on June, 4, 1878. Britain annexed Cyprus in 1914. In 1960, after an uprising the country gained its independence. Britain's divide and rule policy was at work again in 1970 when the Turkish population who immigrated during Ottomans divided the country into north and south. Northern Cyprus is a country recognized by only one country in the world; that is Turkey....