Tahmasp Restored To Throne In Isfahan 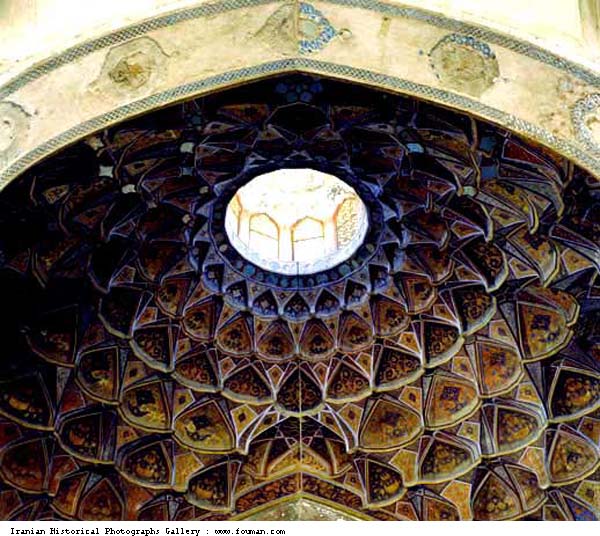 After Nader's decisive victory at Mehmandoost, Nader came in sight of the enemy stationed at an advantagous position on a hill near Isfahan on the evening of Nov, 12. Nader sent his best Kurdish men for surveillence. They slew about four hundred of the rebels, and returned at night with several prisoners who reported that an Ottoman general had joined Ashraf with a formidable army. The law of nations had been violated since field was taken without declaration of war. At dawn, he proceeded towards Ashraf's army but he turned towards Isfahan, turning around the hill. Soon after, a part of the enemy's camp which seemed ill defended came into sight. He ordered one of his officers to attack the camp while he prepared to engage with the attacking enemy at the head of his cavalry. His plan worked and the camp was captured. Having seized their cannon, Ashraf's army was harrassed in the rear. The battle was fiece and after several hours the Ottomans began to give way at noon. They were soon followed by their allies and began to escape towards Shiraz. When the news reached Isfahan, the natives who dwelled in the districts took the matters in their own hands and thus Nader entered the city in cheers and joy.Nader sent the Shah an account of his victory, and invited him to the throne of his ancestors in the metropolis of their empire.
The arrival of Shah Tahmasp recovered Isfahan to its ancient splendour and forty days were spent in celebrations.
Ashraf's last desperate attempt was met by Nader near Shiraz where his troops were cut to pieces and Ashraf had to flee to Kandahar where he was killed by Prince Hossein. Before his death, Ashraf ordered his women to be strangled, fearing they should fall into the hands of his enemies.
At Norooz, Shah granted him four provinces of Khorasan, Mazandaran, Kerman, and Sistan, requesting him to accept the title of Sultan, and to wear a diadem set with jewels. Nader declined bearing any title....