Repudiation of the Tobacco Concession

On January, 6 1892, by a decree Naseroddin Shah canceled the Tobacco Concession.
The Persian Tobacco Protest (Persian: نهضت تنباکو nehzat-e tanbāku), was a Shi'a revolt in Iran against an 1890 tobacco concession granted by Nasir al-Din Shah of Persia to Great Britain, granting British control over growth, sale and export of tobacco. The protest was held by Tehran merchants in solidarity with the clerics. It climaxed in a widely obeyed December 1891 fatwa against tobacco use supposedly issued by Grand Ayatollah Mirza Hassan Shirazi.
Background
Beginning in the 19th century, the Qajar dynasty found itself in a precarious situation due to an increasing foreign presence within Iran. Reeling from devastating losses against the Russian Empire in 1813 and 1828 as well as the British Empire in 1857, not only was the Qajar government forced to grant countless concessions to these foreign powers, but Iranian bazaaris (merchants) were left in a highly vulnerable position as they couldn't compete with the numerous economic advantages gained by merchants from Europe. According to the accounts of foreigners living in Iran at the time, the Qajar dynasty was highly unpopular among the populace and was perceived as having little concern for the welfare of its residents. Later accounts by British eyewitnesses suggest that the reason why the dynasty had not been overthrown sooner in the face of widespread discontent was due to British and Russian intervention that essentially propped up the shah. 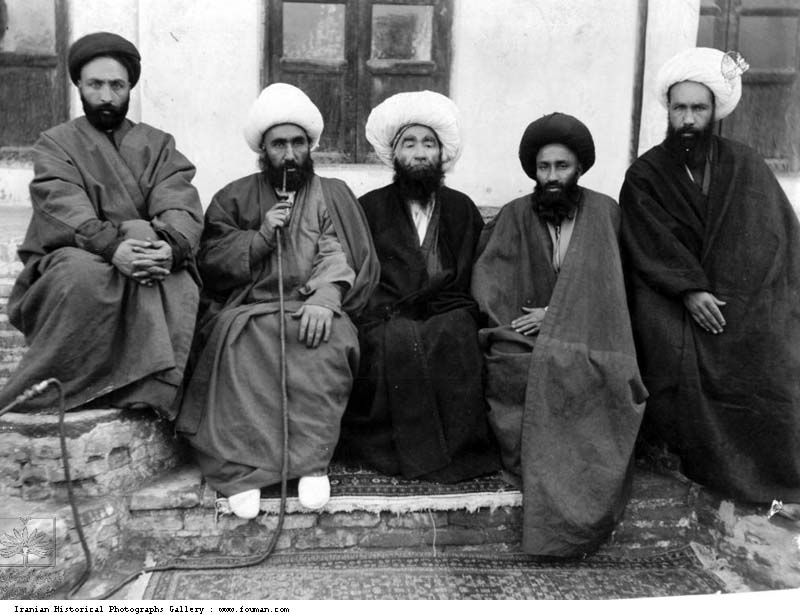