The Battle of Avarayr - Sassanid Victory In Armenia 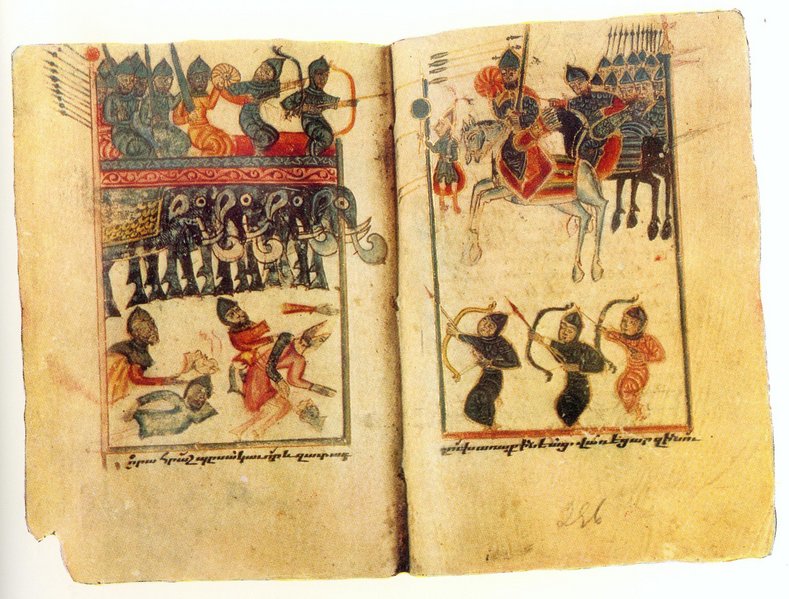 The Battle of Avarayr also known as Battle of Vardanants, was fought on May 26, 451 AD on the Avarayr Plain in Vaspurakan, between the Armenian Army under Vardan Mamikonian and Sassanid Persia. Although the Persians were victorious on the battlefield itself, the battle proved to be a major strategic victory for Armenians, as Avarayr paved way to the Nvarsak Treaty (484 AD), which affirmed Armenia's right to practice Christianity freely.
The Sassanid Persians once ruled an empire that included parts of India, Afghanistan, Pakistan, Iran, eastern Mesopotamia, Armenia and Tajikistan. The Roman Empire used Armenia for a proxy war with Iran. The Battle of Avarayr was fought on May 26, 451 on the Avarayr Plain in Vaspurakan, between the Armenian Army under Saint Vartan and their Sassanid rulers, resulting in Persians victory.
The Kingdom of Armenia was the first nation to officially convert to Christianity, in 301 AD under Tirdad 3. In 428, a revolt of the nobles overthrew the Armenian Arsacid. The country became a Sassanid dependency and the Sassanid installed a governor. The Armenians initially welcomed Persian rule, provided they were allowed to practice Christianity; but Yazdgerd 2nd, concerned that the Armenian Church was hierarchically dependent to the Latin- and Greek-speaking, Western Christian Church, aligned with Rome rather than the Aramaic-speaking, Persian-backed Nestorian Church, tried to compel the Armenian Church to abandon Rome and Byzantine in favor of the Nestorians or simply convert them to Zoroastrianism. He summoned the leading Armenian nobles to Tisfun, and pressured them into cutting their ties with the Western Church as he had intended. According to Armenian tradition, attempts at demolishing churches and building fire-temples were made and a number of Zoroastrian magi were sent, with Persian military backing, to replace Armenian clergy and suppress Christianity.
But Yazdgerd policy created Christian rebellion in Armenia. When news about the compulsion of the nobles reached Armenia, a mass revolt broke out led by Vartan. Yazdgerd 2 gathered a massive army to attack Armenia. Vartan asked Constantinople for aid, as he had good personal relations with Theodosius II, who had made him a general, and he was after all fighting to remain in the Western Church; but this assistance did not arrive in time.
The 66,000-strong Armenian army was a popular uprising, rather than a professional force, but the Armenian nobility who led it and their respective retinues were accomplished soldiers, many of them veterans of the Sassanid dynasty's wars with Rome and the nomads of Central Asia. The Armenians were allowed to maintain a core of their national army led by a supreme commander. The Armenian cavalry was, at the time, practically an elite force greatly appreciated as a tactical ally by both Persia and Byzantine. In this particular case, both officers and men were additionally motivated by a desire to save their religion and their way of life. The Persian army, said to be three times larger, included war elephants and the famous Savaran, or New Persian Immortals, cavalry. Several Armenian noblemen went over to the Persians before the battle, and fought on their side; in the battle, Vartan won initial successes, but was eventually slain along with eight of his top officers.
Following the victory, Yazdgerd jailed some Armenian priests and nobles and appointed a new governor for Armenia.
Armenian resistance continued in the decades following the battle. In 484 AD, the Sassanid guaranteed religious freedom to the Christian Armenians and granted a general amnesty with permission to construct new churches.
Negotiations between the Romans and the Persians which had begun in the reign of Ardeshir 2nd culminated in a treaty of mutual friendship in the year 384. According to this treaty, Armenia was partitioned between the Romans and the Persians. Therefore two kingdoms were formed, one a vassal of Rome and the other, of Persia....