President Says US Behind 9/11 Plot 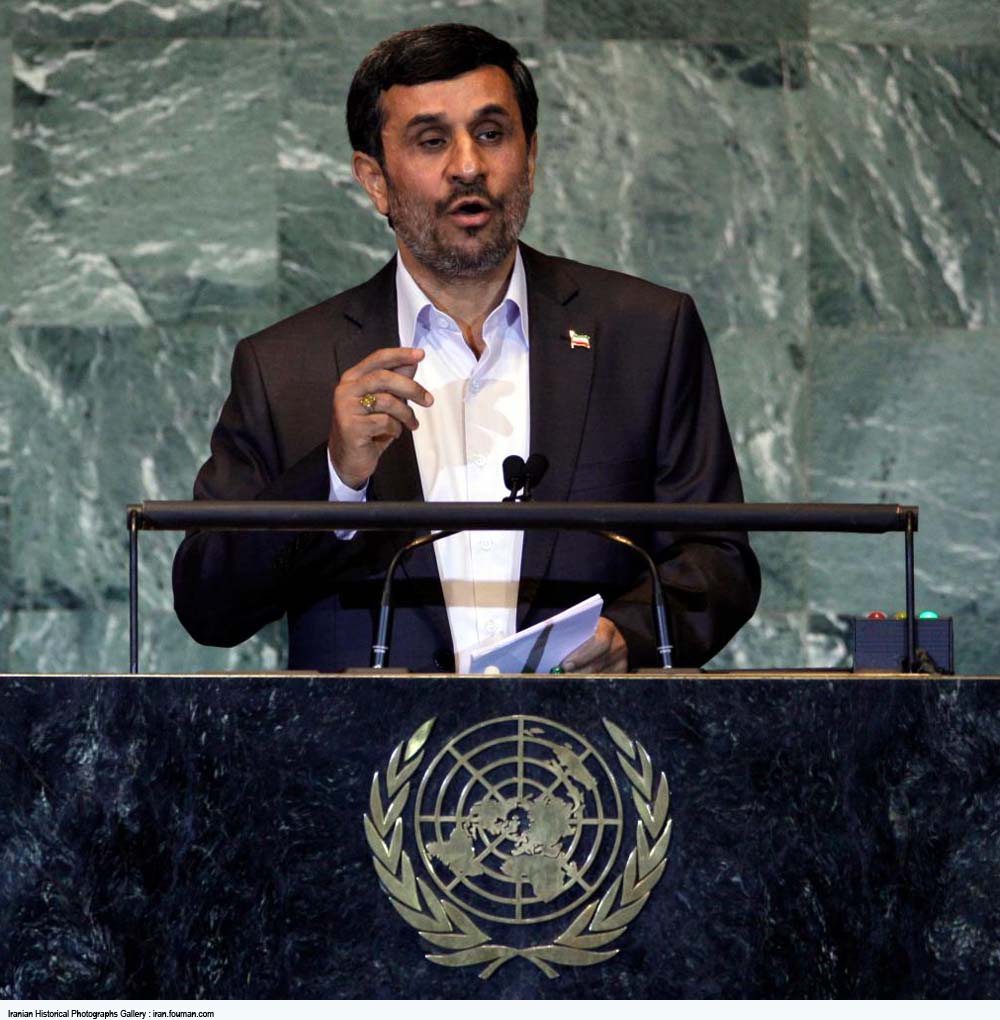 Iranian President Mahmoud Ahmadinejad told the United Nations on Sep, 23, 2010 most people believe the U.S. government was responsible for the 9/11 attacks, prompting the U.S. delegation to leave the room in protest.
9/11 attacks were a series of four coordinated suicide attacks upon the United States on September 11, 2001. According to US reports, on that day, 19 terrorists from the Islamist militant group al-Qaeda hijacked four passenger jets. The hijackers intentionally crashed two planes, American Airlines Flight 11 and United Airlines Flight 175, into the Twin Towers of the World Trade Center in New York City. Both towers collapsed within two hours. Hijackers crashed American Airlines Flight 77 into the Pentagon in Arlington, Virginia. The fourth jet, United Airlines Flight 93, crashed into a field in Pennsylvania,
Despite the fact that all attackers were Saudi Arabia nationals, in the afternoon of September 11, Secretary of Defense Donald Rumsfeld was issuing orders to his aides to look for evidence of Iraqi involvement. The event became a tool for a broad propaganda war that triggered invasion of Afghanistan and Iraq.
But when the clouds disappeared, there were conspiracy theories alleging that the collapse of the World Trade Center towers were the result of a controlled demolition rather than structural weakening due to fire. Time revealed that there were several other facts supporting the 9/11 Conspiracy:
-Inside traders knew about attacks before they happened: Right before 9/11, in Wall Street an extraordinary amount of put options were placed on United Airlines and American Airlines stocks.
-The most sophisticated air defense system in the world: NORAD was told to stand down on 9/11.
-Planes didn’t make towers collapse, bombs did: Many scientists maintain that plane fuel cannot produce enough heat to melt the steel frame of the two buildings that collapsed.
-The Pentagon attack scientifically doesn’t hold up: the impact holes in the pentagon were much smaller than a commercial plane.
-Flight 93 was completely staged
-Hijackers are alive: their passports and identifications survived explosion and were presented as evidence!
-Cell phone calls made from plane seem to have been faked.
-Jewish people knew attack was going to happen in advance and took the day off.
-Black boxes found by search crew were kept secret.
-Bin Laden tapes were fake: initially, Osama Bin Laden denied any responsibility or involvement with the attacks. Soon afterwards, numerous tapes came out claiming that he took full responsibility on the attacks.
Such allegations were there for ten years but when they came out of Ahmadinejad's mouth, they made sense and it meant a lot more. The Apocalyptic atmosphere that was created by the US media had perplexed the world beyond anyone's courage to even cast a doubt. The world became black and white: either with US or against it.
Ahmadinejad asked for an independent fact-finding committee appointed by UN which was a logical request. At the same time, it must be admitted that he touched an issue which had been made sensitive as the US began to show how dare you attitudes sanctioning Iran childishly to the extent of making both states bankrupt.
In May, 2011, US announced that Bin Laden was killed in Pakistan and his body was buried at sea, like a sailor, oddly enough? Not, at all. In an army which is also the biggest drug dealer in the world
In Sep, 2011, the Obama administration accused Iran with an assassination plan against a Saudi official inside the US, somehow completely degrading Iranian capacity. Although allegations are funny enough, it is pretty hard to see reason or sense of humor in the eye of a doped cowboy riding on a mad bull running around, shooting in the air......