Iran's Mossadegh 'would have negotiated with Donald Trump'

Iran's Mossadegh 'would have negotiated with Donald Trump' ...
aljazeera.com 19/08/2018 Politics

* * * Tehran, Iran - On August 19, 1953, an American-led military coup toppled Iran's first democratically elected government of Prime Minister Mohammad Mossadegh, a move described in a declassified CIA document "as an act of US foreign policy".
For the past 65 years, this event has continued to haunt the ties between Tehran and Washington - and in recent months has taken on a new significance amid a renewed diplomatic standoff between the two following US President Donald Trump's decision to withdraw from the 2015 nuclear deal and reimpose sanctions.
The move angered Tehran and prompted a range of reactions - from President Hassan Rouhani saying Iran will not negotiate while sanctions are in place, to the Supreme Leader Ayatollah Ali Khamenei declaring that all negotiations are off the table while Trump is president.
But if Mossadegh was in charge today, he would have engaged in direct talks with Trump, a former Iranian diplomat and current spokesman of the late leader's political party, National Front, told Al Jazeera.
"For Dr. Mossadegh, everything was towards the realisation of the country's national interest," Davoud Hermidas-Bavand said, addressing him by his title as a doctor of law.
"If he was alive today, and he was responsible for any decision for the country, he would have adopted the same approach he took in 1953, within the context of existing international framework and international values," added the 85-year-old.
Asked if Mossadegh would have negotiated with a US leader like Trump, Bavand answered, "Yes", adding that it should be within the framework of the UN Charter, which calls for "peaceful means" in resolving conflicts.
In May 1953, just months before his ouster, Mossadegh ordered the government's takeover of the Anglo-Iranian Oil Company, now British Petroleum (BP).
The prime minister had contended that an oil exploration deal signed decades before favoured the British company, instead of the Iranian people.
But before going ahead with the takeover, Mossadegh had held months-long talks with the UK and the US to reach a compromise. The dispute went all the way to the International Court, which sided with Iran.
Operation AJAX
Mossadegh's decision to cancel the contract, which was set to expire in 1993, angered the British government. London sought help from Washington to carry out a plan to force the prime minister out of office, with the tacit approval of the Iranian monarch, Mohammad Reza Shah Pahlavi.
By mid-August of that year, political forces loyal to Mossadegh and the US-backed Shah were facing off in Tehran, leading to days of unrest that even forced the Shah to flee to Rome by way of Baghdad.
The US-led plot culminated on August 19, with Mossadegh's removal.
According to a declassified US State Department document, a day before his ouster, Mossadegh held a meeting with Loy W. Henderson, the US ambassador to Iran, and made remarks hinting that "the United States was conniving with the British to remove him as Prime Minister".
On the day of the coup, Henderson, in a telegraph message to the CIA, requested "that five million dollars be immediately available" to support the newly hand-picked Iranian prime minister, General Fazlollah Zahedi, according to the same US document. 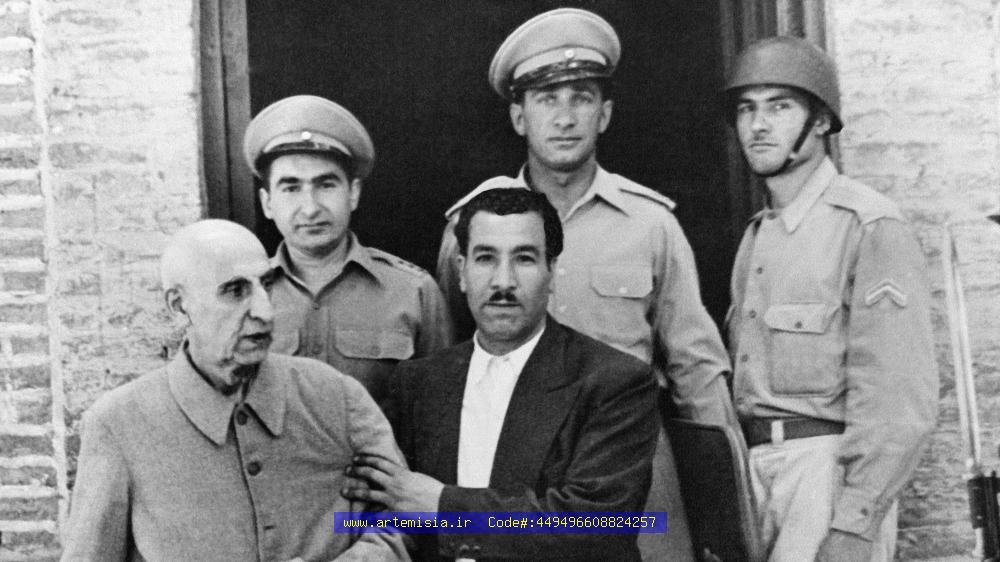 Mossadegh (L) after being released from Ghasser Barracks in northern Tehran on August 4, 1956, after three years of imprisonment on treason charges [File: AP]

* * * But as early as July 1953, it was revealed in a declassified "top secret" CIA document that Washington had already instructed CIA's John Waller to prepare "an official American statement to follow a 'successful' coup".
The plot would later be revealed as Operation AJAX. Following his ouster, Mossadegh was imprisoned for three years. He died in 1967 under house arrest upon the order of the Shah.
'Altering Iran's destiny'
Are US Sanctions Realigning Global Alliances?
Bavand, who served at the United Nations, was a young student leader at Tehran University when the coup took place.
Speaking from inside his northern Tehran residence full of memorabilia from his time as a diplomat, he described how student supporters of Mossadegh would write anti-Shah graffiti around the capital under the cover of darkness.
"There was no freedom to demonstrate," he said. "But we were doing some kind of underground activities."
On the day of Mossadegh's ouster, Bavand said, news spread that the then-prime minister was killed by the military plotters, sending a wave of anger and grief across the country.
"Upon the minds and hearts of the people, they believed that everything have been changed drastically," he said. 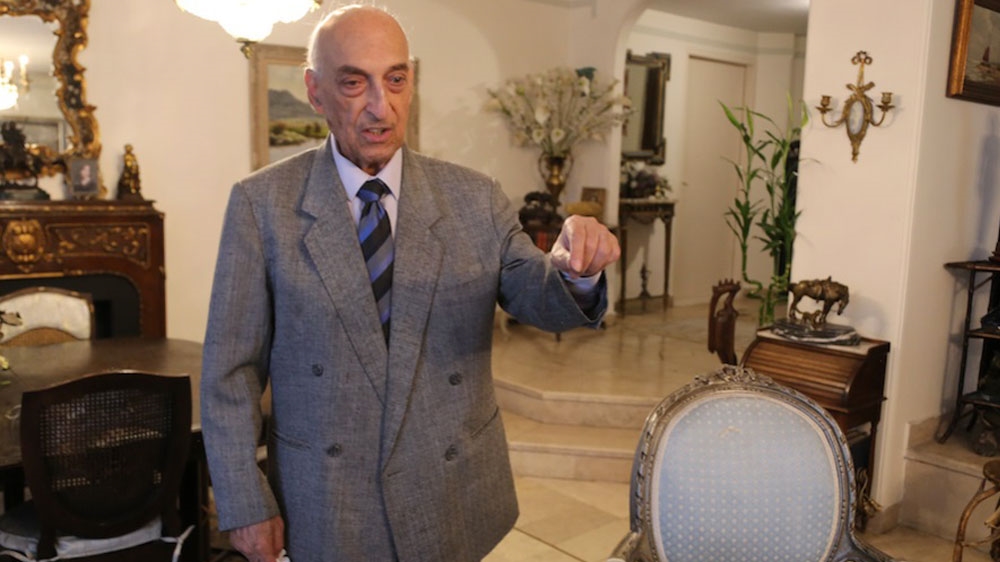 ** Bavand said the prime minister would have negotiated with Trump had he been alive today [Ted Regencia/Al Jazeera]
The news of Mossadegh's death was proven false. But the military coup cast a shadow on the country's path to democracy, Bavand said.
"That was a very sad situation actually. The whole expectation for democratisation, all the things evaporated.
"We believe that if the coup d'etat would not have happened, the future of the Iranian socio-political destiny would be totally different, in a better way," he said.
Mossadegh's 'fatal mistake'
Mohamad Marandi, a specialist on Iran-US relations at Tehran University, said that he sees some parallels between the events of 1953 and the current political impasse between Iran and the US.
He said the US government is again making a "grave mistake" in trying to isolate Iran by reimposing economic sanctions, in place since August 7. A second round of sanctions targeting Iran's energy production is expected in November.
"They will not succeed," Marandi told Al Jazeera. "I have no doubt that the Iranians will persevere. The leadership in Iran is much more effective than in 1953," he said, while criticising Mossadegh for "being naive about America's political intentions and naive in trying to preserve the monarchy".
"History will in itself help Iranians to be more aware of what's going, and the parallels between today and 1953."
Lessons from '53
Marandi said Iranians can draw some lessons from the 1953 coup by resisting the current US pressure on the government - even though Trump has said he is willing to speak to Iran's leadership without preconditions, his comments were instantly walked back by US Secretary of State Mike Pompeo who listed several steep demands for such a summit to take place.
Marandi pointed out that Iran's Supreme Leader Ayatollah Khamenei had already "closed the door completely" on the possibility of talks with the Trump administration.
"When a person threatens you with Holocaust and destruction one day, then the next day, says he will negotiate without preconditions, when you have a spiteful person who is so erratic, there isn't really anything to say, because you can’t trust what he does, or what he promises."
Meanwhile, Sina Toossi, research associate at the Washington DC-based National Iranian-American Council, said that the main lesson the US can draw from the 1953 coup is that "intervention in the internal affairs of other countries can lead to unpredictable consequences and severe blowback".
"The effect was to radicalize the Iranian population in an anti-American direction, create fertile ground for the rise of Ayatollah Khomeini's Islamic movement and the 1979 Revolution," he told Al Jazeera.
Today, the US approach to Iran similarly lacks foresight, he said, pointing to the Trump administration's policy, which he said is hurting ordinary Iranians.
"The effect of such policies weakens Iran's fragile civil society, empowers hardliners at the expense of pragmatic and moderate political leaders, and diminishes chances for peaceful democratic evolution in Iran," Toossi said. 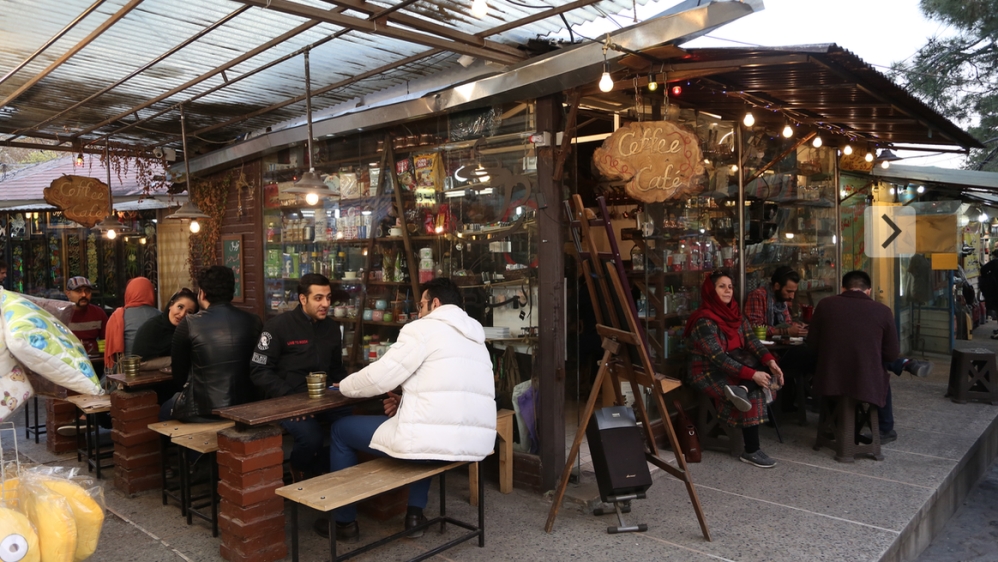 * * * For Bavand, Iran should "strike an equilibrium between its revolutionary values and national values", when approaching possible talks with the Trump administration.
He said national values should "not be sacrificed for the so-called revolutionary values" in achieving talks and a deal with the US.
"We ought to adopt a procedure, which would be able, in a proper manner, negotiate and solve our problems," he said.
"Negotiation should be on mutual basis, without any threat or imposition of ultimatum," he said pointing to the US government's demands before resuming talks with the US.
"So long as we are not able to solve our problem, on mutual basis with the US, we are going to face with difficult problem one after another."
SOURCE: Al Jazeera News