ISUZU D-MAX: Story of a Reliable pick-up with truck DNA

Welcome to a whole new era in pick-up trucks. The ISUZU D-MAX - toughness, redefined. Encompassing aggressive styling and levels of safety - plus ISUZU's legendary durability and fuel efficiency - the ISUZU D-MAX strives ahead of its competition. Whether it's hauling big loads, powering through the work week, cruising through the weekend or going where the others won't, this is one pickup you can depend on. Put it to the test. You won't be disappointed.

Features and specifications shown here may vary in appearance and/or availability according to region. Please inquire at your local ISUZU distributor or dealer for more complete details on available models and their specifications.

ISUZU continues to build a reputation for diesel engines since developing Japan's first air-cooled automotive diesel engine in 1936.
Constant technological improvements, innovations and indepth experience across the production of over 25 million diesel engines means ISUZU is an established global leader in developing capable and efficient engines for all kinds of application.
D-MAX Powertrain Genuine Performance

* * * In 2002, the D-Max was prepared for a world premiere in Thailand. This location was chosen because GM-Isuzu had recently decided to close their small truck assembly plant in Japan and move their joint operation to Thailand. The D-Max is available in various models. The Spark (single cab) (EX) is available only as a 4x2, with three configurations between cab chassis, long bed with power steering and without. SpaceCabs (extended cab), and Cab4s (double cab) can be divided into two major configurations: standard height 4x2s (SL, SX, SLX), and 4x4s (S and LS) with the "Rodeo" name instead of SpaceCab. Crew cabs are all sold with the same Cab4 name (Cab4 models became available late in last quarter). All are built and sold alongside the almost identical Chevrolet Colorado which had debuted in late first quarter of 2004.

* * * Engine choices for that year till end of third quarter of 2004 derived from its direct predecessor: 4JH1-T 3.0 and 4JA1-T 2.5.
Hi-Lander 3.0 (lifted 4x2), trim style became available in late 2003, and ground clearance equals that of the 4x4 models. There are only two cab styles to choose between. This makes Isuzu the third manufacturer in Thailand to begin selling lifted 4x2 pickups (after Toyota and Ford).

* * * The ISUZU D-MAX comes from a lineage of the world's toughest, most reliable trucks. Almost a century of truck-manufacturing DNA has gone into the ISUZU D-MAX to deliver a pick-up that truly redefines the category.
Interior Convenience

ISUZU's 'universal design' concept drives development and inclusion of features that are intuitive to use, easy to reach and greatly improves occupant and driver convenience. The distinctive wider door arches on the ISUZU D-MAX make for easy access to the cabin offering generous head and leg room as well as comfortably designed seats for every occupant. An abundance of thoughtfully placed storage and cup holders complete the interior giving it a striking sense of design and function. In addition, state of the art features like touch sensor passive entry, engine stop/start button, audio system with 8-speaker surround sound and Bluetooth® connectivity all feature controls that are effortless to reach and simple to use. The D-MAX offers all of the luxury appointments expected in modern vehicles.

* * * Hi-Lander 3.0 (lifted 4x2), trim style became available in late 2003, and ground clearance equals that of the 4x4 models. There are only two cab styles to choose between. This makes Isuzu the third manufacturer in Thailand to begin selling lifted 4x2 pickups (after Toyota and Ford).
In October 2004, Isuzu introduced the DDi iTEQ common-rail diesel engine family for the D-Max. The first engine to appear was the 3.0 4JJ1-TC 146 PS (107 kW; 144 hp), however since then, a design change in the front end of the car has forced engine alterations. Additionally, new MUA-5H five-speed manual transmission also introduced.

* * * During the first quarter of 2005, a 2.5 4JK1-TC 116 PS (85 kW; 114 hp), the second DDi iTEQ engine, was introduced and offered as economical choice to replace its aging predecessor (4JA1-T was concurrently available for that year only). A mid-cycle refresh brought many models fitted with a new front bumper that incorporated an "instant spoiler" underneath, 4x4 models and Hi-Lander's suspensions were raised up 25 millimeters extra.

* * * In 2007, Isuzu celebrated its 50th anniversary in Thailand with "Gold Series" models sold for the 2008 model year. The Hi-Lander Cab4 model with the VGS turbodiesel engine became available for the first time. The 4x4 models get a new front bumper design with chrome accents. Also added was the choice of a 2.5l 4-cylinder engine in LS 4x4 and Hi-Lander models.
During the middle of the first quarter of 2008, the Rodeo LS and Hi-Lander SpaceCab were also fitted with the 3.0-liter VVGS Turbodiesel engine to fill all the remaining gaps in lineup.

* * * Features and specifications may vary in appearance and/or availability according to region.
Every year since late 2005 until now, there are several special D-Max & MU-7 models. Available exclusively only for a period during Thailand's 2 largest auto shows and also other special Isuzu occasions. They were all unique yet never the same in each presentation. D-Max Smart models are such one remarkably special model set. Available in several occasions during 2008. This edition modifies SpaceCab 4x2 2.5 by special white pearl exterior color and optional equipment such as immobilizer key.

* * * Features and specifications may vary in appearance and/or availability according to region.
At ISUZU, safety is always the first thought. Careful attention to detail allows ISUZU to deliver higher levels of active safety features. Intelligent cabin design allows excellent road visibility while Anti-lock Brake System (ABS), Electronic Brake force Distribution (EBD), Brake Assist (BA) and projector headlamps actively work to keep drivers alert to potential hazards and in control.
When combined with its tough, high tensile steel cabin, energy absorbing front end, side impact anti-intrusion bars and dual front airbags with pre-tensioning seatbelts you can be assured that the D-MAX is made stronger and safer for you and your passengers.

Dual front, side and curtain airbags

* * * Ever since Platinum models introduced, D-Max Smart models expanded up to 3 choices: SpaceCab 4x2, Cab4 4x2 and Hi-Lander 2-Door. These 3 models also updated as new Super Platinum models.
In 2009, a sport version of the D-Max named the X-Series was introduced, aimed especially for a target group of young people normally not interested in using pickup trucks. It was marketed as a "Lifestyle Pickup" and equipped with additional skirts and prominent red Isuzu letters at front grille. The wheels remain unchanged from normal model but came with gunmetal paint finish. Available in two-door SpaceCab and four-door Cab4 body variants with manual transmission.

* * * Isuzu D-Max Model Line Up
The Isuzu D-Max is a pickup truck manufactured since 2002 by Isuzu Motors. It shares the same platform with several General Motors (GM) mid-size trucks in the United States such as the Chevrolet Colorado, GMC Canyon and Isuzu i-Series. The Chevrolet Colorado name is also applied to a rebadged version of the D-Max in the Middle East and Thailand, although not identical to the American version. The original D-Max is sold alongside the Chevrolet Colorado in the Thai market where they are both built. In Australasia between 2003 and 2008, the D-Max was marketed as the Holden Rodeo, but has since been relaunched as the Holden Colorado. The Isuzu D-Max itself was also introduced in Australia during 2008, selling alongside the Holden-badged offering.

* * * In 2010, D-Max and MU-7 Super Titanium models were introduced. It featured frontal camera, usually found in luxury cars, first time ever in Thai pickup, and are last model in this generation

* * * China and Iran
In China Great Wall and Foday produced the models. In Iran it was produced by Bahman and SAIPA.
In Australia and New Zealand, the D-Max was sold as the third generation Holden Rodeo (RA) between 2003 and 2008, before being facelifted into the form of the Holden Colorado. This was a result of the GM-Isuzu split resulting in GM losing the right to use the "Rodeo" name. As with Rodeo, Colorado is available as either two- or four-wheel drive and in a range of body styles including single cab, space cab and crew cab. Power is provided by a range of petrol and diesel engines. Of the petrol engines, Holden offers a 2.4-litre four-cylinder as well as the Australian-made 3.6-litre Alloytec engine. The diesel powerplant is a four-cylinder Isuzu 4JJ1 unit displacing 3.0 litres. The main difference between the Colorado and the Rodeo is the revised body work from the A-pillar forward. 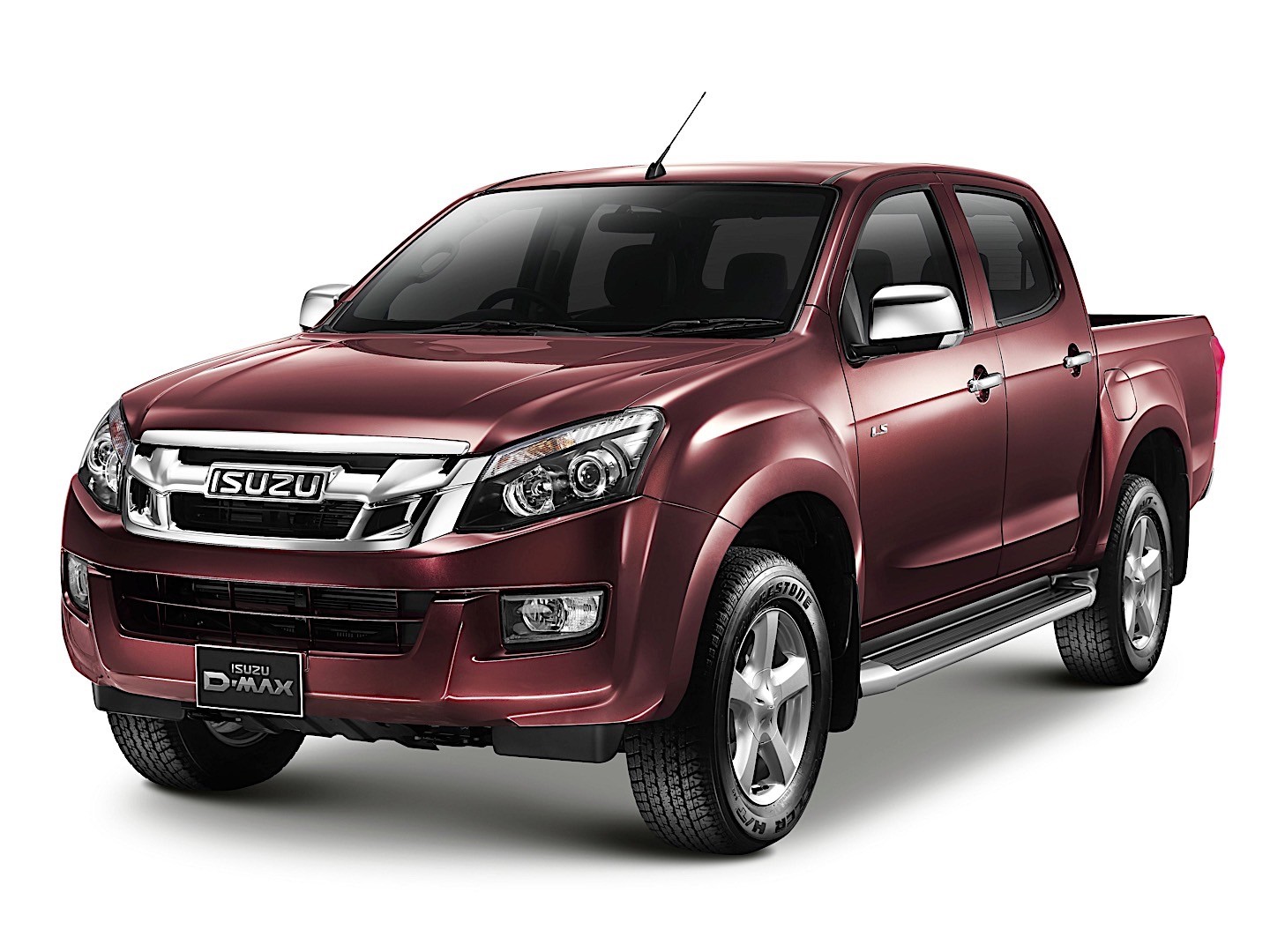 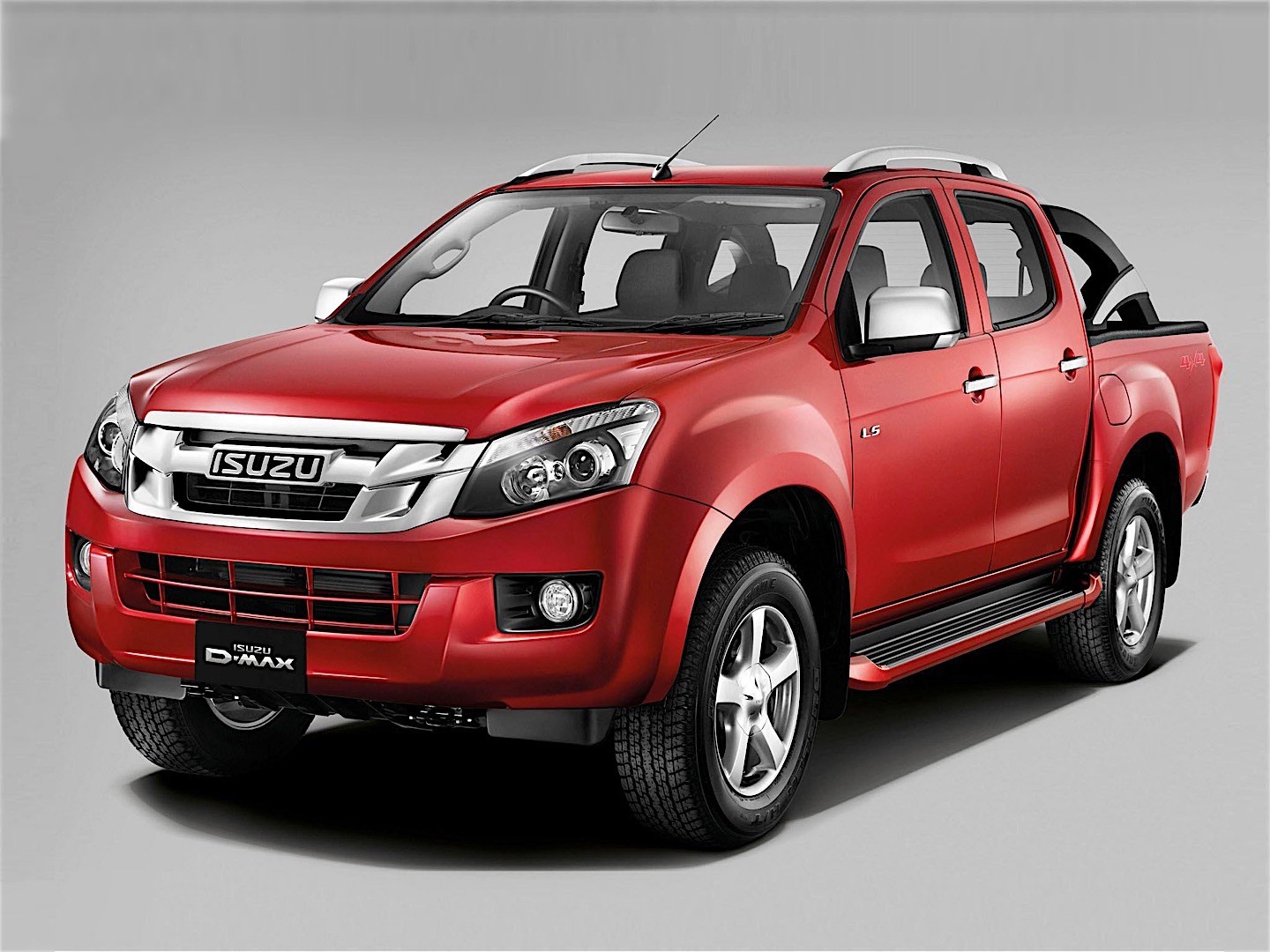 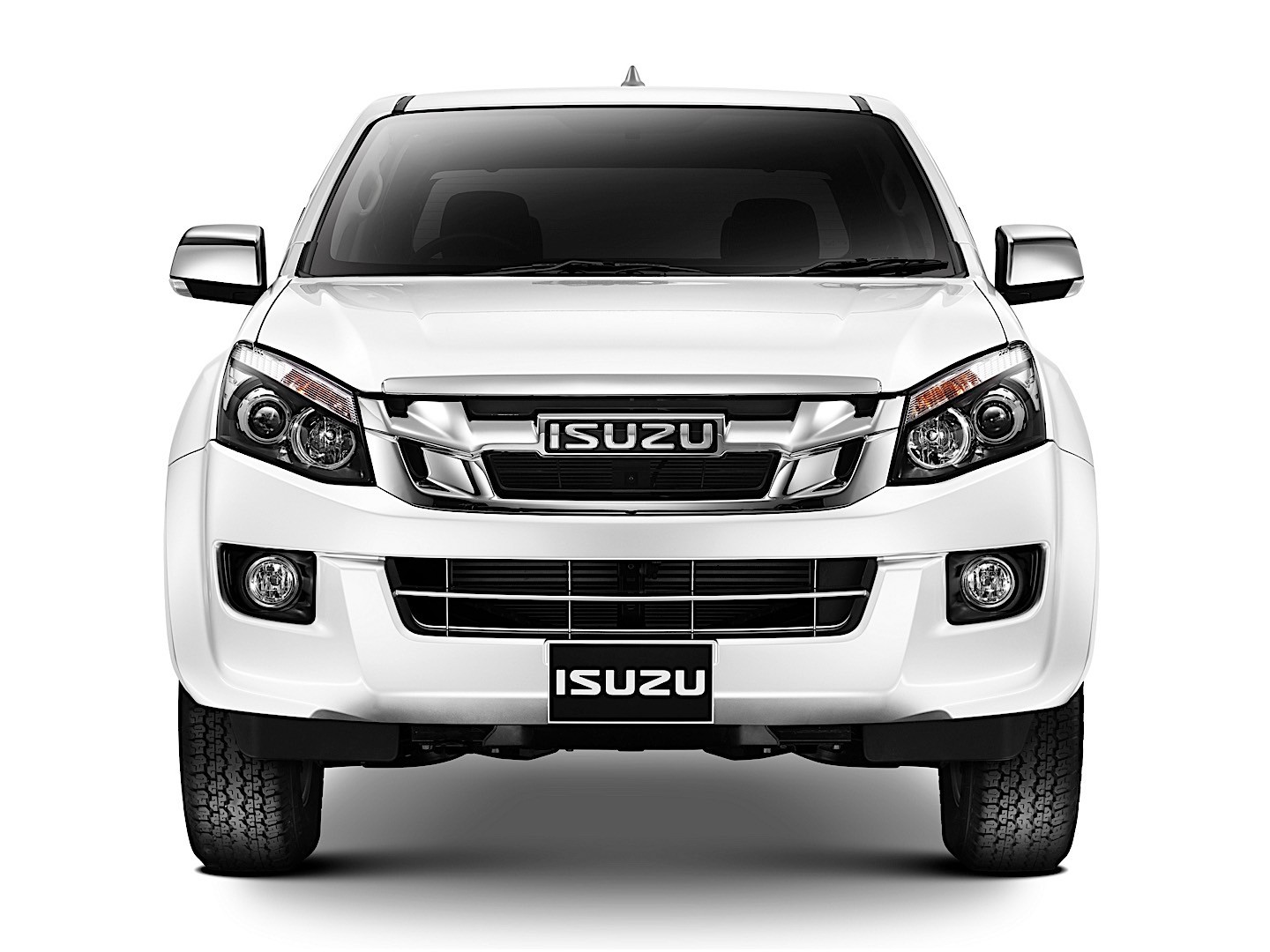 Models line-up are : B, S, L, Z and Z Prestige. In 2015, The facelifted model was introduced in Thailand, factory codename RT85. The front fascia was changed with larger grille and new engine "RZ4E-TC" 1.9L debuted and permanently replaced the 2.5L from the old model. Interior remained unchanged from the old model except for some changes including newer 8" inch infotainment system, newer TFT gauges, and cruise control.
In 2017, The D-Max was updated again in Thailand, with newer front grile and bumper with Bi-LED Projector Headlamp with LED Multifunction DRL, newer alloy wheels and some several changes in the interior for the 2018 Model Year.
In December 2012 D-Max in Thailand was launched Special model "X-Series" that look Sport Pickup available in three model SpaceCab Z model was called Speed model, Hi-Lander 2-door in Z model and Hi-Lander 4-door in Z-Prestige model. Exterior were decoration with strip line on body, the plate logo are in red color, piano-black front grille, skirt around body and black alloy wheel. Interior were change the color to black and red cloth and leather in Z-Prestige model and the Isuzu logo on steering wheel was changed to red color. Exterior color are only 2 type in black and white.
In June 2014 was launched new red exterior color in D-Max X-Series Speed model also called "Speed in Red" with Limited Edition only 300 units.
Market
Africa
In South Africa, D Max pick-ups are sold as the Isuzu KB. But as of 2018, the KB is now called D-Max.
Philippines
In the Philippines, the second generation was launched in September 2013. Isuzu's plans for production will be temporarily in Thailand, and by October, the new D-Max are produced at Binan plant. In October 2017, Isuzu Philippines has unveiled the 3.0 TD "Blue Power" diesel engine, along with MU-X.
Thailand
The second generation D-Max was launched in October 2011.
Malaysia
The second generation Isuzu D-Max was launched in Malaysia in May 2013. A facelift was launched in October 2016 and minor updates occurring in February 2018. Multiple limited editions have been launched for the second generation Isuzu D-Max in Malaysia. The limited editions are the "X-Series" from November 2013 limited to 300 units, the "Artic" from September 2014 limited to 510 units and the "Beast" from May 2016 limited to 360 units. 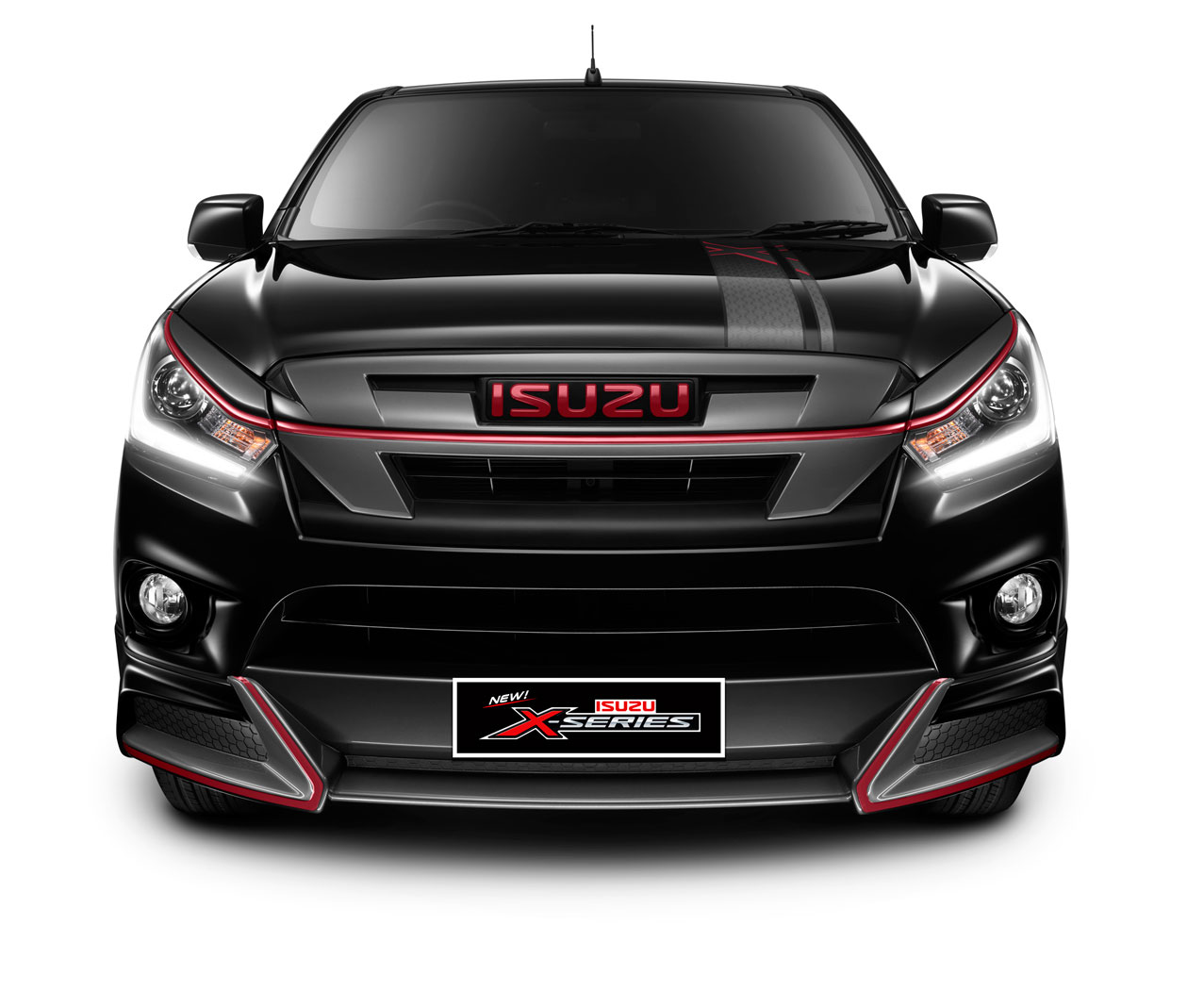