Gunmen kill three female health workers in eastern city of Jalalabad, government sources tell Reuters news agency.
Gunmen have killed three female polio vaccination health workers in the eastern Afghan city of Jalalabad, two government sources have told the Reuters news agency.
It was not immediately clear who carried out the two separate shootings, a provincial government official said on Tuesday. A central government source confirmed the shootings, Reuters said.
The killings came on the second day of a new five-day door-to-door anti-polio vaccination drive launched in Afghanistan and neighbouring Pakistan on Monday to vaccinate millions of children despite the risks posed by the coronavirus.
In Afghanistan, the campaign intends to inoculate about 9.6 million children in 32 out of the country’s 34 provinces, a health official said.
In the second anti-polio vaccination campaign this year, more than 55,000 workers would implement the vaccination for five days, according to the Afghan Health Ministry’s polio coordinator, Mir Jan Rasikh.
However, there remains a big stumbling block in the Afghan polio drive. The Taliban, like in previous years, would not allow the home-to-home campaign in areas under their control.
According to Taliban spokesman Zabiullah Mujahid, the group is still in talks with the World Health Organization or WHO to reach an agreement about the programme in which workers go from door to door to carry out the inoculations.
In areas under Taliban control, the process is delayed because of security reasons, according to Mujahid.
About three million children were deprived of the polio vaccine in the past three years, according to the Afghan health ministry.
So far this year, there have been about two dozen polio cases in the country, the ministry said.
In Pakistan, the five-day anti-polio vaccination campaign that started on Monday will target more than 40 million children under the age of five.
Approximately 285,000 front-line workers will span out across Pakistan’s 156 districts to administer the oral drops while following COVID-19 safety protocols.
“COVID-19 continues to challenge us but we are committed to ensuring continuity of the essential public health services during these difficult times,” the Special Assistant to the Prime Minister on Health, Dr Faisal Sultan, said in a statement.
Pakistan and Afghanistan are the only two remaining countries in the world where polio is endemic, after Nigeria was declared free of the wild poliovirus last year.
Pakistan came very close to eliminating polio, but recorded 147 cases, a five-year high in 2019, amid vaccine boycotts and attacks on health workers.
Pakistan started a polio programme in 1994 but the work of the health workers was repeatedly hampered by violent attacks.
The United Nations-funded drive to vaccinate children under the age of five faces opposition from religious conservatives, who believe the vaccine, administered in multiple rounds, is intended to make Muslim children sterile. 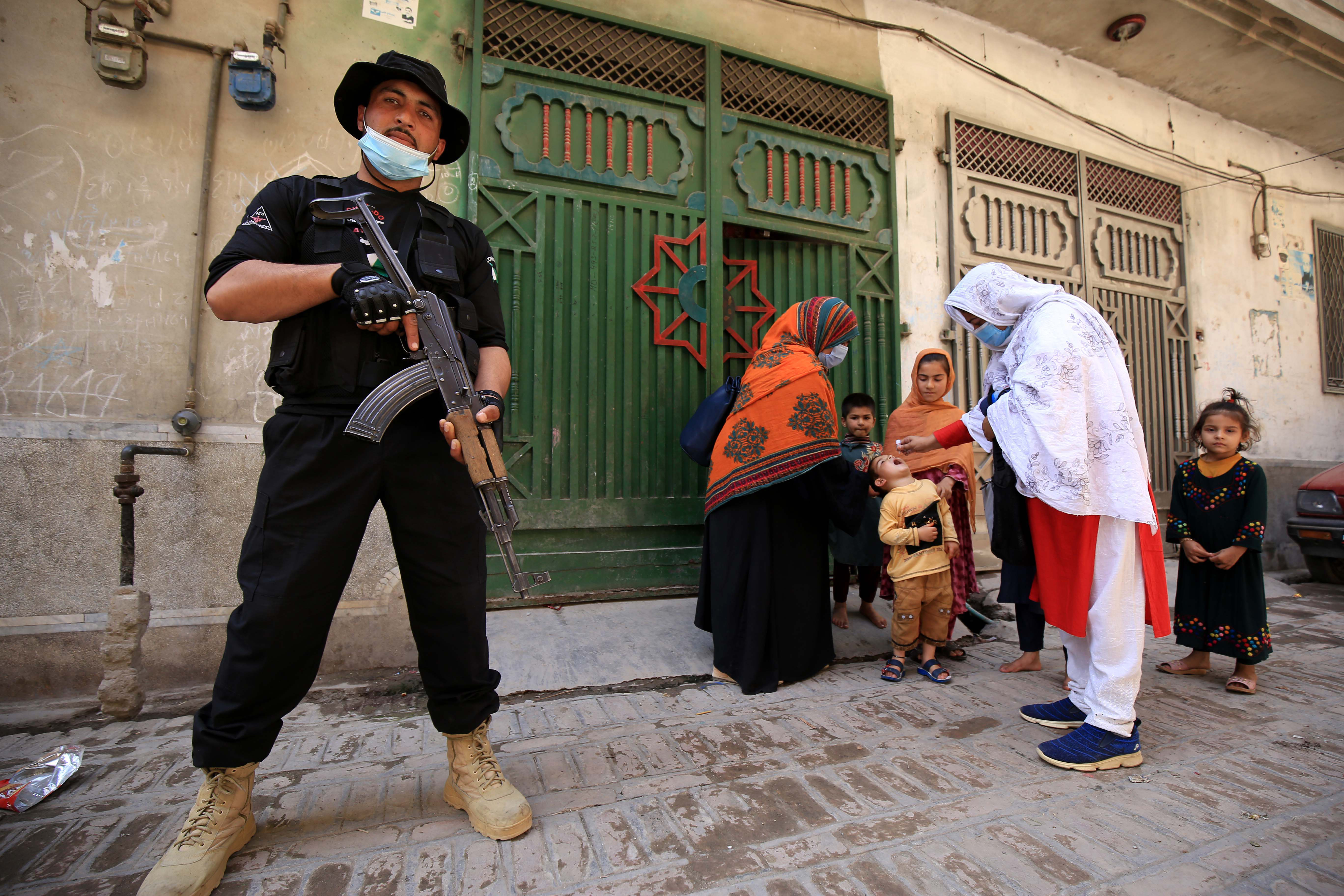 * * * Pakistani armed groups also regularly stage attacks on polio teams and police escorting them, claiming the anti-polio drive is part of a Western conspiracy to collect intelligence.
These attacks increased after it was revealed that a fake hepatitis vaccination campaign was used as a ruse by the CIA in the hunt for al-Qaeda leader Osama bin Laden, who was killed by US commandos in 2011 in Pakistan.
Pakistan’s second polio vaccination drive of the year comes as the country battles to bring down steadily rising daily infections of coronavirus, currently at more than 4,000 per day, amid a third wave of the pandemic.
On Monday, Pakistan put virus hotspots in more than two dozen cities with higher infection rates under lockdown and started the process of vaccinating people aged 50 and above.
But the vaccination campaign, which started last month, has so far received a lukewarm response. Pakistan has registered more than 659,000 coronavirus cases and 14,256 deaths.
Source: News Agencies
--- ---
...