* * * (CNN) A British-Iranian dual citizen has been accused of attempting to overthrow the Iranian government, according to a statement from that country's Islamic Revolutionary Guard Corps.
Nazanin Zaghari-Ratcliffe was arrested on April 3. She is being held in Kerman prison in southeast Iran.
The IRGC formally charged her with working for a UK media network involved in a propaganda campaign against the Iranian government, it said in a statement Wednesday.
"By being a member of foreign companies and institutions, she has been participating in their scheme and implementation of their media and cyber projects for their soft overthrow of the sacred system of Islamic Republic," the IRGC said in a statement.
"She headed one of the main obstinate networks that have continued their criminal activities during the past few years, under the guidance and support of media and foreign government spy services. " 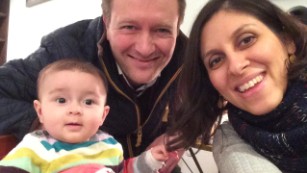 Nazanin Zaghari-Ratcliffe is pictured with her husband Richard and daughter Gabriella.

* * * Zaghari-Ratcliffe -- a project coordinator with the Thomson Reuters Foundation, a charitable arm of the international news outlet Thomson Reuters, which supports independent journalism -- has been unable to visit her daughter or access a lawyer since being taken to prison, her husband Richard Ratcliffe said.
The Thomson Reuters Foundation said Zaghari-Ratcliffe had worked with the organization for the last four years, adding that she had no professional dealings with Iran. Ratcliffe said his wife trains journalists in developing countries such as Morocco and Burma, though she's never worked in Iran for the Reuters foundation. 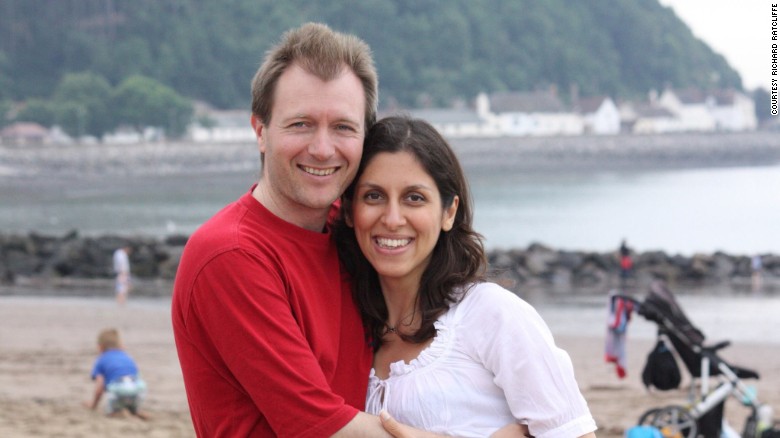 * * * "I've heard people speculate that the arrest may have something to do with her charity work," he said.
Ratcliffe has launched a petition calling on British Prime Minister David Cameron and Iran's Supreme Leader Ali Khamenei to help free his wife.
Arrested at the airport
Zaghari-Ratcliffe moved to Britain in 2007, and has visited her family in Iran four times since having baby Gabriella almost two years ago, Ratcliffe said.
His wife and the couple's 22-month-old daughter Gabriella had been on holiday visiting family in Iran and were due to fly home to Britain on April 3. But they never made the flight. 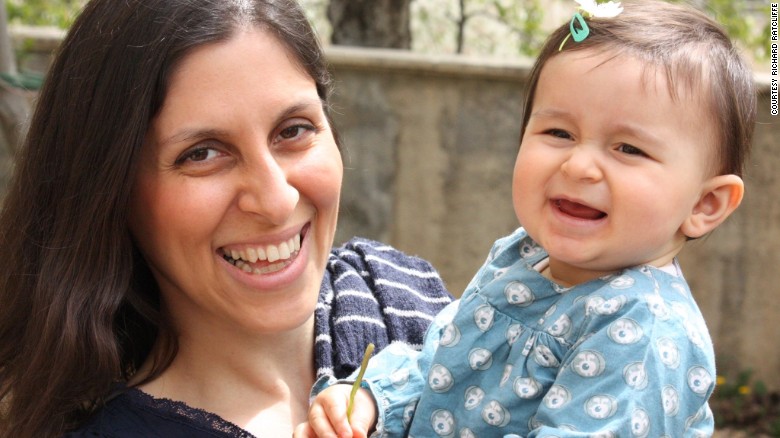 * * * The last time Ratcliffe spoke to his wife was over the phone on April 2. The couple had been looking forward to seeing each other after two weeks apart.
Zaghari-Ratcliffe was arrested at airport check-in in Tehran, according to her husband, who has spoken to her family in Iran. Ratcliffe fears his wife is in solitary confinement.
Their child, who has British citizenship only, had her passport confiscated by authorities, and remains with her grandparents in Tehran, said Ratcliffe.
The International Campaign for Human Rights in Iran said Iran does not recognize dual citizenship and that it "routinely harasses citizens and dual nationals with trumped up national security charges."
This means Zaghari-Ratcliffe is only recognized as Iranian, and as such is prevented from accessing British consular assistance.
The International Campaign for Human Rights in Iran told CNN that it was aware of several dual nationals imprisoned in Iran. These include Iranian-Americans Siamak Namazi, a businessman who has been held since October last year, and his 80-year-old father, Baquer Namazi, who was arrested in February.
--- ---
...