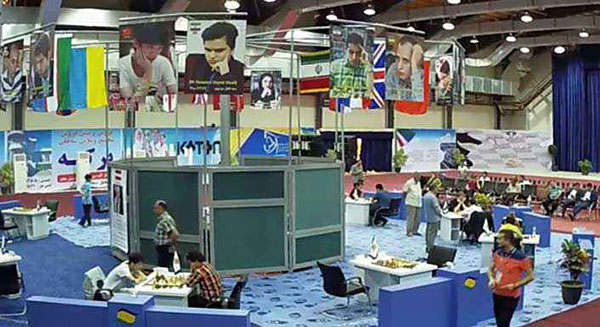 7/25/2016 – Iran has been especially active in chess of late, organizing events such as the FIDE Women Grand Prix in Tehran, to the International Khazar Cup. Nevertheless, one of its most interesting was the recent First Stars Cup pitting a team of international grandmasters such as Nigel Short, and more, against a team of Iran's best players. The top performer was 15-year-old Maghsoodloo.
By Shohreh Bayat
Photos by Sina Zare and Hossein Shahiri
Chess has a long history in Iran and most Iranians believe that chess probably originated in Iran. This helps explain its historical impact and popularity among the people of this country.
This year, the Iranian chess federation was very busy organizing different tournaments such as the FIDE Women Grand Prix, the 14th International Khazar Cup with 758 participants, and the Asian Schools Chess Championships with almost 500 chess players from 17 countries. However, the most interesting tournament was the “1st Stars Cup” which takes place in the Anzali Free Zone, from July 9-21 and was opened by Kirsan Ilyumzhinov and former World Champion Anatoly Karpov.
The event was organized as 10-round Scheveningen match between two teams of 10 players each: one of players from around the globe, and the other with Iranian players.
At the end of tournament, the World Stars team defeated Iran Stars team with the overall result of 64.5 -35.5.
The playing hall 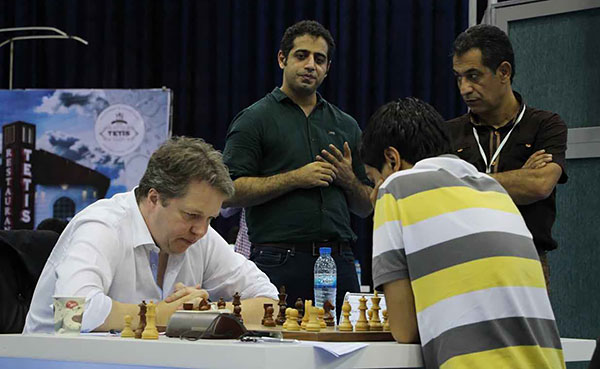 English grandmaster Nigel Short here in deep thought played very well and was the top scoring player with 8.5/10 and an excellent performance of 2790 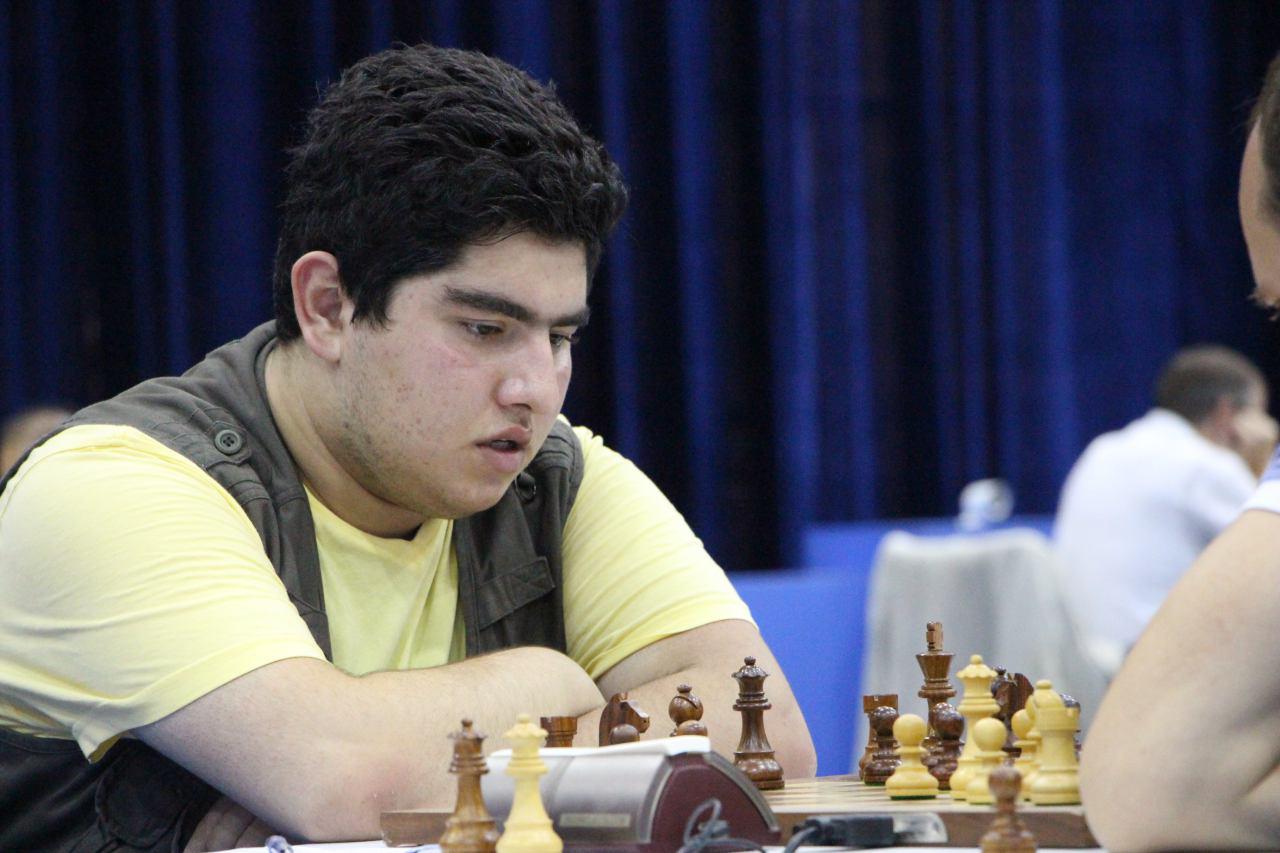 15-year-old Parham Mahhsoodloo(2501) was Iran’s most successful player, finishing the event with 8.0/10

* * * and an incredible performance of 2862. This earned him his third grandmaster norm and thus the title. 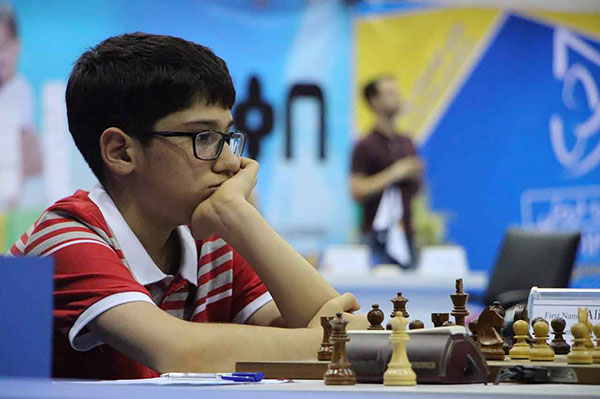 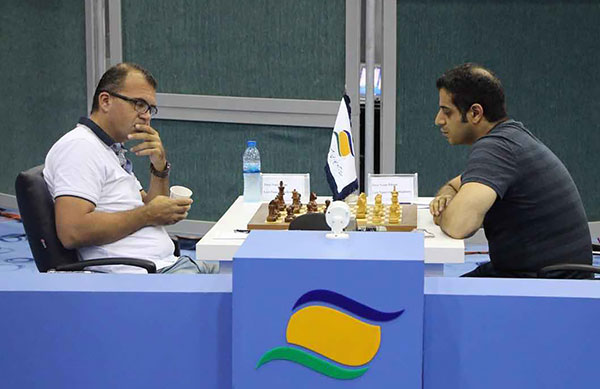 On the left is GM Ivan Sokolov (Netherland) against GM Ehsan Ghaemmaghami (Iran); the game ended in a draw.

* * * It seems that after this event, Sokolov agreed to a part-time deal to coach the Iranian national chess team. 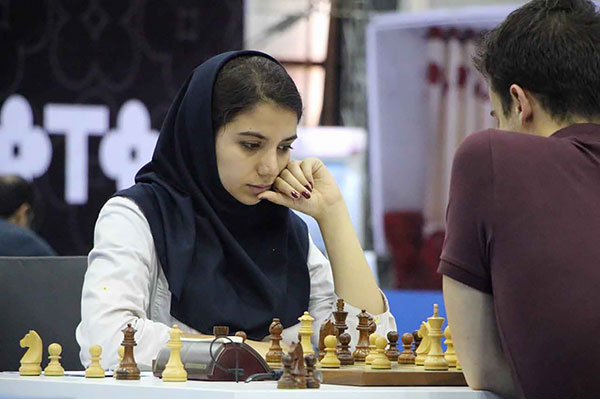 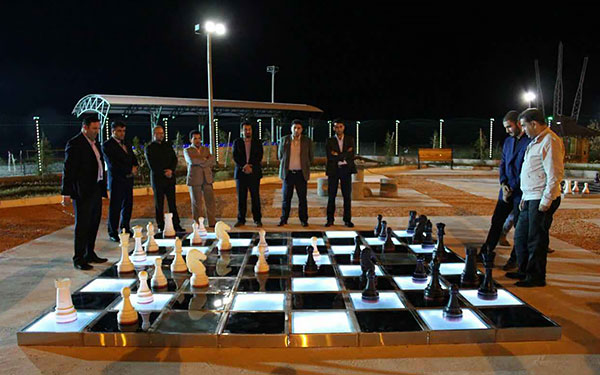 Exhibition game : Mr. Masroor, the sponsor of the event (white), against the president of the 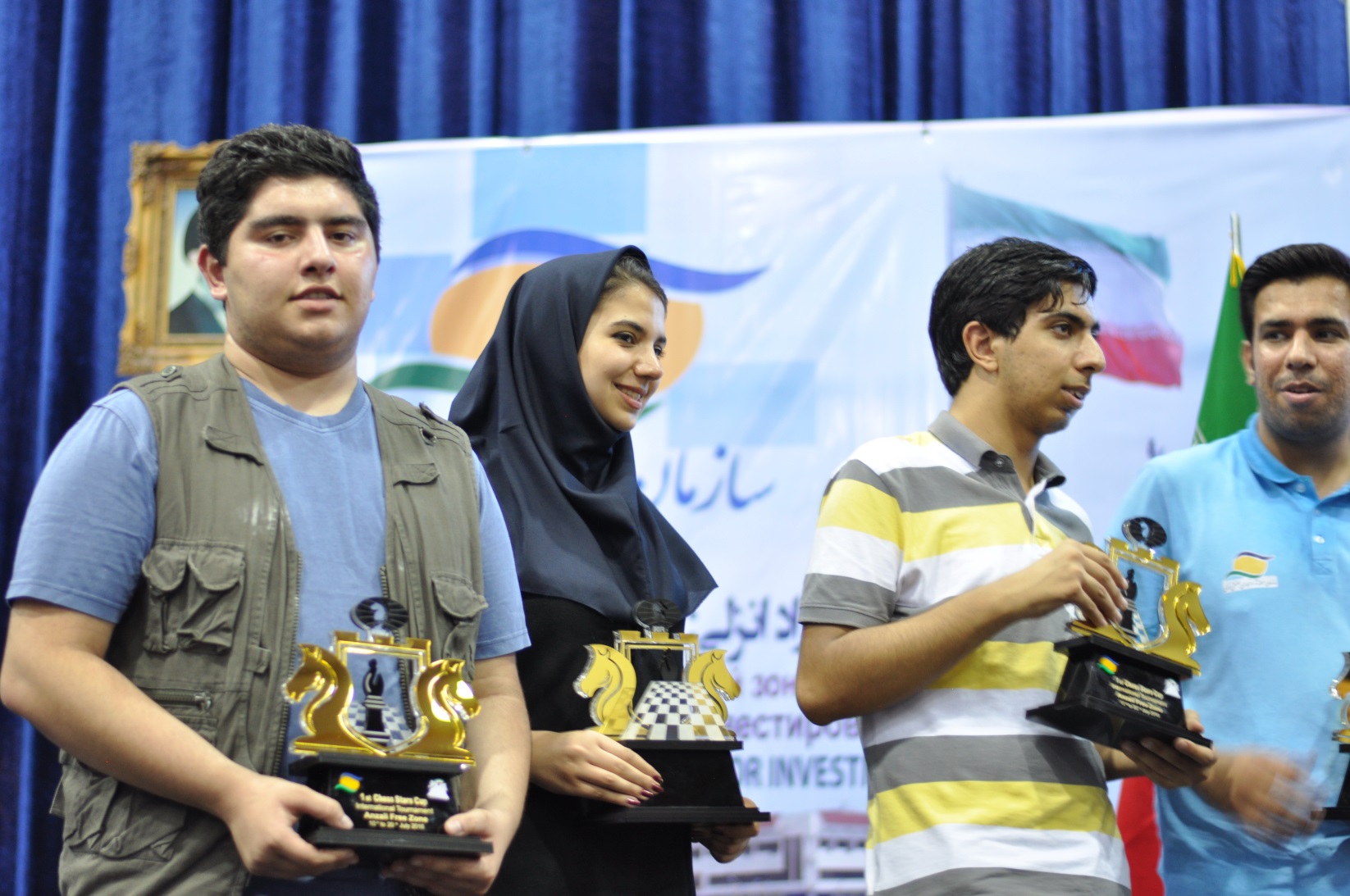