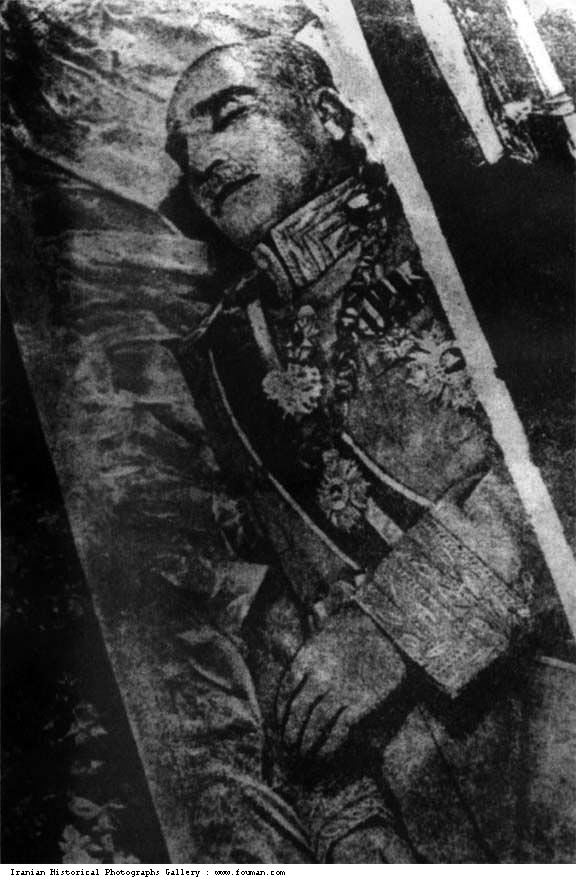 By Jon Gambrell / AP April 24, 2018
(DUBAI, United Arab Emirates) — A mummified body discovered near the site of a former royal mausoleum in Iran may be the remains of Reza Shah Pahlavi, the founder of the Pahlavi dynasty and the father of the country’s last shah.
The recent find of the gauze-wrapped body — and the speculation it triggered — puts new hurdles in the way of the Islamic Republic’s efforts to fully erase the country’s dynastic past, which includes the jack-hammered destruction of the autocrat’s tomb immediately after the 1979 revolution.
Yet, as disaffection and economic problems grow ahead of the Islamic Revolution’s 40th anniversary, mystique around Iran’s age of monarchies persists even with its own history of abuses.
اخبار مربوط به پیدا شدن پیکر مومیایی‌شده رضاشاه در شاه‌عبدالعظیم را از نزدیک دنبال می‌کنم. فعلا در حال بررسی موضوع هستیم و در انتظار مشخص شدن واقعیت امر در روزهای آینده می‌مانیم. در عین حال به مقامات مسوول ، نسبت به هرگونه پنهان‌کاری و عدم شفافیت در این خصوص هشدار می‌دهم. pic.twitter.com/XWT1hUtdRn
— Reza Pahlavi (@PahlaviReza) April 23, 2018
Reza Shah’s grandson, the U.S.-based exiled Crown Prince Reza Pahlavi, already tweeted about it as forensic experts in Iran try to determine whose body they found.
Construction workers discovered the mummified remains while working at the Shiite shrine of Abdul Azim, whose minarets once rose behind Reza Shah’s own mausoleum. A digger pulling away dirt and debris uncovered the body, according to the semi-official ISNA news agency.
Pictures of the body, as well as construction workers posing with it, quickly ricocheted across social media in Iran.
A spokesman for the shrine dismissed the idea of a mummy being found there. However, Hassan Khalilabadi, the head of Tehran City Council’s cultural heritage and tourism committee, was quoted by the state-run IRNA news agency on Monday that it’s “possible” the mummy is the body of Reza Shah.
Authorities say they’ll need to conduct DNA tests to confirm whose body it is.
State television has yet to report on the find, likely due to complications that mentioning the Pahlavis can entail.
State media typically refer to the Persian dynasties, including the Pahlavis, as “despotic,” focusing on the abuses of the monarchy’s feared SAVAK intelligence agency and their once-lavish lifestyles.
Reza Shah’s own rise gave birth to modern Iran itself, then still called Persia until he ordered foreign diplomats to cease using the name. He came to power in 1925, ruling as an absolute autocrat who used taxes and the country’s burgeoning oil revenues to rapidly modernize the nation.
His decisions echo today, particularly his 1936 decree banning women from wearing long, flowing black robes known as chadors. He ordered men to wear Western clothes and bring their wives to public functions with their hair uncovered, borrowing from the secularization of Turkey’s first President Mustafa Kemal Ataturk, a contemporary.
The ban became a source of humiliation for some pious Muslim women in the country. Shiite clerics, angry over his secular beliefs, purges and mass arrests of opponents, held grudges that would foment the coming revolution. Controversies over the chador and hijab persist in Iran today.
Iran’s strong trade ties with Germany, Reza Shah’s push for neutrality amid the coming of World War II and Western fears over its oil supplies falling to the Nazis ultimately sparked a Russian-British invasion of the country in 1941. Reza Shah abdicated in favor of his son, Mohammad Reza Pahlavi, at the insistence of the occupying British forces.
Reza Shah ended up in South Africa, dying there in 1944. His body was taken to Cairo, mummified and held for years before returning to Iran. A grand mausoleum near Tehran held his body for years, which then-President Richard Nixon visited in 1972.
After 1979, however, Islamists viewed the mausoleum as an affront.
Iranian cleric Ayatollah Sadegh Khalkhali, who ordered the executions of hundreds after the revolution, led a mob of supporters who used sledgehammers, jack hammers and other tools to demolish the mausoleum.
Khalkhali later would write in his memoirs that he believed the shah’s family took Reza Shah’s body when they fled the country. The shah’s family, however, maintained the body remained in Iran. His son Mohammad Reza Pahlavi was buried in Cairo after dying of cancer in 1980.
Today, Iran’s youth remain fascinated by the time before the revolution. Television period pieces have focused on the Pahlavi dynasty, including the recent state TV series “The Enigma of the Shah,” the most expensive series ever produced to air in the country. While incorporating romances or mobsters into the tales, all shows uniformly criticize the royal court.
Reza Shah’s grandson, Reza Pahlavi, has seen his profile rise following the election of President Donald Trump, who appears to hold the future of the Iran nuclear deal in the balance. From exile, the crown prince has agitated for an end to Iran’s theocracy — though gauging national sentiment about restoring the monarchy remains impossible.
Pahlavi took to Twitter on Monday night to tell Iranian officials he is watching what they will do next with the body.
“I warn the responsible authorities not to hide anything,” he wrote.