By Leah Sinclair
Charlie Hebdo has come under fire for a cover which shows the Queen kneeling on Meghan’s neck in a sick parody of George Floyd’s death.
The French satirical magazine published the caricature on its front page with the headline: "Why Meghan left Buckingham....".
A speech bubble from Meghan reads: “Because I couldn’t breathe anymore.”
George Floyd, who was unarmed, died after Minneapolis police officer Derek Chauvin knelt on his neck for nine minutes.
In shocking video footage of the incident Mr Floyd said “I can’t breathe” before he died.
His words have become the rallying cry of the Black Lives Matter movement after the alleged murder sparked worldwide protests.
Charlie Hebdo’s cover was widely shared on Twitter on Saturday with many saying it was "utterly appalling".
Dr Halima Begum, the CEO of anti-racism think tank the Runnymede Trust, tweeted the image calling it “wrong on every level”.
She said: "#CharlieHebdo, this is wrong on every level. The Queen as #GeorgeFloyd ‘s murderer crushing Meghan’s neck? #Meghan saying she’s unable to breathe? This doesnt push boundaries, make anyone laugh or challenge #racism. It demeans the issues & causes offence, across the board." 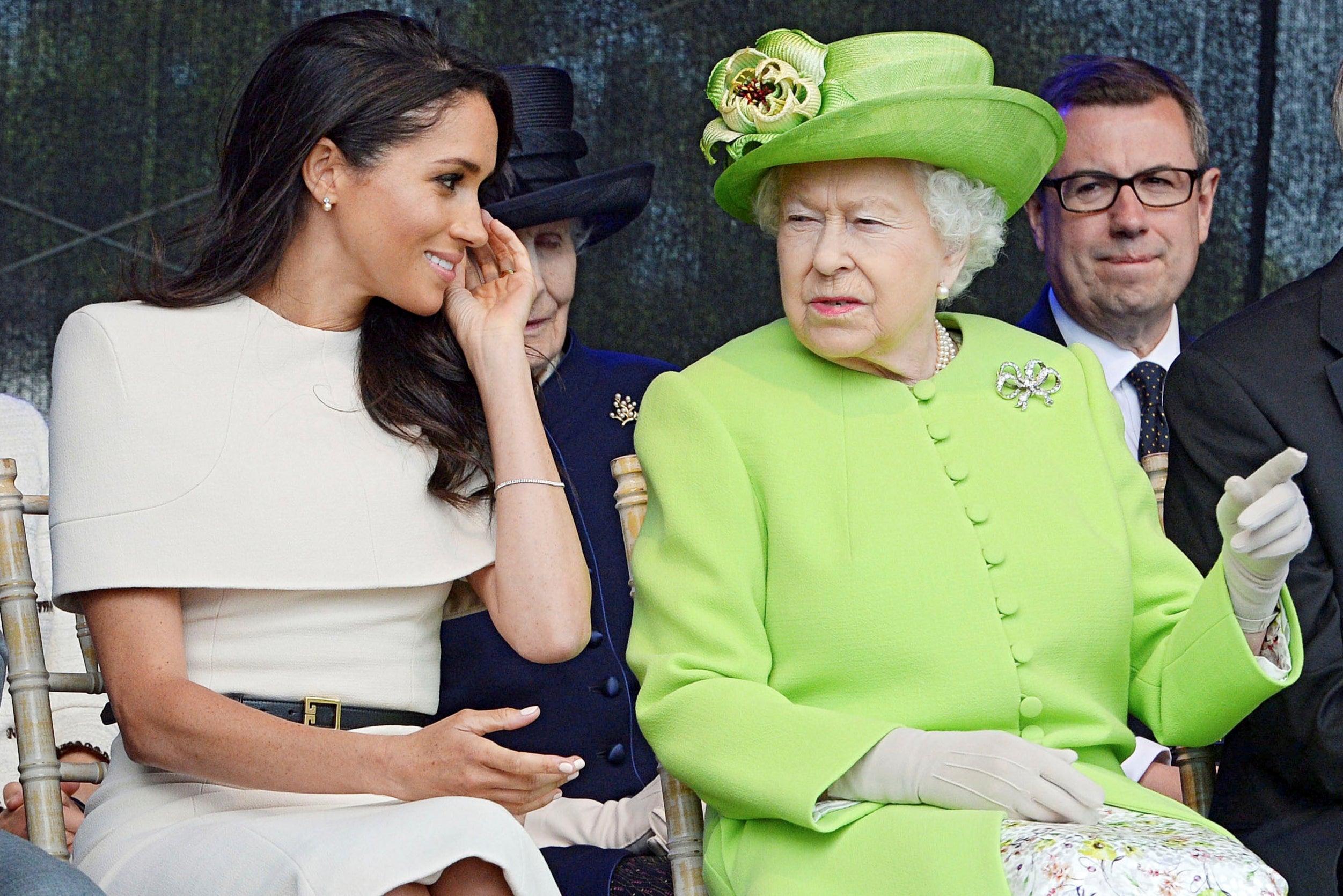 Black and Asian Lawyers For Justice tweeted that the cover was “outrageous, disgusting, fascistic racism” adding that the magazine was “pimping George Floyd’s trauma for profit”.
Another person tweeted: “Words cannot describe just how disgusting I found that Charlie Hebdo cover.
“Punching down and constantly drawing racist caricatures it’s not satire.”
It comes after Meghan Markle claimed an unnamed member of the royal family made remarks about her son Archie’s skin colour before he was born, in an interview with Oprah Winfrey.
On Tuesday, Buckingham Palace issued a statement saying that the allegation of racism, was "concerning", and said the matter would be dealt with privately.
Prince William later denied his family were racist when he was asked during a visit to a school in east London earlier this week.
On Friday, the city of Minneapolis reached a $27 million (£19 million) settlement with George Floyd’s family.
Jury selection for Mr Chauvin’s murder trial, scheduled to start on March 29, is currently under way.
This isn’t the first time Charlie Hebdo has been criticised for its cartoons.
The magazine has taken aim at dozens of political and religious public figures, most famously its depiction of the Prophet Mohammed.
It was described by some as ‘blasphemy’ and blamed for the 2015 terror attack at the magazine’s Paris headquarters, which claimed the lives of 12 people.
--- ---...