Most miserable countries in the world 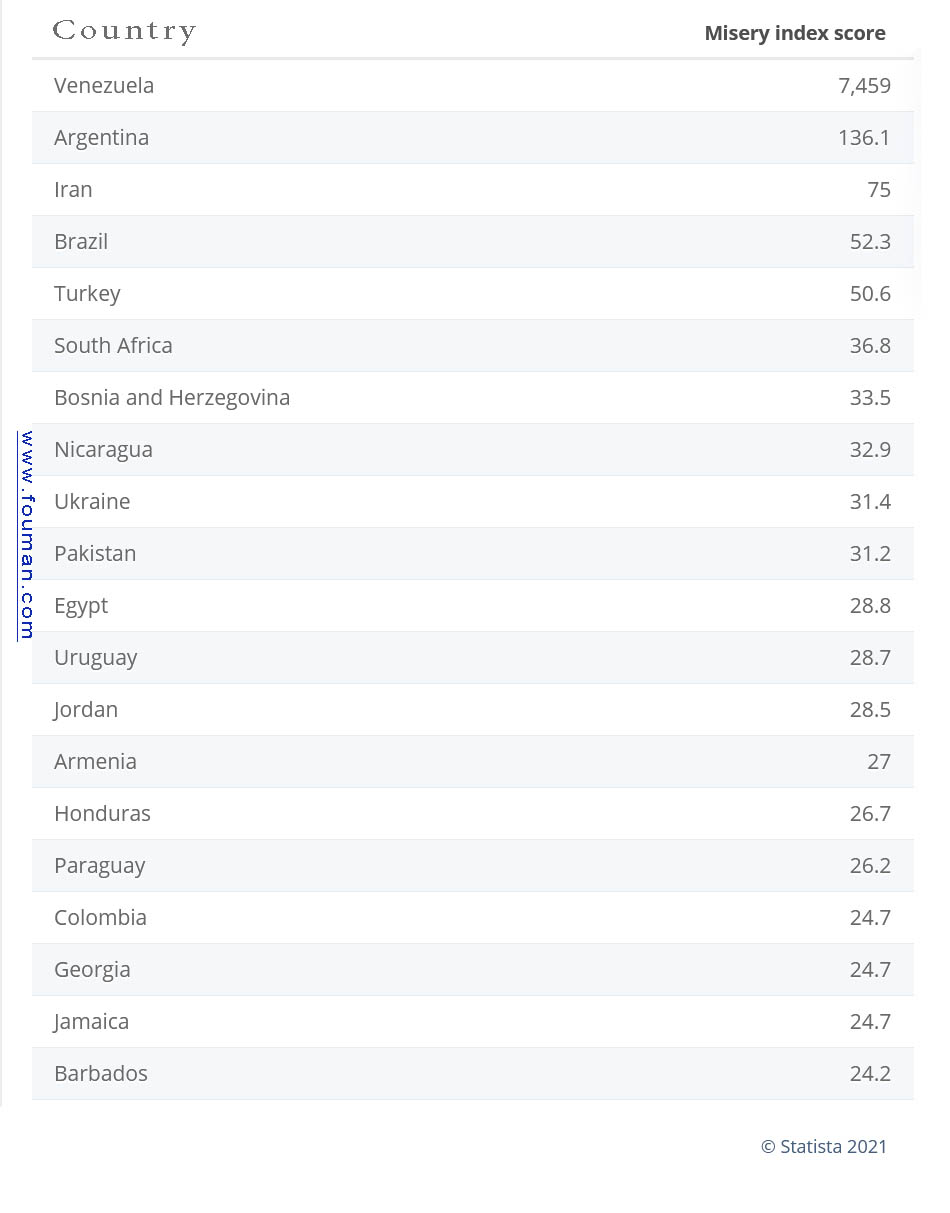 Published by M. Szmigiera, Apr 7, 2021
This statistic shows the most miserable countries in the world as rated according to the Misery Index for 2019. In 2019, the most miserable country in the world was Venezuela with a misery index score of 7,459. For comparison, the second-highest score in 2019 was Argentina, with 136.1.
Quality of life around the world
The economic indicator, misery index was created by Arthur Okun. The misery index is calculated by adding the unemployment rate to the inflation rate.
Another famous tool used for the comparison of countries around the world is the Human Development Index, which ranks countries around the world by level of human development. Indicators for the level of human development include life expectancy at birth, literacy rate, education level and gross national income (GNI) per capita.
Economic circumstances also affect life expectancy. Life expectancy in the wealthiest countries is longer than in the poorest areas. With a life expectancy of 85 years, Hong Kong leads the ranking of the 20 countries with the highest life expectancy as of 2017. The country with the lowest life expectancy is the Central African Republic, where a male born in 2019 is expected to live 50 years.
To assess the comparative survey on quality of life, the Economist newspaper conducts an annual ranking of quality of life in cities around the world . In 2019, Vienna was ranked as the city with the highest quality of life worldwide. The criteria to assess the quality of life for each city includes political, social, economic and environmental aspects, such as personal safety and health, education and transport services and other public services. In that year, the Venezuelan capital Caracas was ranked as the world's least livable city.
---
Top 20 Misery List
1 Venezuela
2 Argentina
3 Iran
4 Brazil
5 Turkey
6 South Africa
7 Bosnia and Herzegovina
8 Nicaragua
9 Ukraine
10 Pakistan
11 Egypt
12 Uruguay
13 Jordan
14 Armenia
15 Honduras
16 Paraguay
17 Colombia
18 Georgia
19 Jamaica
20 Barbados
---...