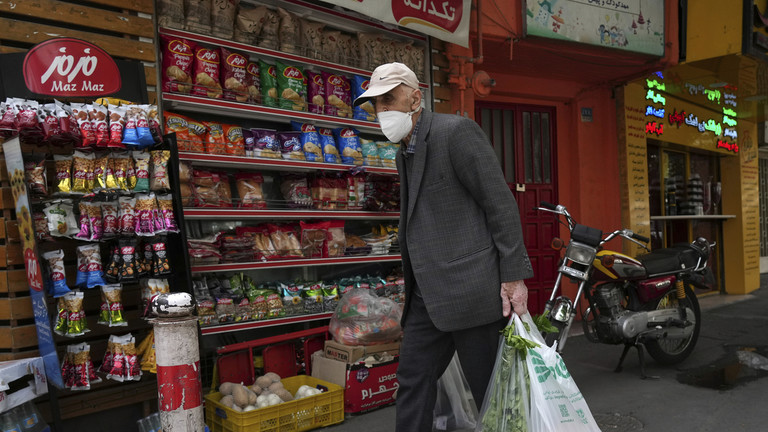 Unrest sweeps Iran over the government’s decision to slash food subsidies, causing a spike in costs
Protests sweeping Iran over surging food prices have left five people dead, according to media reports. Officials in Tehran have provided no confirmation of potential casualties.
The unrest follows the government’s decision to cut food import subsidies, as part of an austerity package unveiled by President Ebrahim Raisi earlier this week. The measures are aimed at rescuing an economy battered by sanctions, and also soaring inflation, which has been aggravated by the Ukraine conflict.
The scrapping of subsidies has resulted in dramatic – up to 300% – increases in prices of everyday goods, such as cooking oil, chicken, eggs and milk.
Iran’s government has pledged to protect low-income citizens from the inflationary shock with monthly cash hand-outs, but the situation has left consumers struggling to buy basic items, with long lines appearing in front of food stores across the country.
Anti-government rallies have swept through Iranian cities including Dorud, Farsan, Jooneghan, Borujerd, Cholicheh, Dehdasht and Ardebil. Some gatherings descended into chaos, with stores set on fire.
On Sunday, the Saudi-funded Iran International TV station, citing unconfirmed social media posts, said that since Friday five people have been killed during the protests, with an unverified video on Twitter apparently showing the moment one of them was shot.
The first fatality was reported on Friday. Omid Soltan, 21, was reportedly shot dead by security forces in the western city of Andimeshk.
Dozens of people have been arrested, according to the official IRNA news agency, which provided no information on casualties.
Iran’s official inflation rate stands at around 40% with almost half the country’s 82 million-strong population now living below the poverty line.
Since the launch of the Russian military attack on Ukraine in the end of February, food prices have skyrocketed around the world, prompting fears of a global food crisis.
Russia and Ukraine are two of the world’s largest agricultural exporters. According to the United Nations Conference on Trade and Development (UNCTAD), the two countries represented 53% of worldwide trade in sunflower oil and seeds and 27% of global wheat before the conflict started.
UNCTAD earlier warned that all countries would be impacted by the crisis. Increases in food and fuel prices “will affect the most vulnerable in developing countries, putting pressure on the poorest households which spend the highest share of their income on food, resulting in hardship and hunger,” the organization said.
--- ---
... rt.com 24/11/2013 Politics
The P5+1 world powers and Iran have struck a historic deal on Tehran’s nuclear program at talks in Geneva on Sunday. Ministers overcame the last remai...View Details»