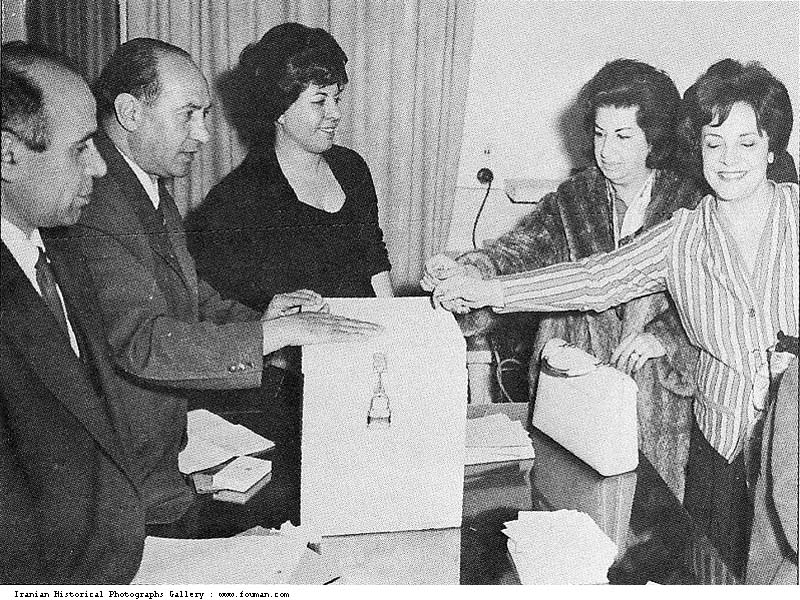 Iranians participated in a referendum to approve social and economic changes that was called the White Revolution. This was the first time that Iranian women were exercising their right to vote. These changes included land reforms, labor benefits, acknowledging women rights to vote, etc. These reforms were initiated by advices from the U.S. The administration in Washington was trying to establish a model in Iran to counter Soviets Union's influence in the Middle East. John F. Kennedy sent his congratulations for the reforms.
Socially, the platform granted women more rights and poured money into education, especially in the rural areas. The Sepah Danesh (Literacy Corps) was also established, which allowed young men to fulfill their compulsory military service by working as village literacy teachers.
The White Revolution consisted of 19 elements that were introduced over a period of 15 years, with the first 6 introduced in 1963 and put to a national referendum on January 26, 1963. Official ceremonies celebrating the event took place every year.
What Mohammad Reza Shah did not expect was that the White Revolution led to new social tensions that helped create many of the problems the Shah had been trying to avoid. The Shah's reforms more than quadrupled the combined size of the two classes that had posed the most challenges to his monarchy in the past—the intelligentsia and the urban working class. Their resentment towards the Shah also grew since they were now stripped of organizations that had represented them in the past, such as political parties, professional associations, trade unions, and independent newspapers. Land reform, instead of allying the peasants with the government, produced large numbers of independent farmers and landless laborers who became loose political cannons, with no feeling of loyalty to the Shah. Many of the masses felt resentment towards the increasingly corrupt government; their loyalty to the clergy, who were seen as more concerned with the fate of the populace, remained consistent or increased.... 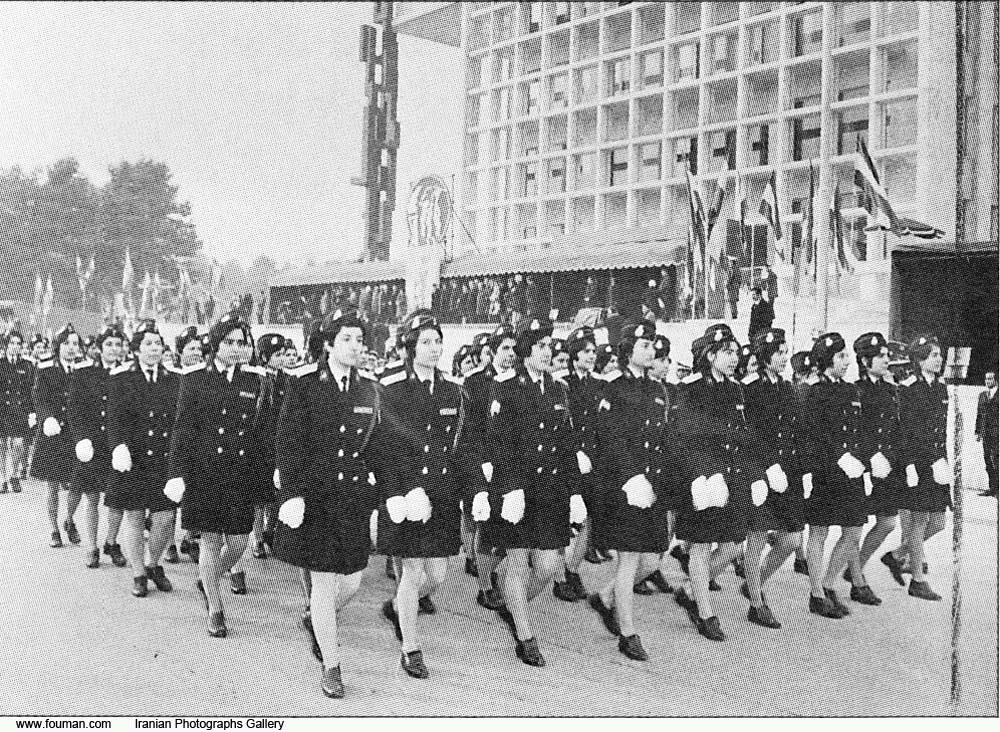 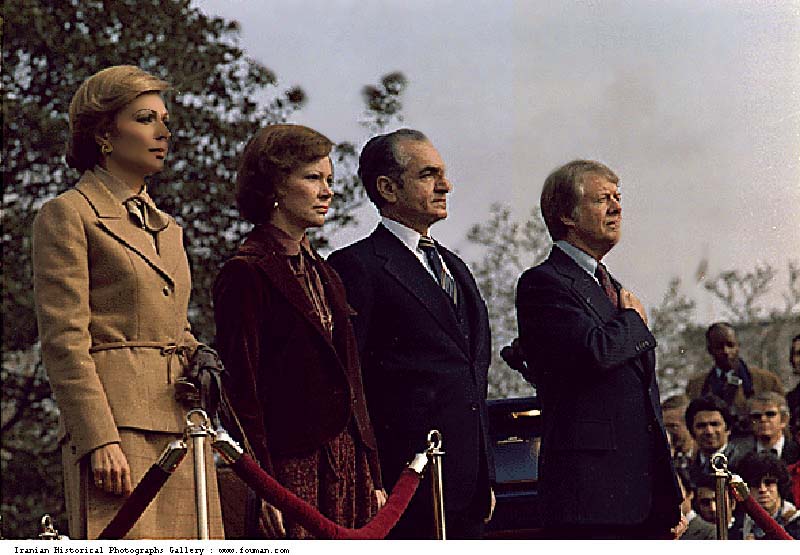 1host2u.com 16/11/1977 History
Mohammad Reza Shah met with the U.S. President Jimmy Carter at the white house. The Israel issue was at the top of Carter's agenda. Shah was asked to ...View Details» 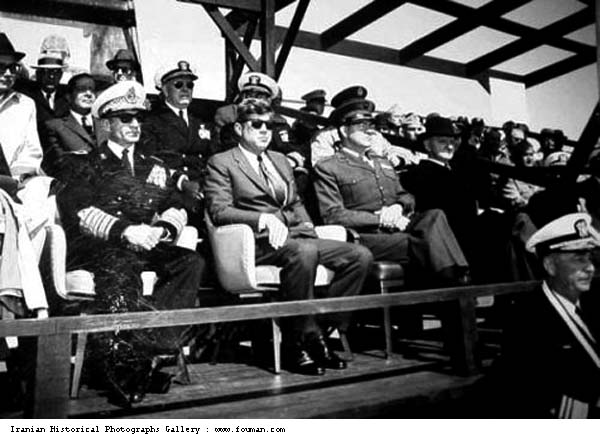 1host2u.com 25/08/1962 History
Lindel Johnson who was the U.S. secretary of states arrives in Tehran to meet Mohammad Reza Shah and other Iranian authorities. Johnson was delivering...View Details» 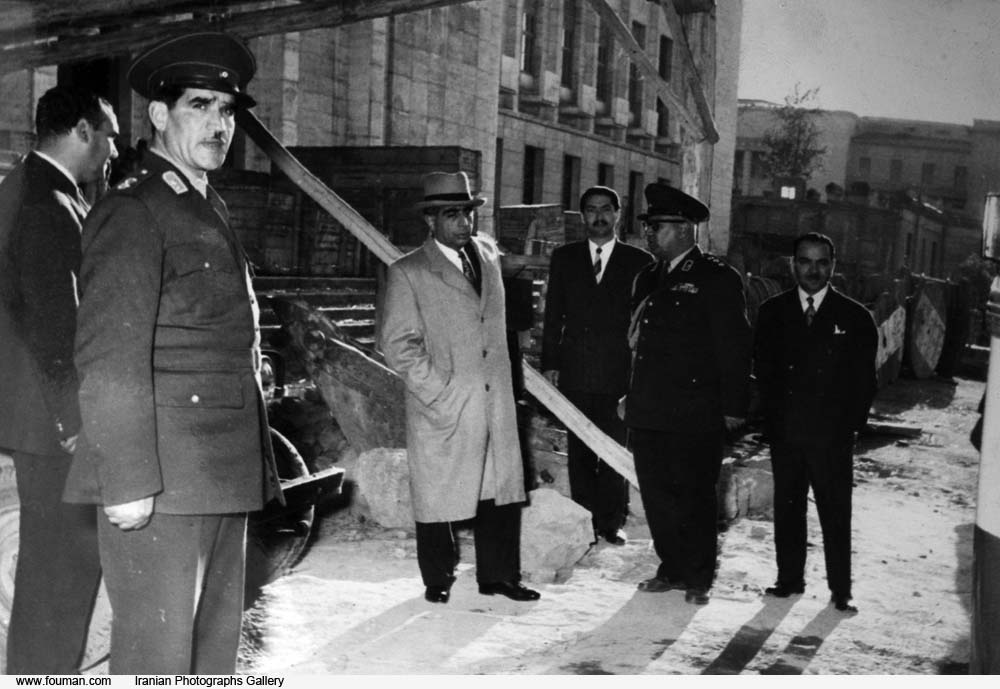 1host2u.ir 01/01/2012 Media
Iranian Girl soldiers in their Sepah Danesh Uniforms march in front of the Senate building in Tehran, part of the propaganda campaign for the White Re...View Details»