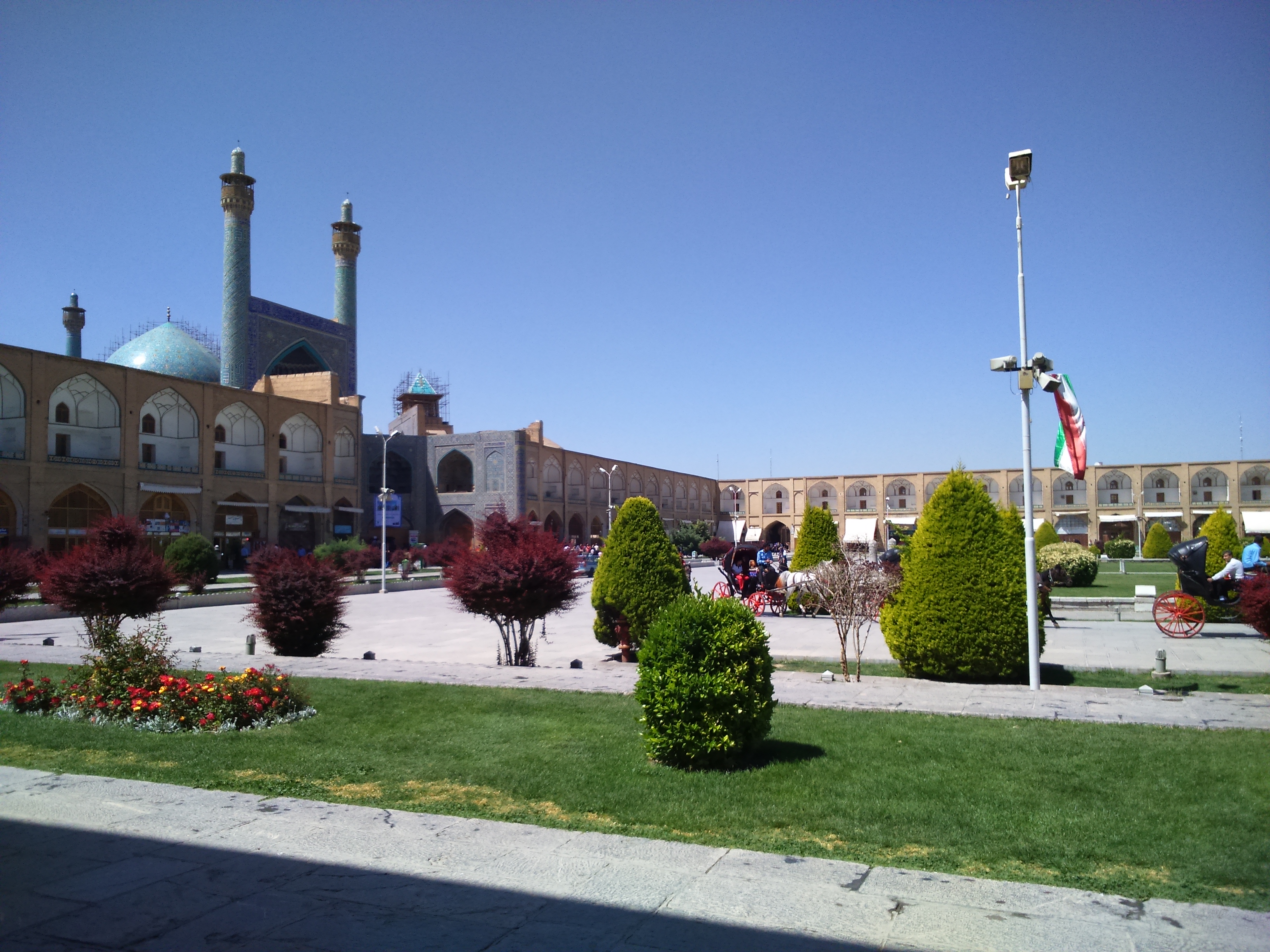 By Lizzie Porter1: 01 Apr 2014
Tour operators have seen a significant rise in bookings for holidays to Iran, as improved relations with the West and an expectation that Foreign Office travel advice will be relaxed boost tourist interest.
Wild Frontiers, an adventure operator, has nine group tours scheduled for 2014, five of which are sold out to their maximum capacity of 12, and contrasts with two group tours in 2013, neither of which ran full. The company has seen tailor-made bookings rise from four last year to 26 so far in 2014, with many more in the pipeline.
Tailor-madeadventures.com, which creates itineraries for Iran, has seen an 80 per cent increase in enquiries since the beginning of the year and said that the vast majority of interested customers have gone on to book. The company sent 24 customers to the country in 2013, and so far has had bookings for 50 people this year.
Jim O’Brien, the company's head of development, said: "Thirty-five years ago, Iran dropped off the tourist map, becoming the preserve of a few hardcore independent travellers and those in organised groups. Since the election of Hassan Rouhani as president last August, however, and a thawing in political relations with the west, it seems that Iran is returning to travellers' bucket lists with a bang."
Numerous tour operators have compared Iran’s future to that of Burma, which has been a top-selling destination since the election of Aung San Suu Kyi in 2012 and the subsequent change in stance on tourism in the country.
Although his company has been running trips to Iran for 10 years, Jonny Bealby, founder and managing director of Wild Frontiers, told Telegraph Travel that in the last six months or so there has been a significant increase in demand for the destination, which he puts down to "the election of a more moderate leader, and last year’s nuclear agreement”
The expectation that the British government will ease its travel advice to Iran will lead to a further increase in bookings, according to tour operators.
“Once this [advice against travel] has been lifted, we predict a further, even-greater increase in demand, one similar to when Aung Sang Suu Kyi changed her stance on travel to Burma a few years ago," Jonny Bealby added.
The Foreign Office still currently advises against all but essential travel to most of Iran, and against all travel to within 62 miles (100km) of the entire Iran/Afghanistan border and within six miles (10km) of the entire Iran/Iraq border. However, there is the feeling among tour operators and country experts that these restrictions are more to do with diplomatic relations than actual risk to travellers. Tour operators running trips to Iran currently do so against Foreign Office advice.
In January, Telegraph Travel predicted that Iran would be one of the world's top destinations in 2014, citing "epic scenery, an extraordinary history and culture and a warm welcome".
Martin Randall Travel, a specialist cultural tour operator, is planning two tours to Iran for 2015 in June and October, concentrating on the major buildings and archaeological sites in Tehran and Shiraz, the former capital of Persia. The tour will allow three days in Isfahan, to visit all the major monuments. The company last ran a tour to Iran in September 2010 and the three scheduled for 2011 all had to be cancelled.
Liz Brown, the company’s marketing manager, explained that if the Foreign Office advice remains unchanged, their 2015 tour will not run, but that they will be accepting bookings as they are expecting the advice to change later this year. This caveat will be explained in the brochure, Ms Brown added.
Travel to Iran is not without its difficulties. Female travellers must wear a headscarf at all times, alcohol is prohibited, and driving standards are notoriously poor. The current Foreign Office advice means that obtaining valid travel insurance is difficult, although operators such as Wild Frontiers offer their own policies.
In addition, British tourists currently wishing to travel to Iran must obtain their visas from the country’s embassy in Dublin, since the Iranian embassy in London has been closed since 2011. The Foreign Office currently says that the Iranian Consulate in London may be able to offer limited advice on getting a visa, a process that it warns can be “long and unpredictable”.
But Mr O’Brien of Tailor-madeadventures.com added that “while it's not ideal for travellers to have to obtain their visas outside of the UK, judging by our bookings, this is proving to be only a minor hurdle to single-minded travellers wanting to experience Iran for the first time."
Although political relations with the west have made travel to Iran difficult for the past few decades, the country holds some of the world’s most spectacular ancient ruins and religious sites, including the Unesco World Heritage site of Persepolis, which dates from 515 BC, and the expansive Imam Square in Isfahan.
Photo: Naghsh-e Jahan (Imam Square) in Isfahan, Iran, is a Unesco World Heritage Site and one of the country's main tourist draws.
------
...

Iran wants American tourists, and a boomlet has begun - latimes.com... 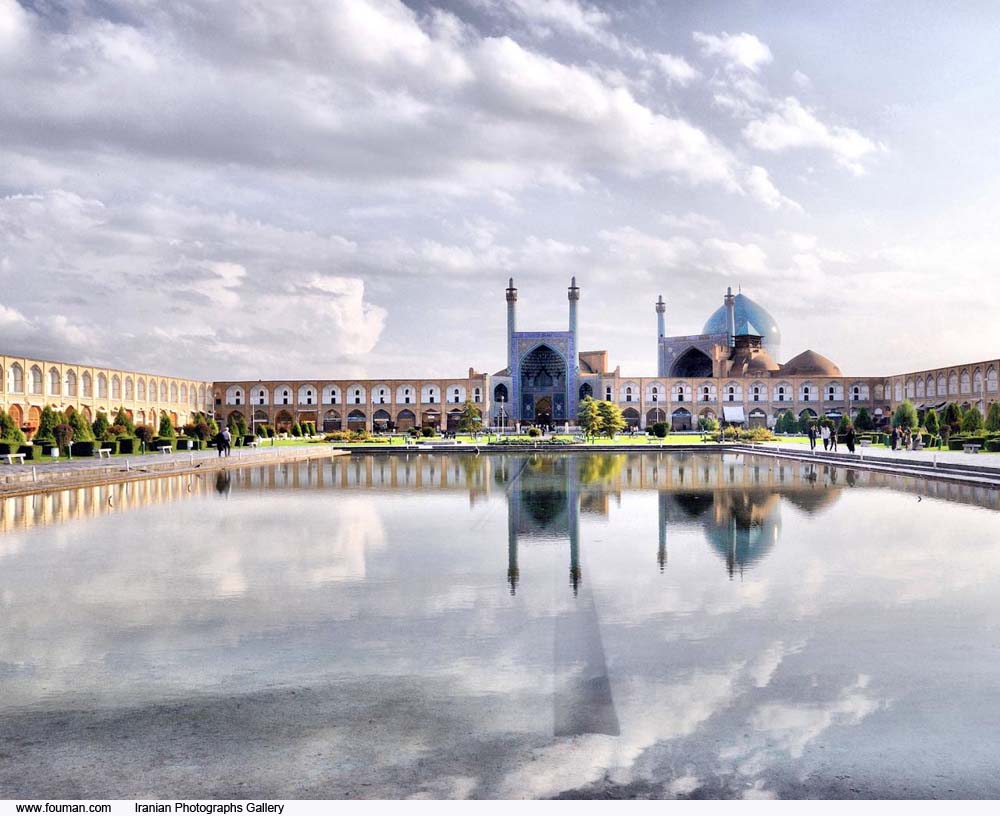 latimes.com 31/12/2013 Fun
By Christopher Reynolds December 30, 2013 The U.S. and Iran may have miles to go in their negotiations over curtailing Iran’s nuclear ambitions, but...View Details»