With the July 20 deadline for reaching a final deal on Iran’s nuclear program looming, Tehran and world powers will resume negotiations on May 13 in Vienna.

While the talks could theoretically be extended, efforts by Iran and the P5+1 (the U.S., Britain, France, China, and Russia plus Germany) to strike a final deal soon will be strong, given the considerable domestic pressure faced by the negotiating parties, particularly Iran and the United States.

Iranian President Hassan Rouhani and his Foreign Minister Javad Zarif do not want to risk providing domestic hard-liners, the arch-conservative clerics and far-right principlist members of Parliament (MP) who have criticized the government’s negotiating strategy, with another target by asking for their patience until the end of 2014 or early 2015.

Hence, the Islamic Republic is well on track in complying with the Joint Plan of Action (JPOA), the historic interim deal reached in Geneva on November 24, 2013. But consequently, and as a dialectic effect, this progress has also stirred up anxiety among Iranian sceptics.

A public conference, entitled “We’re concerned” (“delvaapasim”), was held at the former U.S. Embassy in Tehran on May 3. The panellists included conservative and far-right leaning parliamentarians, former government officials and think-tankers.

The venue of the conference was obviously symbolic. The choice illustrates the ideological nature of the agenda, notwithstanding the actual substantial concerns raised by the participants.

For the most part, Iranian hardliners argue that Foreign Minister Zarif’s negotiating team is giving away too much, too soon and therefore risks selling out Iran’s national interests.

A joint statement issued by the conference’s key speakers includes specific demands for the negotiations that can be grouped into the following: preserve Iran’s rights to an independent, peaceful nuclear program according to the Non-Proliferation Treaty (NPT); sanctions — particularly banking sanctions — must be lifted within a clear-cut timeline; and the negotiations should be transparent and opened to the public before the final agreement is signed as well as subject to approval by Iran’s Parliament and the Supreme National Security Council.

These demands indicate a sense, experienced by hard-liners, of being left in the dark about the details of the negotiations. Thus, not only are these influential stakeholders highly sceptical of the strategies adopted by the P5+1, but also of Iran’s very own negotiating team.

“What we are saying is that this [negotiating] team is entering the talks with a soft position and a diplomacy of smiling, which is not appreciated in a country like Iran that has given martyrs and struggled many years for the victory of its Islamic Revolution,” Mohammad Hossein Karimi-Ghadoosi, a parliamentarian and leading figure of the hard-line Islamic Endurance Front (Jebhe-ye paaydaari), told LobeLog.

Karimi-Ghadoosi also believes Iran might be perceived as weak with such a reconciliatory approach.

“Even though the spell of [failed] talks has been broken after eight years, we cannot see any meaningful progress if we look at all this rationally,” he said.

“Some disoriented media and those supporting the government are creating this positive atmosphere,” added Karimi-Ghadoosi, who is also a member of the important parliamentary committee for National Security and Foreign Affairs.

The concerns of critics like Karimi-Ghadoosi regarding the framework of the agreement may, in fact, be settled depending on how transparently and responsively Zarif’s team conducts the remaining negotiating sessions. With regard to Iran’s overall approach, however, these deeply conservative currents will be hard to satisfy.

Resistance as an intrinsic value

The political ideology promoted by this far-right conservative faction constantly reinvigorates the revolutionary spirit of the late 1970s. Enmity towards the West and the United States in particular is a raison d’être that will not be abandoned.

In order to flourish, this political spectrum needs tensions with the West and its allies. Isolation and segregation, rather than dialogue and integration, are what these groups prefer in Iran’s grand foreign policy strategy, which should be oriented towards furthering Iran’s status as a respected regional power.

“Negotiations on behalf of the system of the Islamic Republic must follow the path of Islamic ideals,” said Karimi-Ghadoosi in reply to my question about what negotiation strategy he prefers.

Jalili was the recalcitrant figure preferring to lecture his negotiating partners on core Islamic values rather than emphasizing the importance of reaching common ground for resolving this conflict.

In contrast, Zarif’s reconciliatory approach, in the far-right principlists’ view, does not only lead to selling out on Iranian interests, but also contradicts the fundamentals of the nezaam — the system of the Islamic Republic.

One media outlet affiliated with the Endurance Front described the May 3 conference as an illustration of how various “revolutionary currents” are able to turn core ideals and concerns into “operational directives”.

This article also explicitly mentioned that “this gathering will not have matched the taste of reformists,” underlining the event’s purposefully factional nature.

A successful Rouhani presidency depends on many factors, including the way it chooses to respond to these waves of criticism.

Warning remarks by political heavy-weights such as Alaeddin Boroujerdi, chairman of the National Security and Foreign Affairs Committee of Parliament, add to on-going internal pressure for Rouhani to conform.

Anticipating more pressure by the P5+1 on Iran to dismantle its ballistic missile capacity, Boroujerdi recently declared that “Iran’s missile power is not an issue for negotiations,” in comments posted on the hard-line Fars News Agency.

One of the shortcomings of former President Mohammad Khatami (1997-2005) was the failure of his reformist camp to integrate and address public criticism from conservative factions — a phenomenon that was performed in reverse by the Ahmadinejad government in an even more distinct fashion.

President Rouhani, a centrist through and through, tried to reach out to critics during a recently televised live interview. It seemed, in fact, that this media appearance was used for an overall — though soft-toned — rebuttal against his adversaries.

“We have not kept and will not keep anything secret,” stressed Rouhani during the April 29 TV appearance.

The “red line”, the president held, “is the right of the nation,” which will be preserved by the “thoroughly experienced” negotiating team.

Rouhani also said that bold slogans alone would not lead to political outcomes.

“From the beginning we have said that our approach in the negotiations is that of a win-win approach,” he added.

There’s no indication as of yet that the president’s remarks will tame any of his most outspoken critics, such as Ruhollah Hosseinian, Mehdi Kouchakzadeh, Seyed Mohamad Nabavian or Hamid Rasaei, all parliamentarians who were key speakers at the May 3 conference. Supreme Leader Ayatollah Ali Khamenei’s support for Rouhani is well recognized in those circles, but the hard-liners’ scepticism remains.

Rouhani and Zarif must effectively respond to these figures to avoid further radicalizing their positions. Since increasing pressure on the government would simultaneously lead to increasing pressure on the Supreme Leader, the latter’s support for the government could also become less vocal. Khamenei, too, must ultimately respond to his most loyal followers.

Photo: Participants of Tehran’s May 3 “We’re concerned” conference, which was held at the former U.S. embassy. Credit: SNN/Ali Mokhtari
------
...

The Year of Iran: Tehran’s Challenge to American Hegemony in 2014 ... 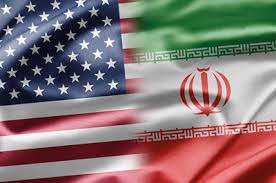